About the TempleAround 22 km south of Bhuj on the road to Mandra, the ruins of a Shiva temple lies at Kera. The history of this Shiv temple dates back to the era most of the temple portion was destroyed during the 1819 earthquake. However, the inner sanctum is still intact, along with the half of the main spire. Adjacent to the temple stands the Fort of Kapilkot which is also in a rundown state. The Shiva temple, located at Kera, is an ancient temple dedicated to Lord Shiva. The temple has been subjected to severe damages during the earthquake of 1819 and then during the earthquake of 2001. Still, the temple's spire, inner sanctum and the images are still can be seen in an adorable condition. It is said that the Shiva temple was built by Lakho Phulani. 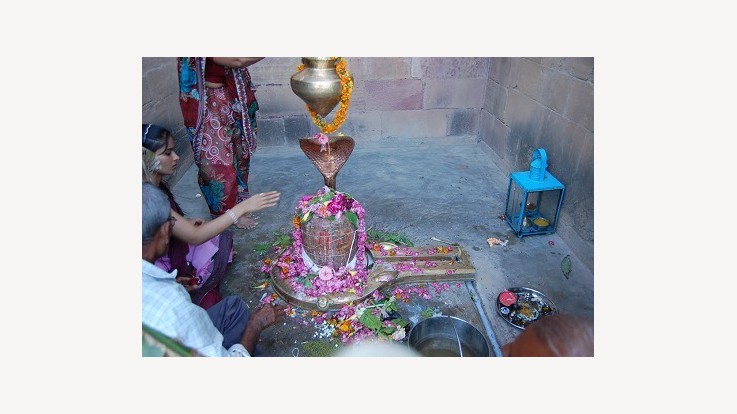 Temple History and Temple LegendThe Shiva temple of Kera is considered to be built in the later part of the 10th Century during the reign of the Solanki dynasty. The temple was badly damaged during the earthquake of 1819 which shook entire Rann of Kutch. Only the main spire and inner sanctum are present in a good condition. Later, the temple was again damaged to some extent during the Bhuj earthquake in 2001. The interior portion of the temple is square in shape. The walls of the temple are around 3 ft thick. The shrine has a pradakshina path which is nearly 3 ft wide. This pradakshina path has two open cut-stone perforated windows through which the sun rays enters. After the earthquake, only the northern wall of mandapa has survived. There are a few well-carved sculptures on the temple walls. The spire of the temple is decorated with ornamentation of eight triangle-shaped images in the form of chaitya windows. In between the windows, several well-designed figures of human can be seen. As the height of the spire increases, these human figures are repeated one above the other in gradually decreasing size. There are miniature spires at the corners of the shrine and similar type of design is seen above it in an interior set-in feature which lies at the huge central spire. The external portions of the spires are well-adorned with elegantly carved images. Several stone sculptures of Yakshas can be seen around the temple premises. 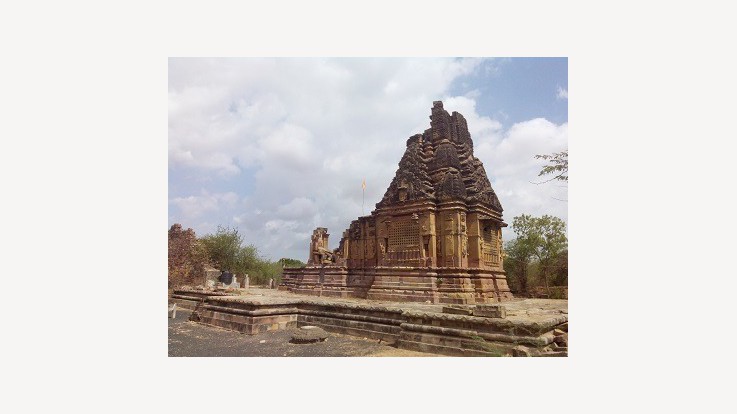 The festivals of Maha Shivratri, Makar Sankranti, Kartik Purnima, Dussehra and Diwali are celebrated with great devotion in Shiva temple. An annual fair is organized in the temple premises which is attended by a large number of devotees.

By Air: Bhuj Airport is the closest airport to the temple.

By Train: Bhuj railway station is the closest railhead that connects the adjacent areas and states.