The Durgiana Temple, situated near the Lohgarh gate in the city of Amritsar of Punjab state, is a Hindu Temple worshipping Goddess Durga as the main deity. The temple is popularly known by different names, Lakshmi Narayan Temple, SitlaMandir, DurgaTirath and Silver Temple. Its architecture is very much similar to the famous Sikh temple, The Golden Temple.

The temple stands on middle of the sacred lake known as Durgiana and a bridge connects easily to the temple. The lake is big enough measuring about 520feet*430feet. The gilded dome is just similar to that of Golden temple and marble is used for many of the temple features mainly the whole periphery flooring. A canopy is placed on the dome just as in the Golden Temple. The temple possesses rich structural work and architecture with sharp features.

There are a huge collection of Hindu scriptures within the temple. Many elegantly designed silver doors are used in the temple and so it derives the name Silver Temple. Also, the main gate measuring 12feet high and 12feet wide is made up of solid silver. In addition, there is a Bathing Ghat for the women near the sarovor. River Ravi at a distance of 5km from this sarovor supplies water through the U.B.D.C canal. In evenings, a fountain show performance can be viewed which worth watching when you visit this temple. The main temple and dome is lighted with glittering lights at nights that give an attractive scenario of the whole place. 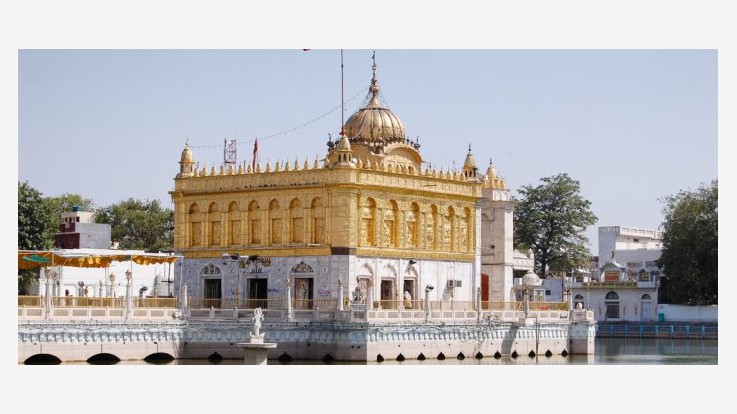 The temple originally built in the 16th century was later renovated in 1921 by Guru Harsai Mai Kapoor. The temple’s architectural style was built similar to the Golden Temple of Sikh religion also in Amritsar. Pandit Madan Mohan Malaviya inaugurated the Durgiana Temple after the renovation.

At present, the surrounding of the temple is under renovation since 2013 for providing space to worship both inside and outside of the temple and space to other facilities like shopping complex, parking area, open-air theatre in the temple.

Many measures are being taken to restrict use and sale of tobacco, liquor and meat around the temple within a radius of 200meter though Amritsar is not declared as a Holy place. 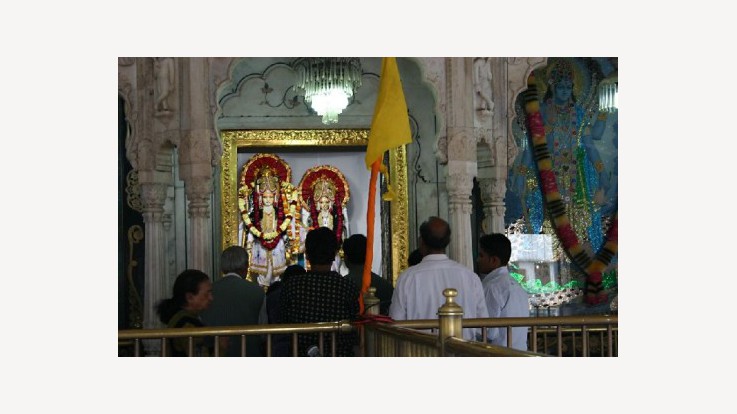 At the rear side of temple you can find an old tree of berry that remains green throughout the year. Devotees have strong belief in worshipping this tree which will fulfill their wishes. There is also a belief that by visiting the temple, one can get relieved from various ailments of their children by receiving Charnamat from the temple.

One can visit the temple any time in a year.

By Road :- The temple is accessible easily by road, rail and airport and the temple is at city center. The city is well-connected by road from main cities.

By Train :-Nearest railway station is Amritsar which is connected to all major stations in India.