Shree Govindajee Temple is the largest Vaishnav temple in Imphal, Manipur.The temple is located next to the palace of the former rulers of the Manipur. The temple structure is built out of red bricks and it features a rectangular medieval style of architecture. The temple is a simple structure with two gold plated domes, a paved court, and a large congregation hall. The temple edifice is built with bricks and mortar. The temple entrance faces East. The central chamber of the sanctum sanctorum has the idol of Govindaji, who is an incarnation of Lord Krishna, along with Radha. The sanctum is surrounded by a circumambulation or Pradakshina path. The other two chambers of the sanctum house the images of Balabhadra, Krishna, Jagannath, and Subhadra. 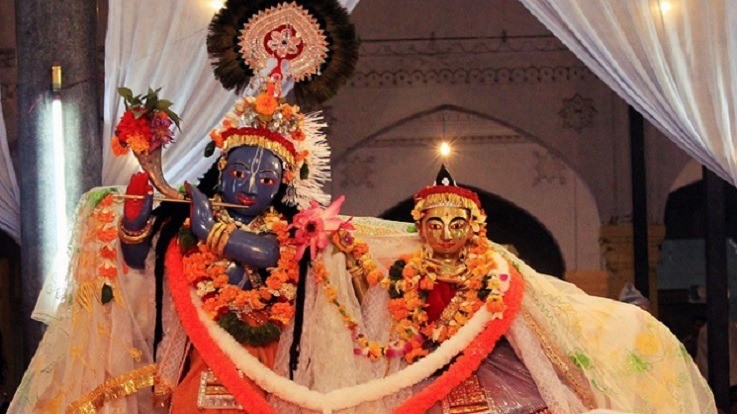 Shree Govindajee idol is 3 ft 11 in tall. It took three years to carve this idol. When this temple was built at Imphal, Lord Krishna again appeared to the king and revealed his mystic, Raas Leela. The king directed his Guru Swarupanand to seek the collaboration of all the famous exponents of dance in Manipur and adapt the Jagai-Nin-Thaag Purang to the Ras Leela.

The temple idols were moved to Kongma during the Anglo Manipur war of 1891. In 1908, when Maharaja Churchand Singh moved at his new palace, the idols were also moved and reconsecrated in the present temple. A striking feature of this temple is that the idol of the presiding deity is etched on the bark of a Jackfruit tree. A pond is seen in the temple premises which is famous for an elevated spot. It has the cemented replica of the footprints of Lord Krishna. 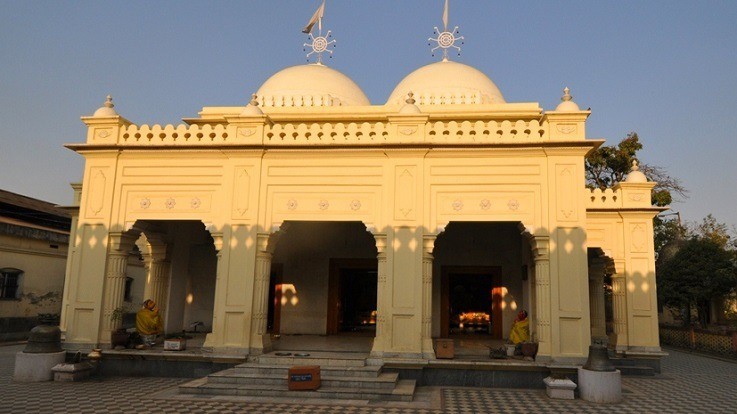 The festivals of Janmashtami and Kang Rathjatra are celebrated with great devotion in this temple.

Another important activity held in the temple premises is Raas Lila, a dance form of Manipur, during Halangkar (Holi festival), Basant Purnima, and Kartik Purnima. The idol is brought to the grounds at the sacred Kaina hill which is 29 km away from Imphal where Maharaja Jai Singh was said to have been directed in a dream by Lord Govindajee to carve out his image from a Jackfruit tree. 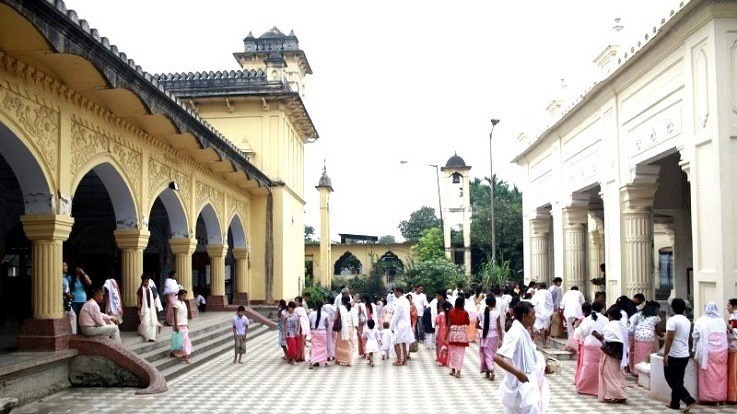 By Road: All kind of transports are available from Imphal to reach the temple. Imphal is well linked by road with most of the cities in Manipur.

By Air: The nearest airport is Imphal Tulihal airport.