Shri Ambe Maa temple is in Danta Taluka of Banaskantha district, near Gujarat-Rajasthan border.The temple is more than 5,000 years old. The main deity is Goddess Amba. The temple is very artistic in displaying Indian Culture and Traditions. A glorious Kalash, weighing more than 3 tones shines at the height of 103 ft on the top of the temple. The entire temple is made from a whole special marble and has been plated with pure gold. The temple has holy Flag of Maa Amba and Trishul.

The Main Temple is smaller with a huge Mandap and a Holy Gokh of Mataji in the Garbh – Gruh. There is a huge Chachar chowk, where the ritual worships of Ambaji is performed. The newly constructed Main Temple Nij Mandir has a holy significance in Shaki Sampraday, for its wonderful carvings and Indian traditional culture. 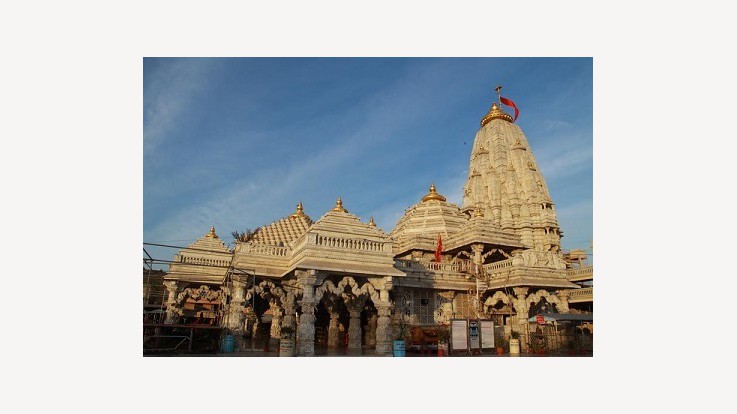 There is no idol or image in the Nij Mandir of Shri Ambaji, but a simple cave like Gokh in the inner wall, where only a gold plated Shree Yantra is placed. It is believed that worshiping Shree Yantra would bring prosperity. Shree Yantra is placed on a tortoise and it is installed ritually. There are 51 Bij letters on the Yantra. Devotees are not allowed to go near to the Yantra for darshan as it is believed that devotee cannot bear its power and can blindfolded before going near to it.

In front of the Ambika shrine, there are idols of Nageswarar, Hanuman and Nagarajar. Kumkum and Laddu are offered as Prasad. The Temple has arranged permanent lighting and illumination system that brings beautiful shining on each parts of the wonderful carvings of Nij Mandir Garbh Gruh, Courtyard, Shikhar, Shakti Dwar at night. 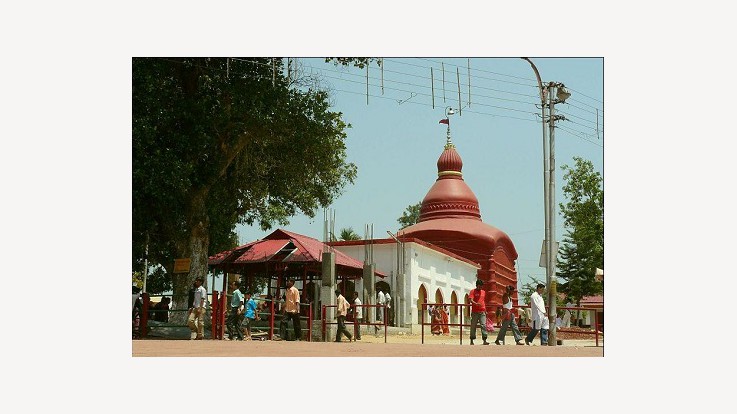 One of the oldest and revered temples of ancient India has various enthralling legends.

The Temple is among main 12 Shakti Peetha (total 51). The shrine of Amba is regarded as a revered shrine by the Shakta Shaktism sect of Hinduism. It is believed that the heart of Sati Devi has fallen here. Shakti Peethas were believed to have been formed when the body parts of the corpse of Sati Devi fell into different regions when Lord Shiva carried her corpse in sorrow after her death.

According to another story, Sri Rama and Lakshmana met Sage Srungi in the forest of Mount Abu and sought his help to reach Lanka to rescue Sita. Srungi suggested them to worship Goddess Ambika for guidance. Ambika blessed them with an arrow called Ajaya to defeat Ravana and rescue Sita.

During Mahabharata period ,the Pandavas worshipped goddess Ambika during their exile. She gave a garland called ajaymala to Bhim which would ensure victory in battles. She gave Arjun divine costumes for disguise in their last year of exile.

As per another hearsay, Rukmini, the daughter of King Bhishmak, worshipped goddess Ambika here to make Lord Krishna her husband.

Festivals celebrated in Shri Ambe Maa temple are Navratri , Posh-sud Poonam (Birthday of goddess Ambaji) and Bhadarvi Poonam. During Bhadarvi Poonam, a big Religious Fair is organized at Ambaji. Lakhs of pedestrian pilgrims and tourists attend this religious Fair of Ambaji every year.

Adivasi Mela is an unique traditional Fair of the primeval people, living around Ambaji. 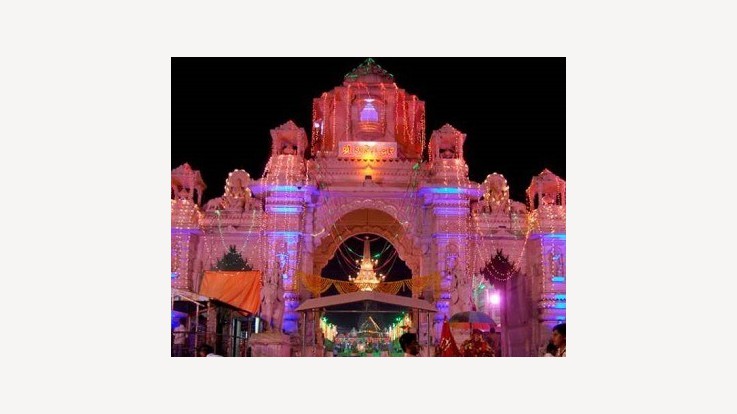 By Road:. Ambaji is 179 km from Ahmedabad and 20 km from Abu Road. From there taxi and van can be hired to reach the temple.

By Train: The nearest Railhead is Palanpur located at 60 km.