Shri Hanuman Mandir is located nestled in Sarangpur village, near Ahmedabad, Gujarat. Temple also known as Kashtbhanjandev Temple. The temple comes under the Vadtaal Gadi of the Swaminarayan Sampraday. The temple is dedicated to Lord Hanuman who is revered as Kastbhanjan or remover of sorrows. A unique idol of Lord Hanuman is seen with a handlebar moustache. Lord Hanuman is crushing a woman demon under his foot, and stands among the monkey followers. 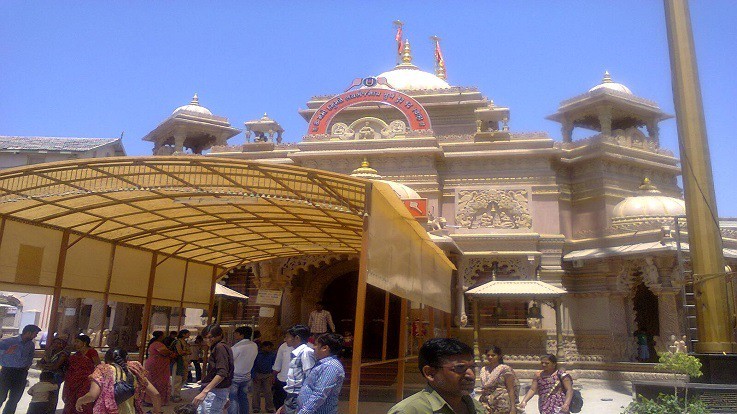 Hanuman was born to Anjana who was an apsara, named ‘Punjikasthala’. She was born as a female Vanara on the earth due to a curse. It is said that the curse was supposed to get removed after giving a birth to an incarnation of Lord Shiva. Hence, Anjana performed penance to Lord Shiva to beget him as her child. Lord Shiva blessed her with the boon as he was pleased with her devotion. 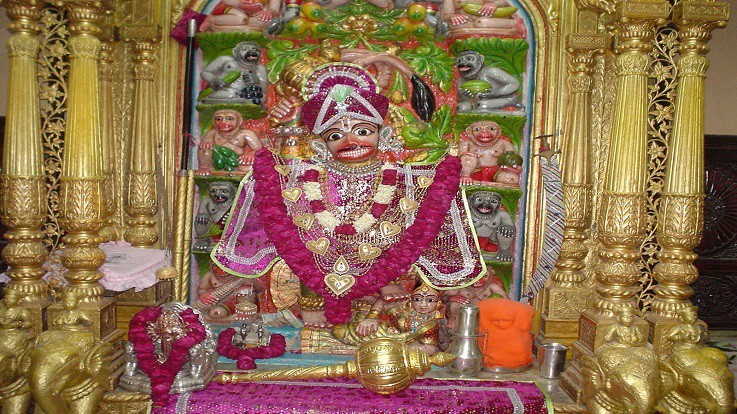 Salangpur Hanuman temple is famous for evading off the spirits and ghosts from the people who are gripped by such evils. Devotees come to Sarangpur at the feet of Lord Hanuman to get rid of mental problems. The priest performs a special puja and rituals near the well of the temple. The entire ritual takes around couple of hours. Sarangpur Hanuman Temple is considered to be very sacred and powerful. It is said that the people who are affected by ghosts and spirits will get rid of it by a single mere look of Lord Hanuman.

Special rituals are performed on Saturdays for those affected by mental illnesses and other disorders. Such people are treated with the rod used by Sadguru Gopalanand Swami during the installation ceremony of the idol. This rod has now been covered in silver. Festivals of Holi, Hanuman Jayanti, Ram Navami and Diwali are celebrated in this temple. The chapter of Sundar Kand is recited by devotees, preferably on Tuesdays and Saturdays along with some special prayers for Lord Hanuman. 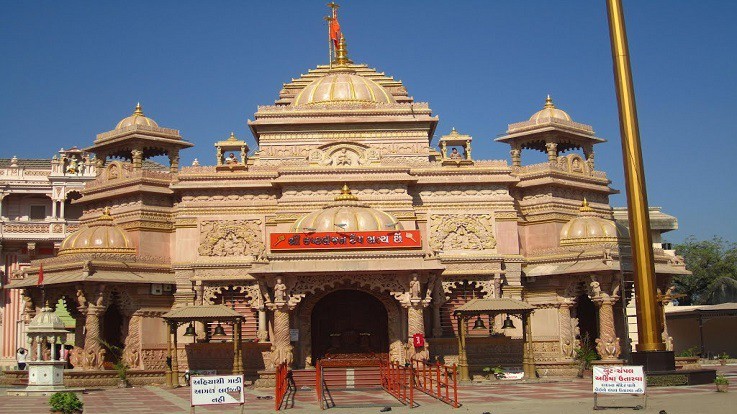 By Air: Sardar Vallabh Bhai Patel airport in Ahmedabad is the nearest airport to the temple.

By Train: Botaad is the closest railway station which is 73 km away from the temple.

By Road: The temple is well linked with all foremost towns and cities of Gujarat by road.