About the Temple The temple of Shri Shaktambika Mataji is situated at Paswadal near Siddhpur in Gujarat. Shaktambika is Kuldevi or "Family Goddess" of Sage Gautama's descendants, who are from the "Gautam Gotra" or Clan of Sage Gautam. 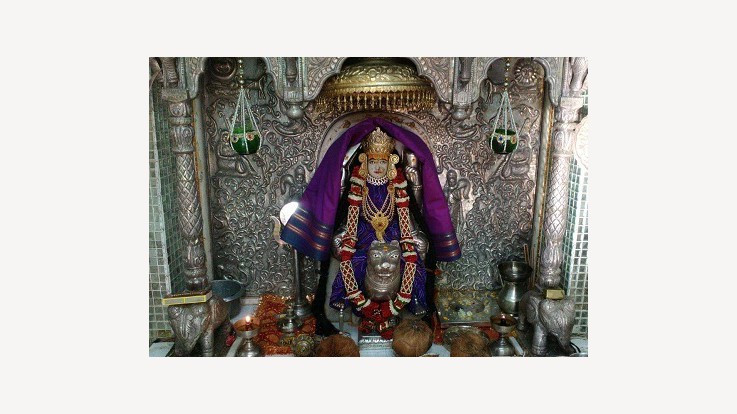 Temple History and Temple Legend It is said that King Mulraj Solanki of Solanki dynasty was ruling the North Gujarat region around 1100 years ago. He developed twin town of Siddhpur and Patan as capital cities. He had done much unjust to the people. To get rid of his deeds, he decided to build a temple for Lord Shiva in Siddhpur. Hence, the king invited several scholar Brahmins to perform some rituals and puja before starting the construction of the temple. Among these, Gautam Gautri brahmins were also invited. They were carrying their Goddess in a caravan to Siddhpur. The caravan suddenly stopped at Pushpawati town which is located adjacent to Siddhpur city. As per the instruction of Goddess, Gautami Brahmins established their Goddess in this city. Later, goddess became popular by the name of Shaktambika.

King Mulraj gave away the entire city to the Gautami Brahmins. Later, this Brahmin community was known as ‘Pushpadaliya’. In the time being, due to the curse of a sage, the city was demolished and people left the city. After 800 years, due to evidence of the presence of the temple of ‘Shaktambika Mataji’, the Rabari community people re-developed this town. Later, many people of the different community lived here and the village was known by the name ‘Paswadal’. The popularity of Shaktambika Mataji returned with the rehabilitation which was done in 1971. 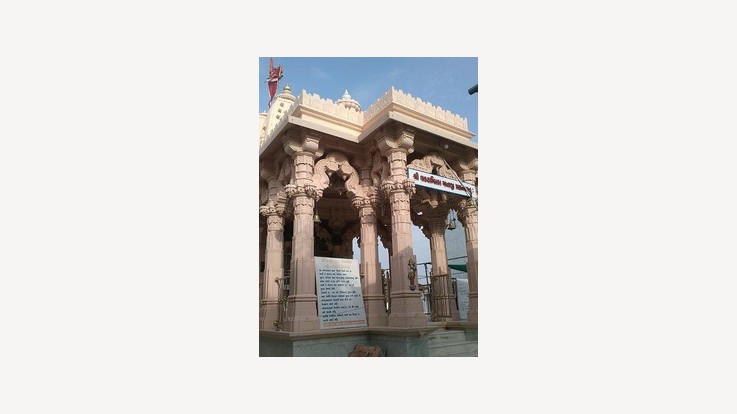 Festivals and Celebrations The festivals of, Holi, Chaitra Navratri, Ashvin Navratri, Dussehra and Diwali are celebrated with great devotion in Shaktambika temple. Maha Mataji’s Patotsav is celebrated on the seventh day of Maha Sud. How To Reach By Air: Sardar Vallabh Bhai Patel Airport located at Ahmedabad is the closest airport. By Train: Siddhpur (nearly 12km )and Chhapi (8are railway station is the closest railhead that connects the adjacent areas and states. By Road: Buses and taxis are available to access the temple. The place has well built and well-connected road network.