About the TempleA magnificent temple of Lord Shri Swaminarayan has been established according to the traditional and Vedic architectural methods. The beautiful temple stands on the bank of Hamirsar Lake in Bhuj, Kutch. Bhuj is among one of the six holy places where Lord Swaminarayan himself had established the temple. This thought of Lord Swaminarayan represents the deep amount of spirituality which is offered by the land of Kutch not only in the past but even today. The idol of Narnarayan Dev was installed by Lord Shree Swaminarayan on 15 May 1823 and later Acharya Shree Ayodhyaprasadji Maharaj installed an idol of Hari-Krishna Maharaj on 06 March 1867. Besides these, the temple also houses images of manifestations of the Lord in the central dome, idols of seated Radha-Krishna Dev and Guru Hari-Krishna at the eastern dome, and idol of Ghanshyam Maharaj in the western dome. The main square of the inner temple is known as Roop Chowki which houses the images of Lord Ganapati and Lord Hanumanji. 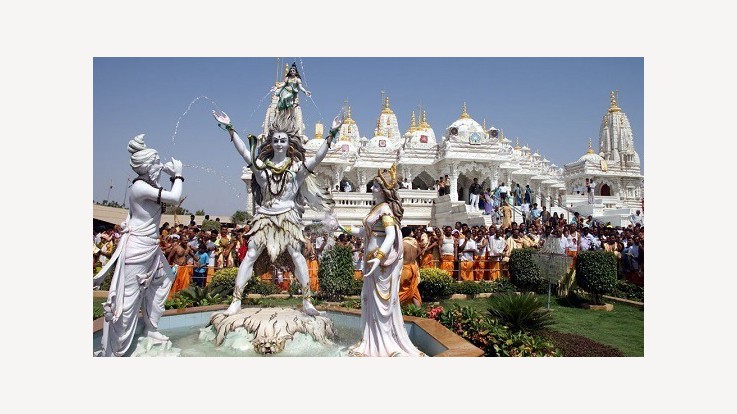 During the earthquake of 2001, the northern portion of the temple that was built by Lord Swaminarayan got destroyed. However, after a mutual agreement between Acharya, Saints and the devotees from all corners of the globe, it was decided to house these idols inside a grand new temple. This new temple stands a short distance away from the original place. The brick installation ceremony was performed on 7th May 2003. It took Seven years for the completion. Facing towards the east, the temple stands on a grand podium and is constructed mainly of high quality and pure white marble. 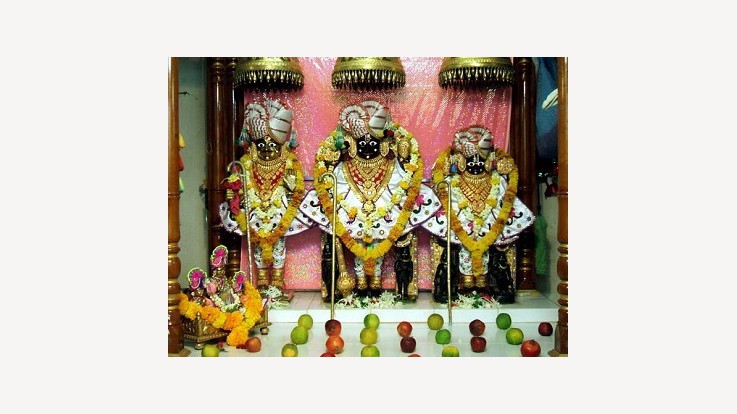 The present temple is spread over the area of 35,000 sqft. The new temple has 7 towering pinnacles. The temple is comprised of a central dome, 258 pillars and 25 smaller domes. The fringes are beautifully carved into the marble of Makrana and Ambaji which renders beauty, serenity and the divine approach to the temple. The temple has 11 sanctums and 64 idols consisting of 10 Avatar, 12 Digpal, 19 Deities, 9 Planets and 14 Vyaal. Akshar Bhavan treasures the personal items of Swaminarayan. 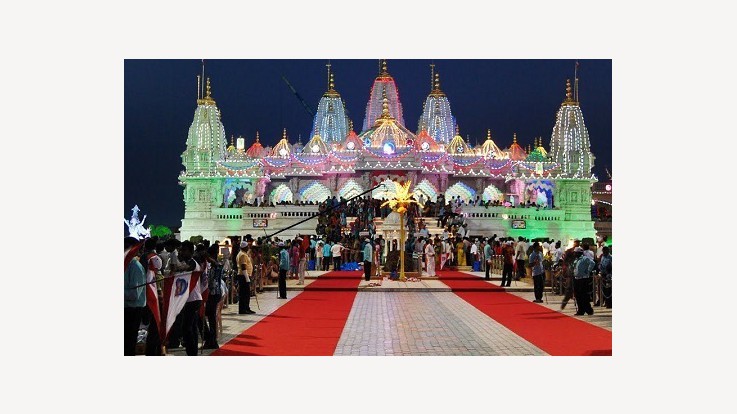 By Air: Bhuj Airport is 6.8 km away from Shree Swaminarayan Mandir.

By Train: Bhuj railway station is 3.6 km away from the Swaminarayan temple.

By Road: Bhuj has a well-connected network of nice clean roads which makes it easily accessible through roads. Buses and private vehicles are available from the nearby cities of Gujarat.