Siddhivinayaka Mahaganapati Temple is located in Titwala town in the Kalyan Taluka of Thane district near Mumbai, Maharashtra. The temple is devoted to the elephant-headed god of wisdom Ganesha. Titwala is believed to be the putative site of the hermitage of sage Kanva, foster parent of Shakuntala who was born here. The place has immense importance in ancient legend. The temple is frequented by thousands of devotees on account of the belief that separated married couples could be re-united and marriages of desired people could be fixed if Lord Ganesha is worshiped with devotion in this temple. 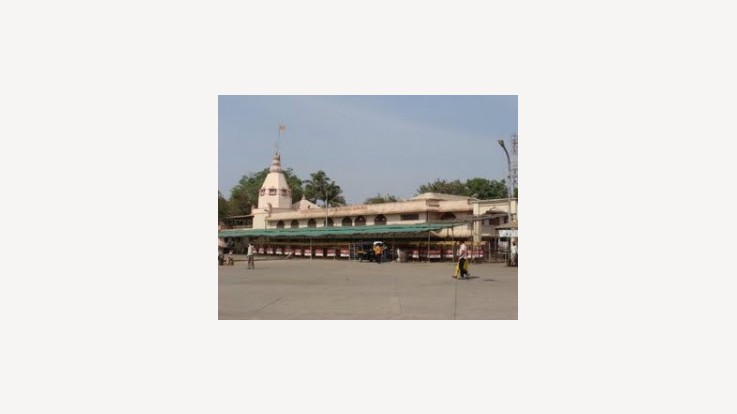 Siddhivinayaka Mahaganapati temple was constructed by Shakuntala. During the regime of Peshwa Madhavrao I, to tackle the drought situation in the town, the tank was de-silted for providing drinking water to the locals. It was during the de-silting operations that the temple was recovered buried. The buried idol of Lord Ganesh was found by Sardar Ramchandra Mehendale. Soon after that, the renovation of the temple was started, and a stone temple was developed. Peshwa Madhavrao I enshrined an ancient Ganesha image in this new temple, after conquering Vasai fort. The earlier temple was very small with a wooden audience hall, which was in a dilapidated condition. In the year 1965–66, the renovation work was initiated again, and a new temple was constructed at the same place. 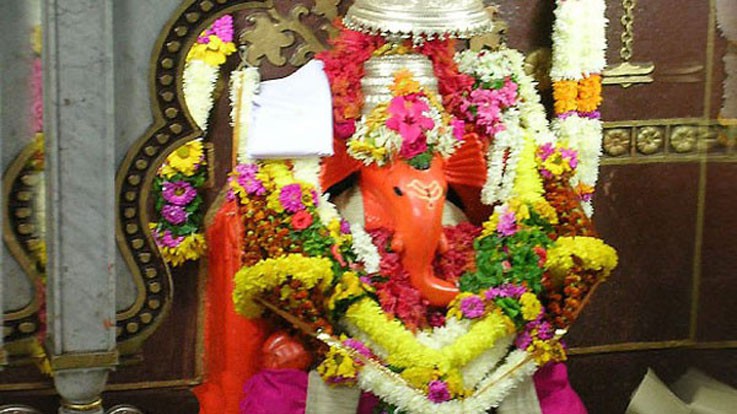 The current temple is spread over 3–5 acres of land donated by the Peshwas, which was further supplemented by 12 acres of additional land donated by Joshis, the hereditary priests of the temple. After renovation, the audience hall has been provided with galleries that overlook the main hall. The temple has been built on the raised platform. The temple hall has marble flooring. The eyes and the navel of Ganesh idol have been adorned with ruby stones. On the right of the main entrance door is Shiva shrine. A lamp tower can be seen in front of the temple. The temple pinnacle is decorated with sculptures of the Ashtavinayaka, eight revered Ganesha temples of Maharashtra. In the main sanctum, the footwear of Shri Vengaonkar Joshi, a Ganesha devotee is also seen. The temple was renovated in the May 2009 by the temple trust and the Kalyan Dombivali Municipal Corporation (KDMC).

Angarika Chaturthi is considered auspicious days to worship Lord Ganesh. Ganesh Chaturthi and Ganesh Jayanti is celebrated with great fervor when thousands of devotees gather in the temple.

By Road: Titwala is around 15 km away from Kalyan. Buses, Auto-rickshaws, and private vehicles are available to reach the temple.

By Air: Mumbai airport is 75 km away from Titwala.

By Train: Titwala and Kalyan are the nearest railway stations.