The Somarama Temple also known as Sri Someshwara Janardhana Swamy Temple is located in Gunpudi Bhimavaram, West Godavari district of Andhra Pradesh. It is one among the Panchrama Kshetras of Lord Shiva.

The temple was built in 3rd century A.D. by The King Chalukya. The speciality of this temple is the Shivalinga here changes its colour according to the lunar aspect ‘SadyajathamukhaSwaroopam’. Consequently the Shivalinga turns to white on Full-moon day (Pournami) and to black on No-moon day (Amavasya).

Goddess Annapurna temple is built on top of Shiva temple which is something unforeseen in any other temples and the goddess has a sacred thread around her neck and a baby near her feet which is something rare.The temple has a new look because of its coloured wall paintings and sculptures. A pond in front of the temple called Chandrakundam is fully covered with Lotus flowers. To the south of GarbhaGruham there is a marriage hall at ground and first floor. To the east of this temple there is a Pushkarini pond called as Somagundam. A 15-foot pillar is constructed in front of the Big Gopuram at the main entrance. Also there is a big statue of Nandi in the temple hall. 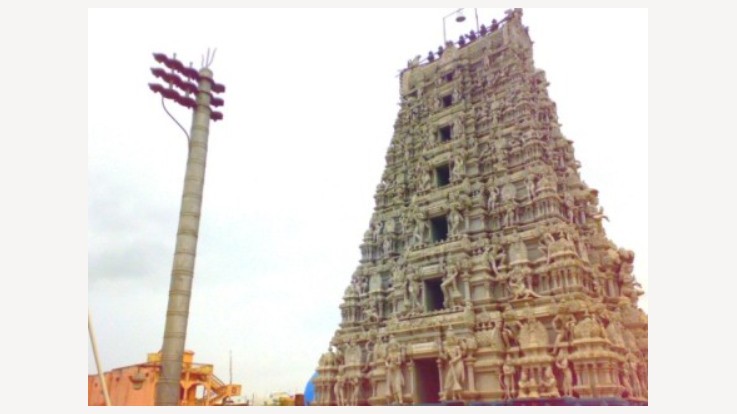 There are two famous legend about the temple. First one is widely illustrated in Hindu mythology as one of the PanchramaKshetras. The legend says that, the Shivalinga was owned by Rakshasa King Tarakasura and he was so powerful that no one could win over him due to the power of Shivalinga. Lord Kumara Swamy used his powers (Sakthi Ayudha) to kill Tarakasura into pieces but failed as they reunited again and again. On the guidance of Lord Sriraman Narayana who informed him to break the Shiva lingam worn by Tarakusura into pieces first and then place them in five different places forming the sacred temples (PancharamaKshetras). All these temples were formed by the power of Agniyasthra used by Lord Kumara Swamy. The Lord Chandra installed Shivalinga in Bhimavaram temple and hence the name SomeshwaraSwamy.

Another legend says that, Lord Shiva when destroyed Tripura’s during ‘Tripura Samharam’, all that was left was a Shivalingam in the throat of Lord of Tripuras was broken into five pieces and installed for worship in five different places as Pancharama Kshetras.

As per the local people, this temple has a lot of powers and all the wishes come true whoever visits this temple. 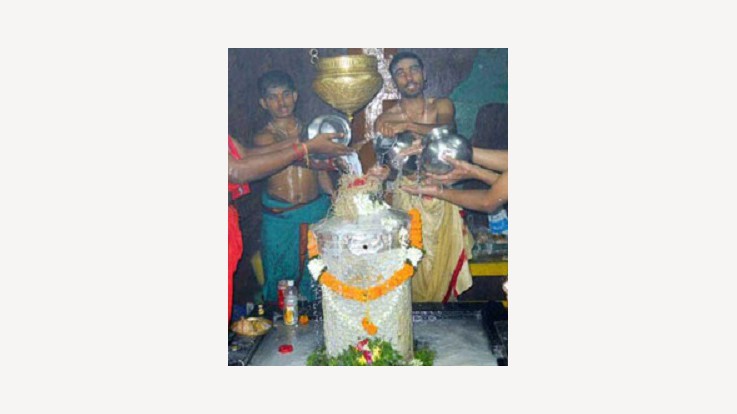 The main festivals celebrated here yearly are MahaShivaratri and Sarannavaratri.

By Bus:-Excellent bus services are available  from Palakollu, Vijayawada and can be accessed easily by NH5 roadways.

By Train:-Only few trains running from Kolkata side reach Bhimavaram.

By Air:-The Rajahmundry airport is the nearest which is 56km away from Bhimavaram.

The  rooms and halls available at reasonable rates. Online services are also available.