Trikoteshwara Swamy Temple is nestled in Kotappakonda village of Guntur district in Andhra Pradesh. The main deity Lord Shiva is worshipped here as Shri Trikoteshwara Swamy. The height of three peaked KotappaKonda hill is 1587 feet and the temple is constructed at the height of 600 feet. These three peaks represent Lord Brahma, Lord Vishnu, and Lord Mahesh.

Here, Lord Shiva is established in the form of shiva lingam. A steep flight of 750 steps leads to the temple. A number of lakes, ponds can be seen on the hill and in front of the temple. 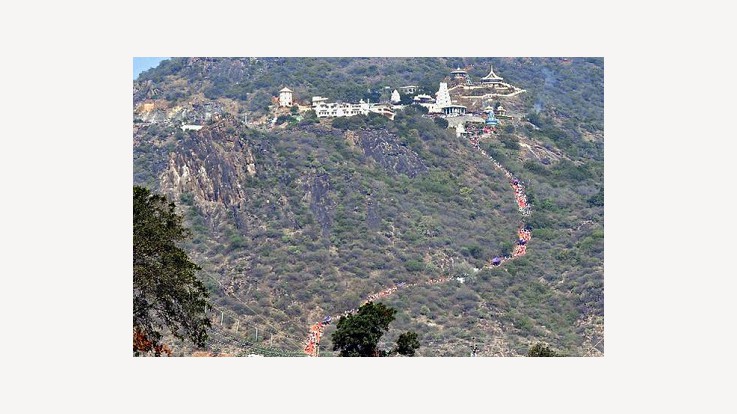 History of the TempleThe original name of this place is Kondakavuru, but now it is popularly known as Kotappakonda or Trikutaparvatam. This temple came into existence even before 1172 AD. It is believed that Zamindars of Narsaraopet, Amaravathi, Chilakuripet and several others collectively donated large acres of lands for the maintenance and development of this temple. The uniqueness of this temple is that only three peaks can be seen from all the direction and hence it is also known as Trikoota hills. These three peaks are known as Brahma Shikharam, Rudra Shikharam, and Vishnu Shikharam.

Brahma Shikharam is the main temple which is located on this hill.

Lord Papanaseshwara Temple is located on Vishnu Shikharam. Here, the Lord Vishnu did penance to please Lord Shiva. The temple has a holy pond which is known as  “Papanasa Teertha”. 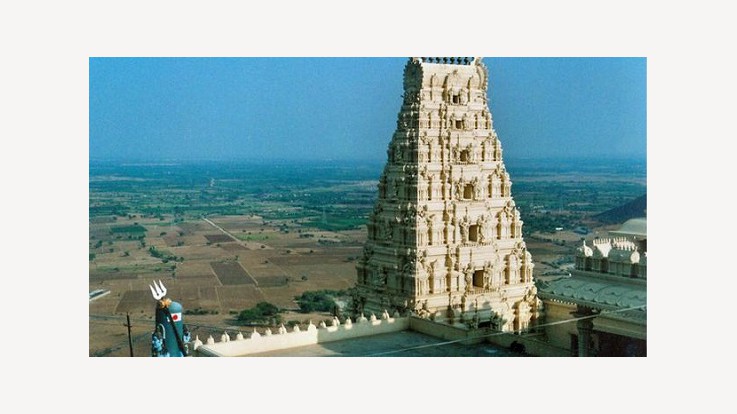 LegendAs per the legend, after destroying “Daksha Yagnam”, Lord Shiva converted himself into 12 years old boy and performed penance as Dakshana Murthy in Kailasam. Lord Brahma prayed to Dakshana Murthy and pleaded him to impart the knowledge of “Brahma”. On their request Dakshana Murthy agreed and asked them to visit Trikuta hills, where he revealed the secret of ‘Brahma’ making these hills holy and sacred. As Dakshana Murthy observed celibacy, no marriages are held at this place, in this temple. 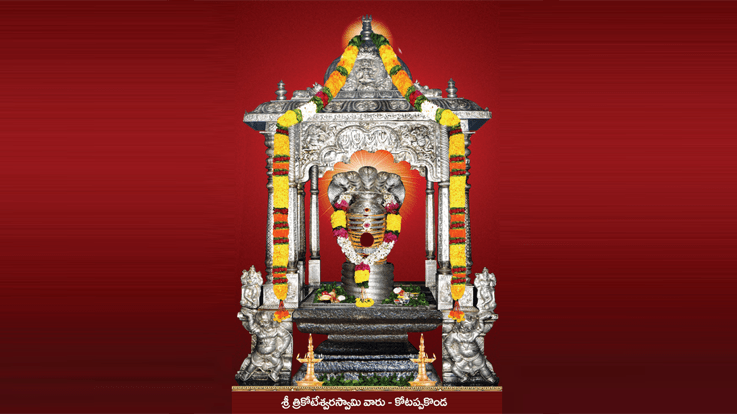 Festivals and CelebrationsKotappakonda Thirunalla is celebrated during Mahashivaratri with great devotion. Apart from daily pujas, Abhishekam, Asthotharam and Archana are also performed in the temple.

By Road: Bus services are available from all major places in Andhra Pradesh and Telangana to Trikoteshwara Swamy Temple.

By Train:The nearest railway station is Narsaraopeta Railway Station which is 12km away.

By Air:The nearest airport is Gannavaram Airport which is 102 km away.

Bhadrakali Temple: The divine temple of the divine