Sri Uma Maheswara Venkateshwara Swamy temple consecrated to Lord Shiva is located in Kurnool District of Andhra Pradesh. The presiding deities in this temple are Lord Shiva along with Goddess Parvati and Nandi. The unique feature of the temple is the huge Nandi which stands in main temple gate.

Sri Uma Maheswara Temple was built in the 15th century by King Harihara Rayalu of Sangama Dynasty of the Vijayanagara Empire. The temple is constructed according to Vaishnava traditions. The temple architecture and carving displays the extraordinary skills of an ancient Vishwakarma Sthapathis. The tower of the temple bears beautiful sculptures. 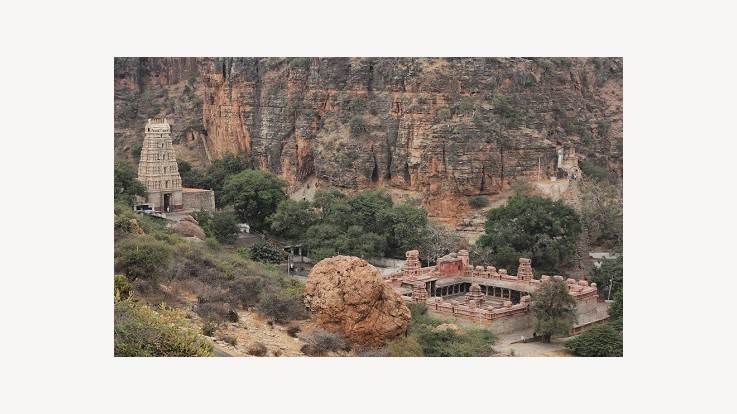 Pushkarini, a small pond is seen in the temple complex, The Water flows into the Pushkarini pond from the bottom of the hill through the mouth of a Nandi. The origin of this fresh and sweet water remains unknown. It is a mystery that how this water reaches the pond and flows throughout the year. Devotees take a holy bath in Pushkarini water before worshipping Lord Shiva. 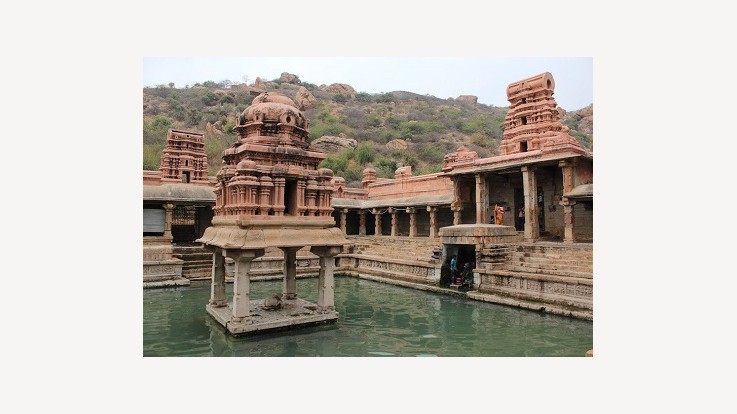 Legend of the TempleThe sage Agastya had a desire to construct a temple for Lord Venkateswara on this place. However, the statue could not be installed as it has a broken toenail. The sage became unhappy. He performed a penance to please Lord Shiva. When Lord Shiva appeared in front of him, he said that this place resembles Kailash. Sage Agastya then urged Lord Shiva to reside with Goddess Parvati as Lord Uma Maheswara in a single stone for eternity. Lord Shiva obliged. Hence, this place is known as Umamahesware temple. The shrine contains the idol of Shiva and Parvathi on a single stone. 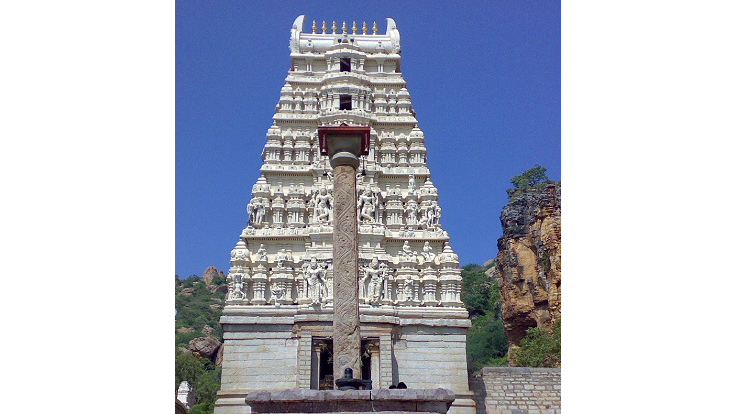 Another story says, a devotee of Lord Shiva named Chitteppa, was worshiping Lord Shiva and Lord appeared to him as a tiger. Chitteppa knew that it was Lord Shiva. In excitement, he shouted "Neganti Shivanu ne kanti" meaning I saw Shiva, and danced joyously. There is a cave which is named after Chitteppa.

Interesting factsThe locals believe that the Nandi idol installed in the temple premises is continuously growing in the size. According to the locals, the actual idol was much smaller than its present size. The certain experimentation revealed that the rock out of which the idol is carved is growing at the rate of 1 inch per 20 years. A pillar had already been removed to accommodate the increasing size of the Nandi. According to Potuluri Veera Brahmendra Swamy, the Nandi will awake and shout when kali yuga ends.

According to another hearsay, once the Sage Agastya was performing penance. Suddenly some crows started disturbing him. He became angry and cursed that the crows cannot enter in this temple place. Since the crow is the Vahana of Lord Shani, it is said that Lord Shani and crows both cannot enter this place. 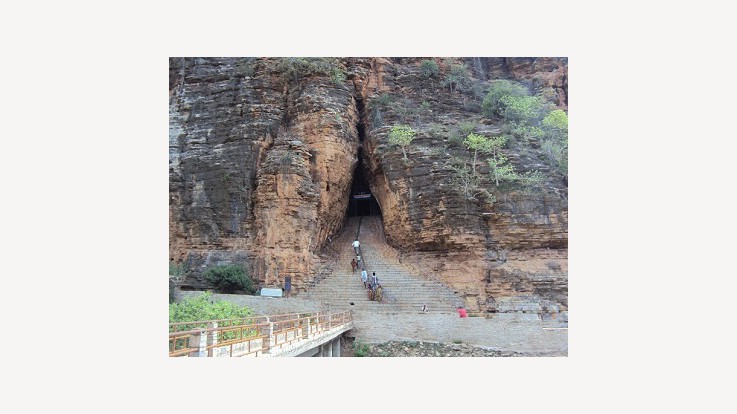 Festivals and CelebrationsMahashivratri and Navratri are celebrated with great zeal.

By Air: Hyderabad airport is the nearest airport which is 290 km away from the temple.

By Train: The nearest railway station is Nandyal, which is 48 km away.

By Road: Bus services are available to Yaganti from Kurnool, Banaganapalle and other major towns nearby. The best way to reach the temple is by car or a private taxi.