Abut the TempleSun Temple located at Modhera is one of the rare shrines that are dedicated to the Sun God. The temple stands on the banks of Pushpavati River in Modhera. However, worshipping is not permitted in the temple. At present, the temple is maintained by Archaeological Survey of India. Located on a hill at Modhera, the temple is among one of the exceptional temples of Gujarat. The temple is somewhat similar to the Sun temple at Konark, Odisha in terms of design. The temple has been constructed in such a manner that the sun rays fall directly on the idol of Surya at dawn. 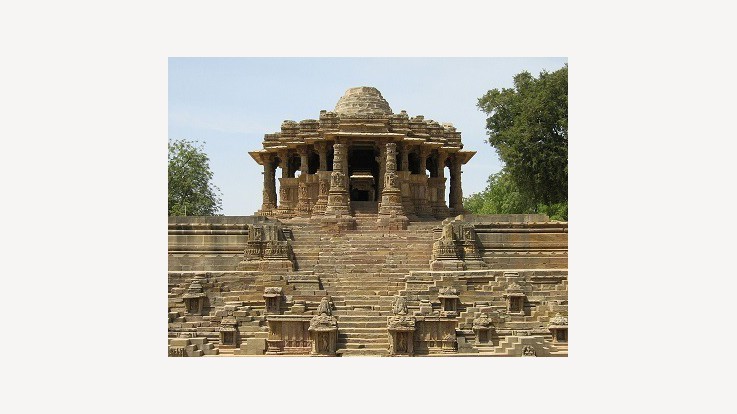 Temple History and Temple LegendModhera Sun temple was built by King Rushabhdev Bhimdev of the Solanki dynasty in 1026 AD. Solanki rulers were believed to be the descendants of Sun God. Modhera Sun temple has been mentioned in Skanda Purana. The adjoining area of Modhera was known as Dharmaranya and the place was visited by Lord Ram. According to a legend, after defeating Ravana, Lord Ram went to sage Vasistha in search of a sacred site in order to make himself ceremonially clean from the sin of killing Ravan who was a Brahmin. Sage Vasistha directed him to Dharmaranya. Lord Ram stayed in a small village called Modherak in Dharmarnya. Today, this village is known as Modhera. Thus the temple has a religious significance. 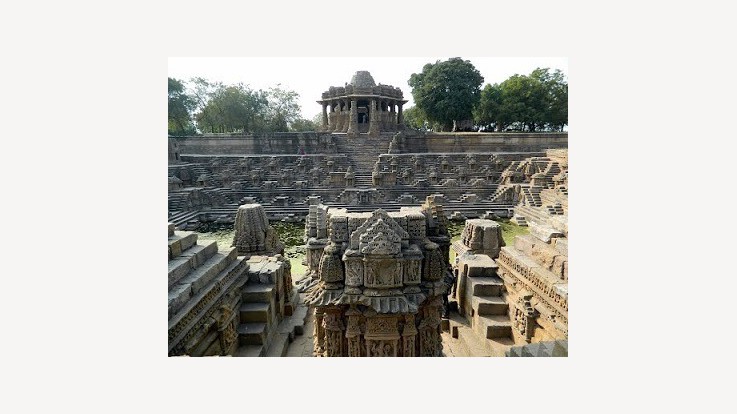 Temple ArchitectureThough this Sun temple was badly damaged by Mahmud Ghazni, the architectural grandeur is still visible. The ruins provide a great enchantment to behold. Established on a high podium, the temple appears grand with its majestic edifice. The exterior walls are engraved with fine carvings. Every part of the edifice is decorated with the sculptural images of Goddesses, Gods, beasts, animals, birds and flowers. Modhera Sun Temple is mainly divided into three parts called Surya Kund, Sabha Mandap and Guda Mandap. Surya Kund is a deep and stepped water tank located in front of the temple. In the earlier times, this rectangular water tank was used to store water. The devotees would take a holy dip before entering the temple. At least, 108 shrines adorn the steps of water tank including the shrines of Lord Ganesha, Lord Shiva, Goddess Sheetala and many other deities. In front of this tank, a huge archway leads to the Sabha Mandap. 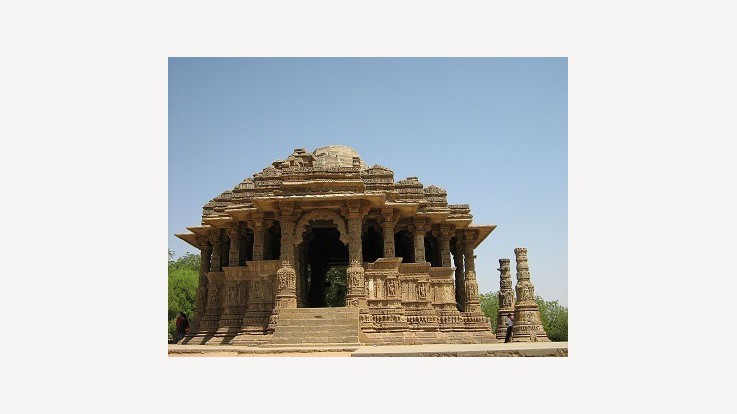 Festivals and CelebrationsTo display the ancient history and rich cultural traditions, every year Modhera dance festival is held during the third week of January in the backdrop of the Sun Temple. The renowned Indian artist performs here. The festival is organised by the Tourism Corporation of Gujarat.

By Air: The nearest airport is Sardar Vallabhbhai Patel airport located at Ahmedabad which is 75 km away from Modhera Sun temple.

By Train: Mehsana is the closest rail head which is 26 km away from Sun Temple.

By Road: Modhera Sun Temple can be reached from all the major cities of Gujarat. Modhera has located 102 km away from Ahmedabad. Buses, taxis and private vehicles are available from Ahmedabad to reach Modhera.