Surkanda Devi temple is situated close to t Dhanaulti hill station in Tehri District of Uttrakhand at an altitude of about 9976 ft. The place is surrounded by dense forests and offers a scenic view of the surrounding region. Surkanda Devi temple is one of the Devi Darshan triangle temples, the other two being those at Chandrabadani Temple and Kunjapuri temple. Surkanda Devi temple offers a 360 - degree view of entire Garhwal valley and Dehradun valley. Most of the devotees trek along the route to reach the temple. Few choose to make pony ride to reach the temple. 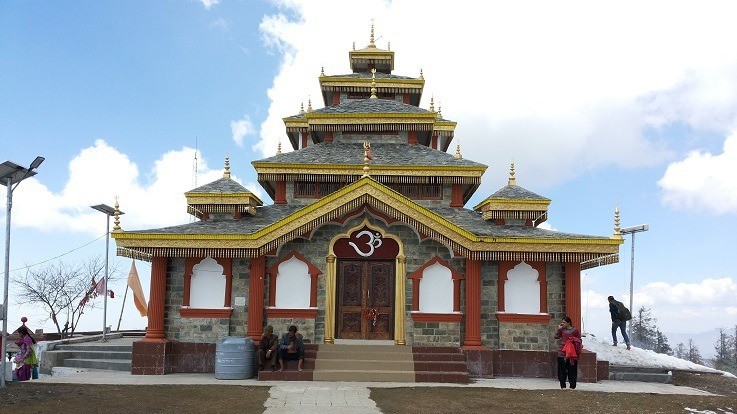 The origin of Surkanda Devi is associated with the Legend of Lord Shiva’s Taandav dance after his consort Sati immolated herself out of the incidents that occurred after Dakhsha her father insulted her husband, Lord Shiva by not inviting for the grand yagna ceremony that he conducted. During the Taandav dance, Lord Shiva carried the dead body of Sati in his arms. An enraged Shiva caused fears in the Celestial world. Hence, Lord Vishnu sent his Sudarshan Chakra, which destroyed the Sati’s corpse. The pieces of her body kept falling until Lord Shiva was left without a body to carry. After this, Lord Shiva sat down to do Mahatapasya. At least, 51 pieces of Sati’s body found scattered around in Indian sub-continent and nearby areas. The spots where Sati’s body parts were dropped, later assumed as places of Shakthi Peeths among which Surkanda Devi Temple location is the one where her head fell. Due to the fall of head part of Sati, the place acquired the name Sirkhanda which in the passage of time became Surkanda. All these Shakti Peeths are dedicated to various powerful goddesses. 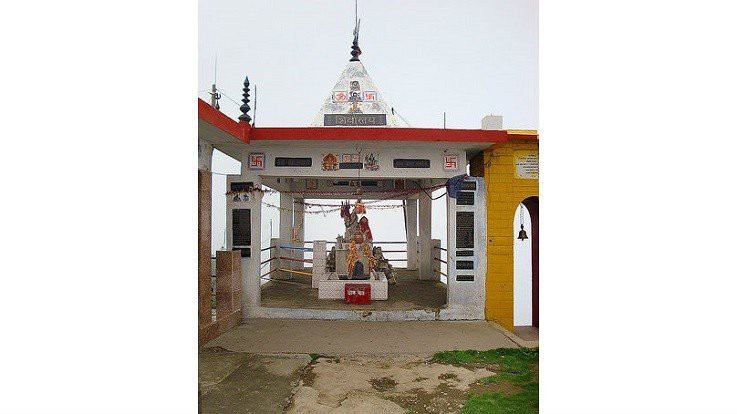 Surkhananda Devi Fair is celebrated on the eve of Ganga Dussehra at the temple. The Ganga festival is celebrated during the month of May and June every year. The festivals of Dussehra, Deepavali and Chaitra Navratri are celebrated joyously at Surkands Devi temple.

By Air: The nearest airport is Jolly Grant (82 km) which is located at Dehradun.

By Train: Dehradun (66 km) is the nearest railway station Regular buses are available from Dehradun to Dhanaulti.

By Road: The temple can be reached from Dehradun which involves trekking for about 1 km distance from Kaddukhal on Dhanaulti Chamba Road.