Tigawa or Tigowa is a village in Madhya Pradesh near Bahuriband, Jabalpur which houses several temple remains. Out of these temples only Kankali Devi temple is well preserved till date. Tigawa is a small village which was once a town with a fort named Jhanjhangarh. The literal translation of Tigowa is ‘three villages’. The Kankali Devi temple and a Vishnu temple are very famously referred to as the Tigawa temple.

The temple has a sanctum and portico supported by four pillars. The portico was covered with walls containing panels. It is covered with a flat roof. An image of Lord Narasimha is installed inside the sanctum. The portico depicts an image of the Sheshashai Vishnu or Narayana and Chamunda or Kankali Devi. The temple also has a large idol of Buddha or Tirthankar with snakes above the head.

The monument site at Tigawa contains ruins of about 36 temples. However, only Kankali Devi temple is standing at present. The temple history dates back to Gupta period. The temples were in varying sizes from 4 to 15 ft sq. 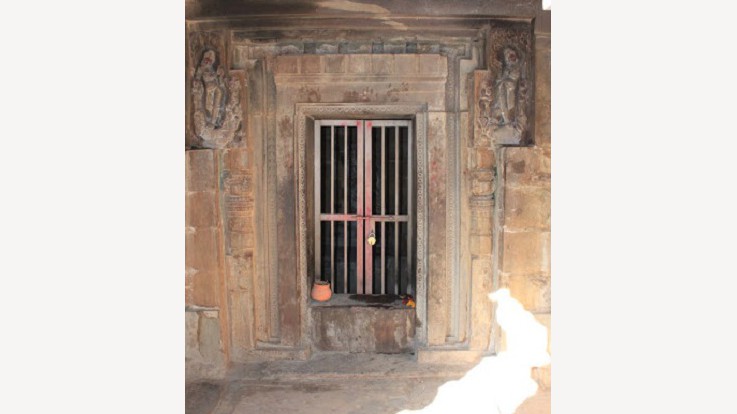 The sanctum is 12.75 feet square outside and about 8 feet square inside. It is covered with a flat roof. Doorway of the sanctum is done in T-shaped style with over-hanging lintel beyond the door-jambs.

Temple Legend:Kankali Devi Temple – Earlier, the temple was comprised of a sanctum and an open portico. Later, the portico was covered with walls containing panels. The open portico was converted into a closed mandapa The sanctum is covered with a flat roof. The T-shaped doorway of the sanctum has over-hanging lintel.. Two pilasters, one on either side has the images of Goddess Ganga and Yamuna plucking a fruit from the tree. An image of Narasimha is established inside the sanctum. This shaft is topped with a purna-kalasha. Various sculptural panels can be seen in the side walls of the temple mandapa. A panel depicts image od Goddess Chamunda or Kankali Devi and hence the temple got the name Kankali Devi temple. An image of Lord Vishnu resting on the Adi-shesha can be seen on another panel. There is a sculptural panel which displays a seated pauper with elongated ears and a large crown over his head. Such posture is usually seen in Buddhist and Jainism sculptures. 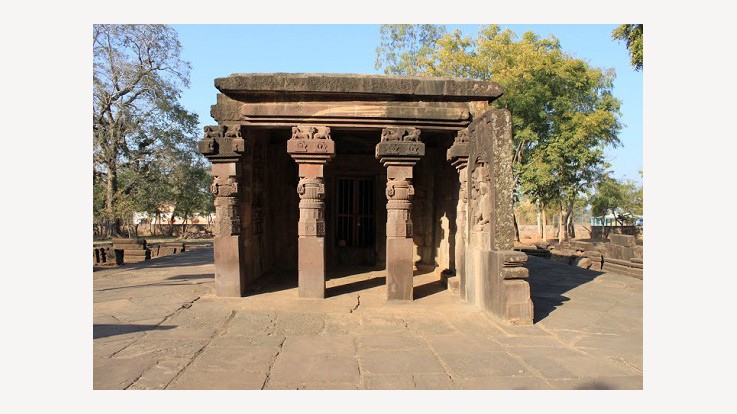 Devi Temple – This is probably the largest temple in Tigawa complex. Only the 4 ft wide ornamental archway has survived from the original temple. It is believed that the temple would have been about 19.5 feet square. There is an image of Lord Vishnu inside the temple. Various incarnations of Lord Vishnu are displayed around the main image. 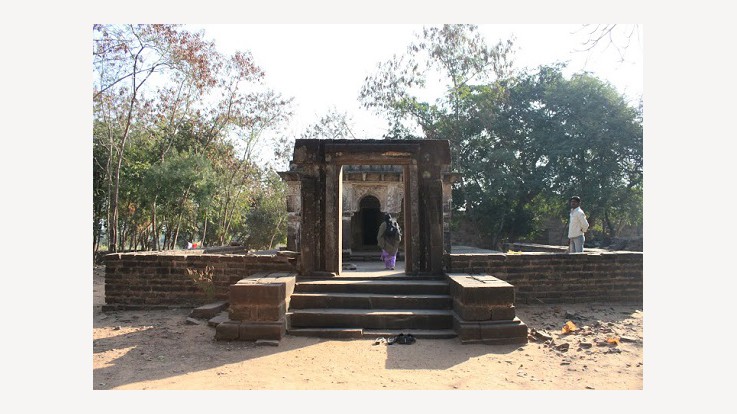 A live Devi temple at the site.

By Road: Tigawa is located near Bahuriband at a distance of about 6 km. Buses, taxis and auto-rickshaws are available to reach the temple.

By Train: The nearest railway station is Sihori.

By Air: The nearest airport is located at Jabalpur.