An ancient temple of Trilokinath is located on the top of a hillock near the bank of Chenab river. The temple is nestled in Trlokinath village of the Lahul and Spiti District in Himachal Pradesh. Trilokinath temple is sacred to Tibetan Buddhists as well as Hindus. The glittering white temple is situated on a cliff at an altitude of 9,055 ft. Trilokinath is one of the names of Lord Shiva which literally translates as "Lord of the Three Worlds". According to local version, it was originally a Buddhist monastery, although the original structure has been destroyed completely. The temple is known for its exquisite wood carvings, wooden statues and while it is worshiped as a temple of Lord Shiva by the Hindus, the Buddhists worship the beautiful white marble idol of the Avalokiteshvara. 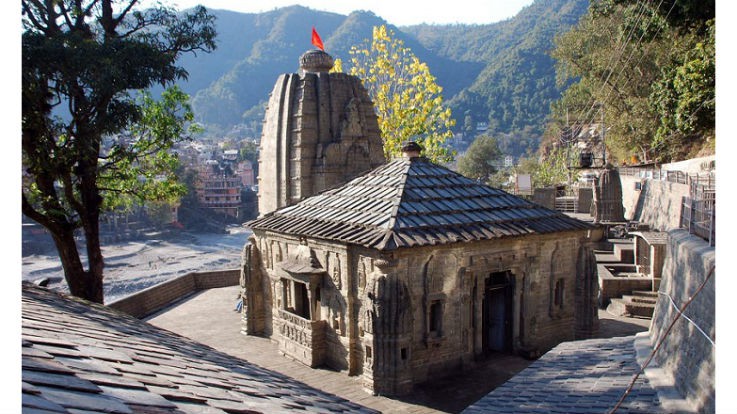 The temple had a marble idol of six-headed Avalokiteshvara. This idol was stolen decades ago. Initially, it was replaced with a gray stone idol, and later with the six-armed white marble idol of Avalokiteshvara, which is attributed to the 12th century. The idol is revered as Avalokiteshvara by Buddhists and as Lord Shiva by Hindus. The idol is crowned with an image of Amitabha Buddha. Some scriptures state that it was originally a Shiva temple. There is also a drain in a wall of the temple at the level of the platform in the sanctum sanctorum which was built to drain out the water or milk which was poured over Lord Shiva. Later, in the 8th century, the temple was transformed into a Buddhist place of worship by Padmasambhava. 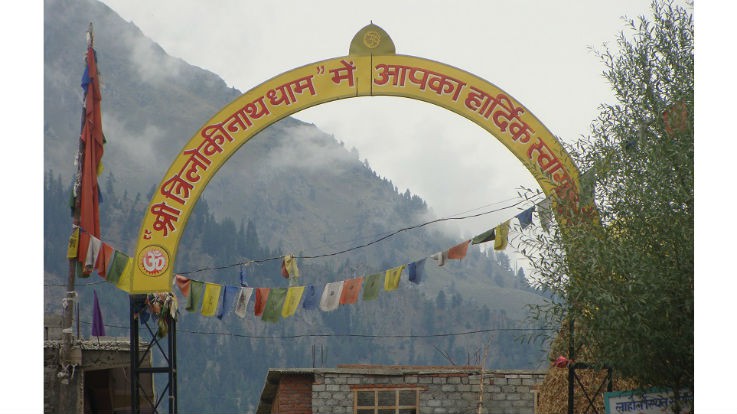 According to a popular story when King of Kullu arrived at Trilokinath, he tried to carry off the idol as he wanted to carry the idol with him, but he didn’t succeed as the stone became too heavy to move. The temple is an example of Kashmiri-Kannauj architecture. The temple history dates back to the era of King Lalitaditya who ruled during the 9th century CE. The temple premises has a large Buddhist prayer wheel, a granite Shiv Lingam and a small statue of Nandi. This ancient wooden pagoda-style temple is designed with Tibetan prayer flame. The temple consists of a curvaceous stone tower which is crowned with Amalka. There is no pillared hall mandapa. A silver idol of Kali as Mahishasurmardini is also seen inside the temple. 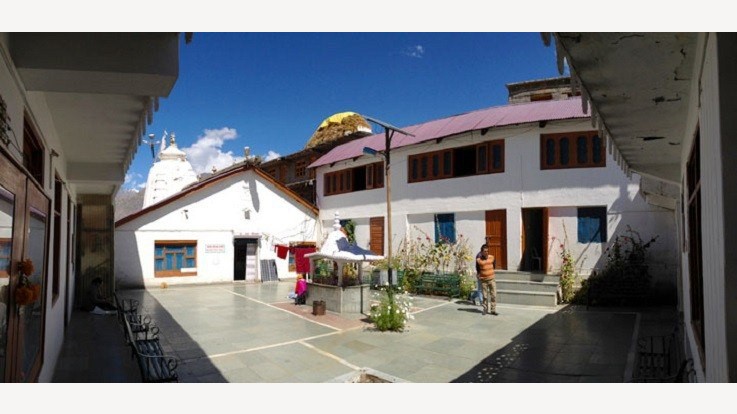 Buddhists and Hindus celebrate the three-day Pauri Festival which is held in the month of August.

By Air: Bhuntar airport is the nearest airport. From the airport, Lahaul & Spiti can be reached by private taxi or bus.

By Rail: The nearest railway stations are Joginder Nagar and Shimla. Private taxi and bus services are available from the station to access Lahaul & Spiti.

By Road: The place is well connected by roads with all the major towns of Himachal Pradesh.