Tulja Bhavani temple is devoted goddess Bhavani. The temple stands at Tuljapur town of Osmanabad district in Maharashtra. The temple is considered as one of the 51 Shakti Pithas. Tulja Bhavani temple was built during 12th century CE. She is Kuldevi of the Bhosale Royal family, Yadavs and many others. Chhatrapati Shivaji Maharaj, the founder of Maratha kingdom was an ardent devotee of Tulja Bhavani and she has gifted him a 'Bhawani sword' which brought success in his various expeditions. The main entrance is named Sardar Nimbalkar. Other two entrances are named after Shahaji and Jija bai, the parents of Shivaji Maharaj. There is a temple dedicated to sage Markandeya Rishi and a Holy Fire pit in front of the main temple. The temple complex houses two libraries. Devotees take a dip in `Gomukh Theerth` and `Kallol Theerth` which are shallow water tanks, before entering into the Sanctum. A Siddhi Vinayak temple, Amruth Kund, Aadishakti Matangadevi temple, Annapurna temple and a Datta temple is seen in the temple premises. The "self-manifested" idol of Goddess is made up of granite stone. This 3 ft tall idol has eight hands which hold the head of the demon Mahishasura and weapons. Goddess Tulja is also known as Turaja, Tvarita, and Amba. 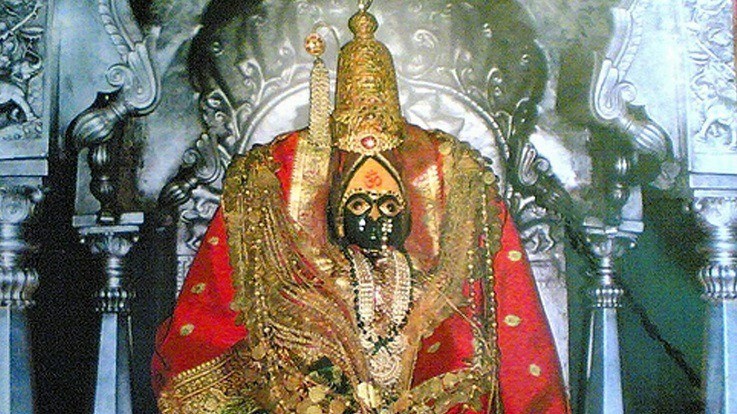 There are several legends associated with Tulja Bhavani temple. As per the legend, once, demon Matanga was wreaking havoc on the earth as well as heaven. Unable to find any solution, gods turned to Lord Brahma for help. He directed them to Goddess Shakti, who powered by the other (Sapta) Mata including Varahi, Brahmi, Vaishnavi, Kaumari Indrani and Sambhavi, killed the demon Matanga and restored peace.

Legend also states that Bhavani also destroyed demon Mahisha, who took the form of a buffalo. He took the shelter on the Yamunachala hill of Balaghat mountain range. Another legend involves the story of a sage "Kardam". His wife "Anubuti" had performed a penance on the banks of Mandakini river to please Goddess Bhavani. "Kukur", a demon tried to disturb her. Hence, Goddess came to her rescue and killed the demon "Kukur". 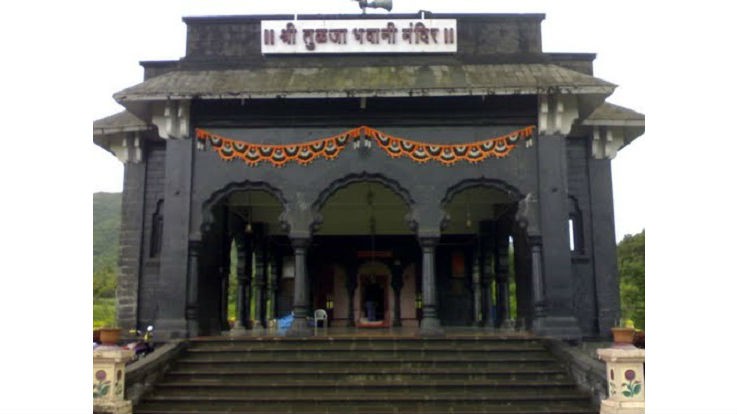 On the occasion of Khandenavami and Dussera animals are sacrificed in the honor of the goddess. The four day long Tuljapur Bhavani Festival is celebrated twice in a year. On the day of Bhavani Ashtami, young girls who have not reached puberty are fed and offered gifts. These girls are worshipped as the young form of the Goddess.

Apart from this, the festivals of Ganesh Chaturthi, Diwali, Chaitra Navratri, Ashwin Navratri, and Holi are celebrated with great pomp.

By Road: Tuljapur is located at the equal distance from Mumbai and Pune. Private vehicles and state owned buses are also available to reach the temple.

By Air: The nearest airport is located at Osmanabad which is 15 km away from Tulja Bhavani temple.

By Train: The nearest railway station is Umaid which is 15 km away from Tulja Bhavani Temple.