The pilgrimage town of Ukhimath is situated at an elevation of 1,317m above the sea level in Rudraprayag district of Uttarakhand. Ukhimath is also known as Okhimath or Ushamath. Ukhimath is considered as a prime destination for visiting Madhmaheshwar temple, Tungnath temple, and Deoria Tal lake. Ukhimath has many other ancient temples devoted to several Gods and Goddesses such as Usha, five headed Lord Shiva, Aniruddha, Goddess Parvati and King Mandhata. Situated on the Guptkashi – Gopeshwar road, the holy town is the residence of the head priests of Kedarnath temple known as Rawls.

Legends believe that Aniruddh, grandson of Lord Krishna got married to Usha, the daughter of demon king Vanasur in Ukhimath. Hence, to celebrate this occasion, the place was named as Ushamath, now known as Ukhimath.

Also, King Mandhata performed penance in Ukhimath to please Lord Shiva. According to the legend, King Mandhata gave up everything including his empire and came to Ukimath during his last years. He did penance for 12 years on one leg. Pleased with his devotion Lord Shiva appeared in the form of the 'sound', 'Omkar' and blessed him. 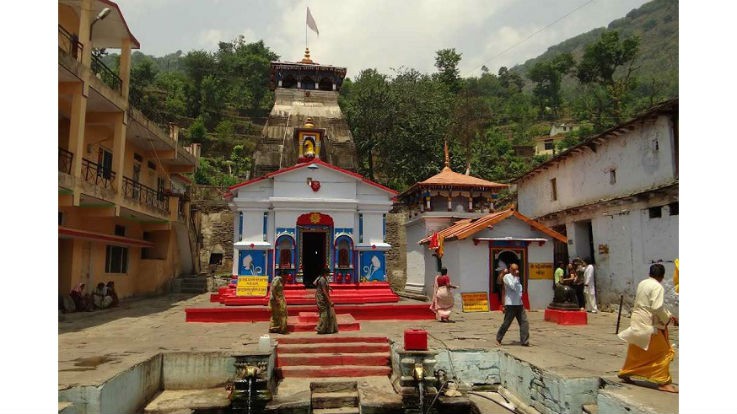 Must See in Ukhimath

Deoria Lake is located at an elevation of about 2387 m above the sea level on Ukhimath- Chopta road. This beautiful lake is surrounded by snow capped hills of Chaukhamba range. Deoria lake is very popular for trekking and camping.

Kedarnath is one of the 12 Jyotirlingas and is the most important temple among Panch Kedars. According to the belief, after the Mahabharata battle, Pandavas wanted to meet Lord Shiva to get rid of their sins. Lord Shiva was unhappy with Pandavas and hence he took a form of a bull. The bull disappeared beneath the ground. The hump of the bull appeared in Kedarnath. Lord Shiva’s back is worshiped in Kedarnath.

Madyamaheshwar is the fourth temple among Panch Kedar. The temple is dedicated to Lord Shiva where Lord is worshipped in the form of navel and stomach. When Madhyamaheshwar temple remains closed for six months during winter, the silver idol of Lord Shiva is shifted in Ukhimath temple to worship.

Tungnath is an ancient temple devoted to Lord Shiva. It is the second temple among the Panch Kedar located in the Rudraprayag district. Tungnath literally translates as Lord of the peaks. Lord Shiva’s arms are worshipped in Tungnath.

Chopta is also known as mini Switzerland of India. It is situated on Gopeshwar- Ukhimath road, about 4 km away from Ukhimath at an altitude of 2900 m. Chopta is a popular destination during the winter due to the snowfall. 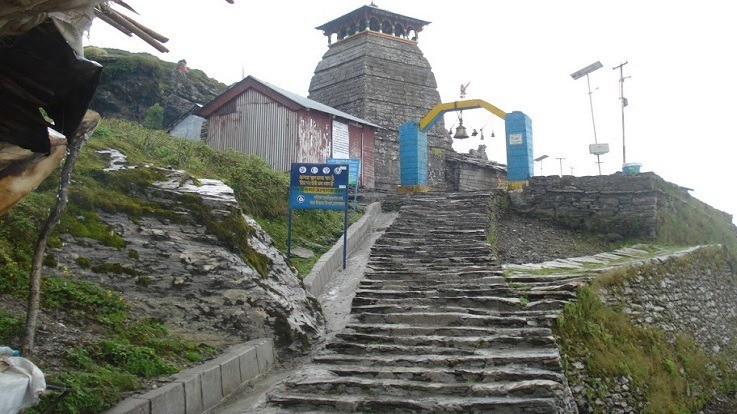 During winter, Utsav Palkhi of Lord Kedarnath and Lord Madhyamaheswar are brought at Ukhimath to worship for six months. The temple also holds year round pujas of Lord Omkareshwar.

By Air: Jolly Grant airport (200 km) is the nearby airport which is located at Dehradun.

By Rail: Rishikesh (180 km) is the nearest railway station.

By Road: Ukhimath is well-connected by roads with major towns of Uttarakhand. Buses and private taxis are available from Rishikesh to Ukhimath.