Uttaresvara Siva temple is located near the northern bank of Bindusagar tank in the Nalamuhana Sahi, Old Town of Bhubaneswar in Odisha. The presiding deity is a Shiva Lingam within a circular yoni Pitha. The main temple of Uttmeswar is surrounded by nine smaller shrines. The temple is considered as one of the four Pithas and it is known as Tantra Pitha. The other three Pithas are Yoga Pitha at Kharakhia Baidyanath, Bhoga Pitha at Lingaraj and Siddha Pitha at KedaraGouri temple. 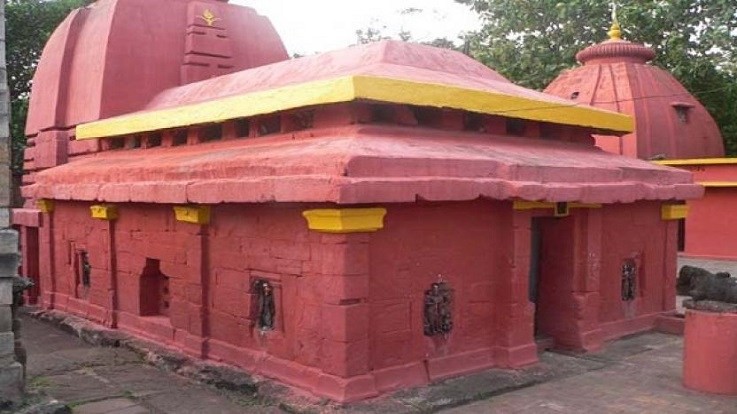 Uttaresvara Siva Temple is the 12th-century temple which is devoted to Lord Siva. According to the local tradition, this temple is named as Uttaresvara since it is located on the northern embankment of Bindusagar tank and towards the north of Lingaraj temple. The term Uttara means North. Godavari Tank is located inside the temple premises. It is located on the northern embankment of Bindusagar tank. The tank embankment is made up of laterite blocks. It is a natural spring which merges right into the Bindusagar lake. According to the local legend, after defeating the demons Kirti and Basa Goddess Parvati felt thirsty. Lord Shiva struck his trident on earth to quench her thirst. A spring came out. To consecrate the Spring Lord Shiva invited all the river goddesses but river Goddess Godavari could not come. Hence, Lord Shiva cursed her that her water will remain impure except during the auspicious occasion of Kumbhamela when it would be most sacred for all. 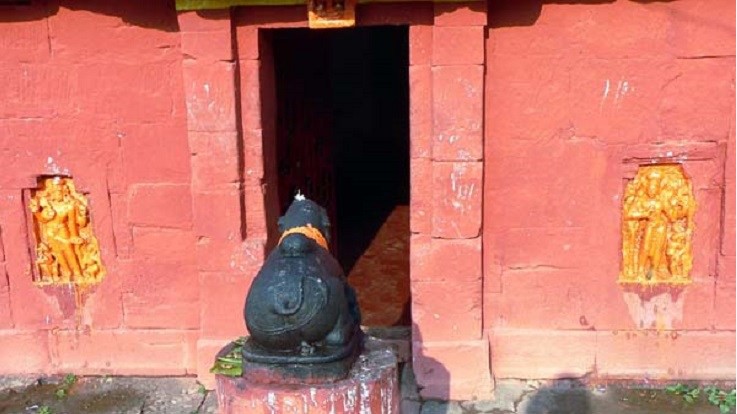 Several architectural features reveal that the temple was established during the 7th century A.D. But the construction might be completed during the 19th century. It is a temple type building with Rekha Deul Vimana and rectangular flat roofed hall or Jagamohan. The temple is surrounded by the shrines of Bhimesvar in the north and shrine of Sahadevesvara in the south. A compound wall is seen towards the eastern and western sides. The Jaganmohana is plain with the three niches in the southern wall. The temple lacks any ornamentation. The northern Raha niche has an idol of six armed Mahisa-Mardini. She holds a wheel and a bow in her lower left arms while another arm rests over the demon Mahisasura. Goddess holds a spear, a sword and an arrow in her right hands. Her left leg is seen over the hip of the demon. The human faced demon has a torso of Buffalo. The southern Raha niche houses an image of a four armed Lord Ganesha. He holds a Nagapasa, Parasu, Modaka-Patra and a staff in his hands. 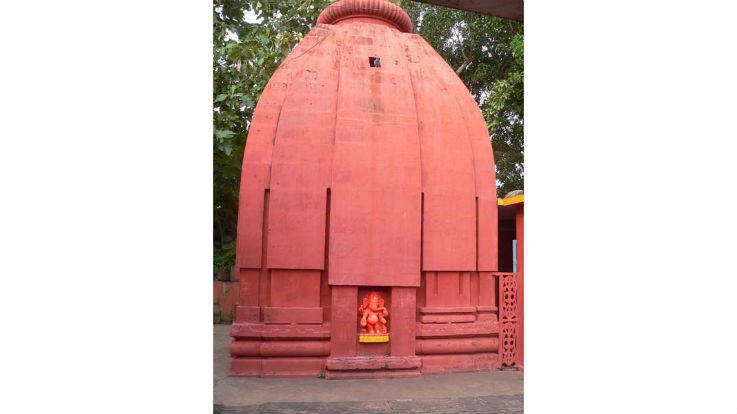 Several rituals and festivals such as Narasimha Jayanti, Durga-Ashtami, Kartika Purnima, Makar Sankranti, Maha Shivaratri and Diwali are observed in this temple.

By Road: A good road network connects Bhubaneswar with all the major towns of Odisha. Autos, cabs, rickshaws and Odisha state transport buses are available from the town to access the temple.