Vaidyanath Jyotirlinga famously known as Baba dham or Baidyanath dham has a dispute over its location in three cities across India. However, the Jyotirlinga at Parali, near Nanded, in Maharashtra is the popular one and is considered as one of the twelve Jyotirlingas. Parali is an ancient village in Beed district on the slopes of Mount Meru and near three rivers Brahma, Venu and Saraswathi. The other two Jyotirlingas are at Deoghar in Jharkhand and Baijanath in Himachal Pradesh.

Refering to the Adishankaracharya’s Dwadasha sthothram that states Vaidyanath Jyotirlinga is at Prajwalika Nidhanam (funeral place) i.e. Chithabhoomi in the North-Eastern part of the country. Deoghar is far situated at East compared to Parli which is in the West central part of India. Chithbhoomi indicates a funeral place where corpses are burnt and death ceremonies are performed. 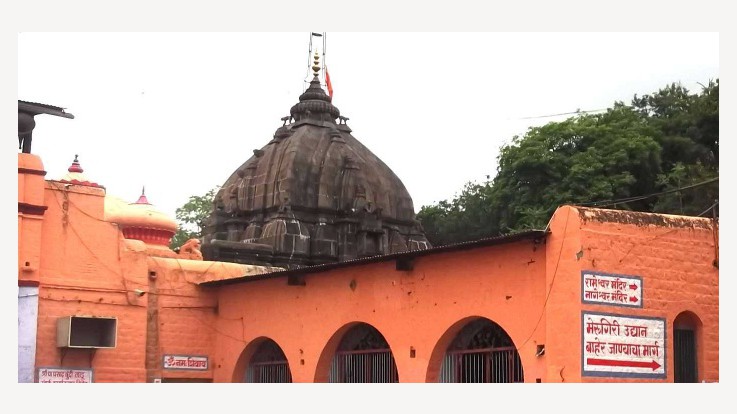 The most commonly heard story is that Yogeshwari was married to Lord Vaidyanatha of Parali. The auspicious time had passed by the time the marriage party reached and so they were turned into stone statues. Yogeshwari was waiting away from Parali.

Another legend says that when the demon Ravana meditated severely upon Lord Shiva to get boons and suffered from severe cold, heat and rains. Ravana offered his 10 heads one by one and Lord Shiva was pleased by curing him with herbal medicines. And so Lord Shiva was called as Vaidyanath (A Divine Doctor).

The mountains, jungles and rivers here are full of useful medicinal herbs and hence the name ‘Vaidyanatha’.

Another legend from Shivapuran says that Markandeya who was blessed with short life obtained his boon of life at Vaidyanath from the grace of Lord Shiva. 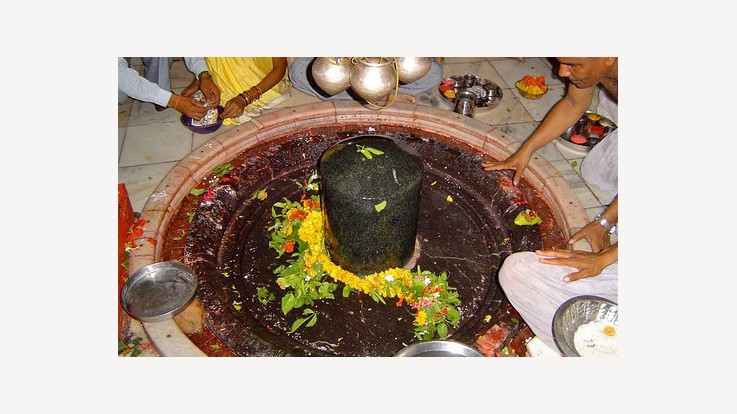 The temple is a stone structure surrounded by strong walls on all four sides. There is a huge pillar outside the temple. Inside the temple there are corridors and a courtyard. A strong wide staircase is the entrance to the temple called as Ghat, built in the year 1108. The Lingam is very beautiful and smooth. The temple is believed to be renovated in 1706 AD by Ahalyadevi Holkar. Later the court of the temple was built by Late Nanarao Deshpanda. The Lingam can be viewed from the courtroom itself as there are no divisions. And so the devotees can touch and perform abhisheka on the Lingam personally. It gives one a divine bliss and the feel of vibration at this holy shrine. 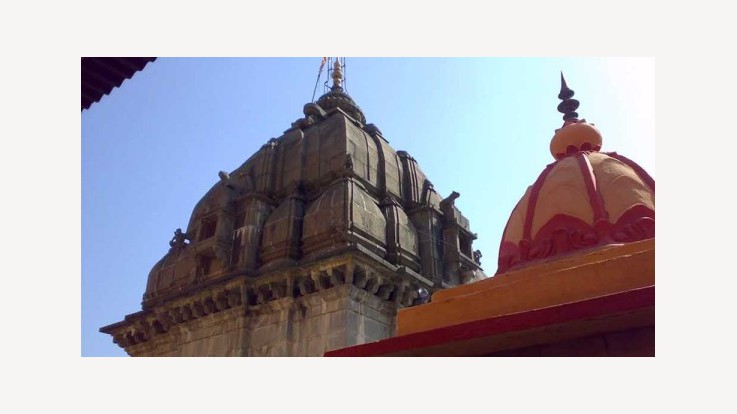 Big celebrations at the temple take place on Maha Shivratri, Vijayadashmi, Tripuri Pournami, Chaitra Padva and Vaikunth Chaturdashi. Lord Shiva is worshipped by offering Tulasi and Lord Vishnu with Bel leaves. This unique worship is only seen in Vaidyanath.

The temple is suitable to visit throughout the year.

By Road/Bus:-The big city like Parali, 110km away from Nanded, is well connected to major cities like Aurangabad and Mumbai by road.

By Train:-The nearest station though is Parali Railway Station.