Varad Vinayak is one among the Ashtavinayak temples of Lord Ganesha. The temple is located in Madh village of Khalapur taluka near Karjat-Khopoli in Raigad District, Maharashtra. The idol of Varada Vinayak temple is self-originated which was recovered from the adjoining lake in 1690 AD. The current temple was constructed in 1725 AD by Subhedar Ramji Mahadev Biwalkar. The temple premise has a beautiful pond. The temple idol faces the east and has his trunk turned to the left. An oil lamp is said to be burning continuously since 1892 in this shrine. This temple also has an idol of Mushika, Navagraha Devtas, and Shiv linga. The four elephant idols guard the four sides of the temple. Here, devotees can enter the sanctum and pay their homage to Lord Ganesh. 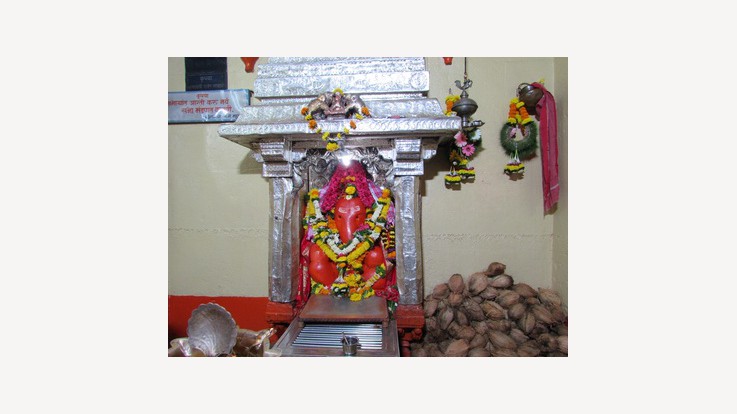 Legend has it that the childless king, Bhima of Koudinyapur went to meet the sage Vishwamitra in the forest. Sage Vishwamitra gave Ekashar Gajana Mantra to King. As a result, he was blessed with a baby boy. Rukmaganda grew up into a handsome young prince. One day, on a hunting trip Rukmaganda stopped at the hermitage of Sage Vachaknavi. Mukunda, Sage’s wife, fell in love with the prince and asked him to fulfill her desires. The virtuous prince refused and left the ashram. Knowing her plight, King Indra took the form of Rukmaganda and fulfilled her desire. Later, Mukunda gave birth to a son, Gritsamada. When Gritsamada learned of the circumstances of his birth, he cursed his mother to become ugly, thorny berry-bearing "Bhor" plant. Mukunda, in turn, cursed Gritsamada that a demon will be born from him. Suddenly they both heard a heavenly voice saying, "Gritsamada is the son of Lord Indra. Mukunda was transformed into the Bhor plant. Gritsamada retreated to the Pushpak forest where he prayed to Lord Ganesh. Pleased with his devotion, Lord Ganesha granted him a boon that he will have a son who would not be defeated by anyone other than Lord Shiva. Gritsamada requested Lord Ganesh to bless the forest so that his devotees who pray here will be blessed. He also urged Ganesha to stay there permanently. Gritsamada built a temple at the same spot and enshrined an idol of Lord Ganesha which was known as Varad Vinayaka. Today the forest is known as Bhadraka. 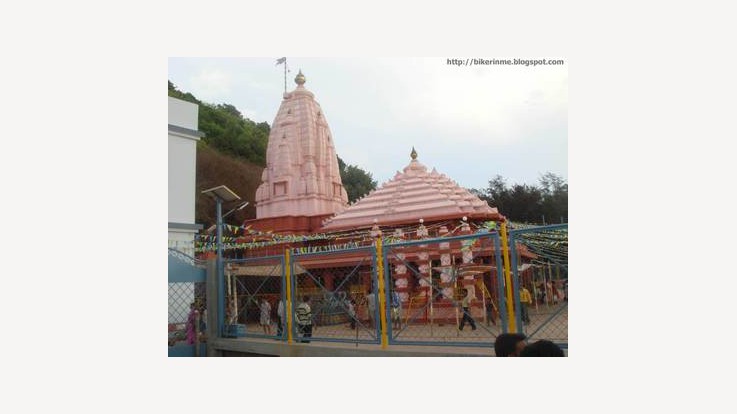 The festivals of Maghi Utsav, Ganesh Chaturthi, and Ganesh Jayanti are celebrated with great pomp and fervour in this temple.

By Road: Varad Vinayak Temple is 60 km from Mumbai, 85 km from Pune, 25 km from Karjat, 20 km from Lonavala and 6 km from Khopoli. The temple is located off the Mumbai - Pune old Highway. Mahad Bus Station connects the place with other major towns of Maharashtra. Mahad can also be reached via Mumbai – Panvel - Khopoli road.

By Train: Khopoli and Karjat are the nearest railway station.

By Air: Mumbai and Pune Airport are the nearest airbases. Both are located at a distance of 75-80 km from Varad Vinayak temple.

Tags: Temple
Related for you