Vitthal Temple located in Pandharpur village of Solapur district, Maharashtra is a holy shrine dedicated to Lord Vitthal and his consort Rakhumai. Lord Vithal is an incarnation of Lord Vishnu. The temple stands on the banks of the Chandrabhaga River. The main entrance of the temple faces towards the Chandrabhaga river. A tomb of sage Namadev is seen at the entrance. A shrine of Ganesh is built inside the temple which is followed by a small assembly hall where prayers are performed. After climbing a few steps, devotees can have Mukh darshan of Lord Vittala. For Padha Darshan (To touch the Lotus Feet of Lord), there is an entrance which leads to the queue complex outside the temple. The temple also houses shrines of Rukmini Devi, Satyabhama Devi, Radhika Devi, Lord Narasimha, Lord Venkateshwara, Hanuman, Garuda, Goddess Mahalakshmi, Nagaraj, and Annapurna Devi. 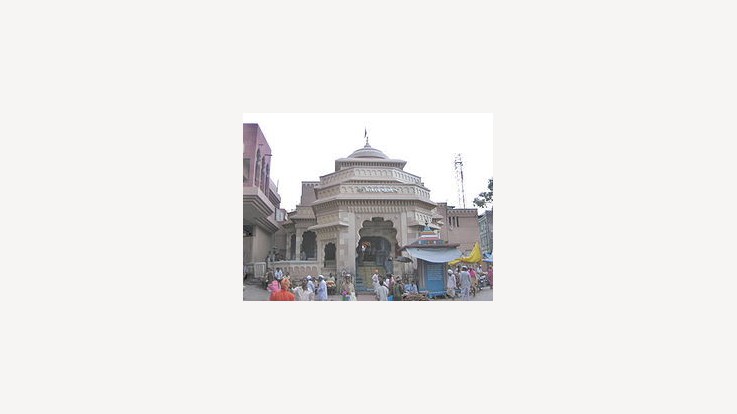 The word “Vitthal” translates as “Standing on the brick.” Hence, the God is depicted as a young boy standing on a brick. Vithal Temple is huge with six entrances. The eastern entrance is called Namdev gate or Mahadwaara. The tombs of Sage Namdev and Sage Chokoba are situated here. The Temple has a Mandap, Nagarkhana, and two Deepmalas. The chamber is engraved with scenes of Krishna Lilas and the incarnations of Lord Vishnu. The idol of Vithoba is made of black stone which is three and a half feet tall with a Shivalinga on his head and the Kaustubha Mani around the neck. 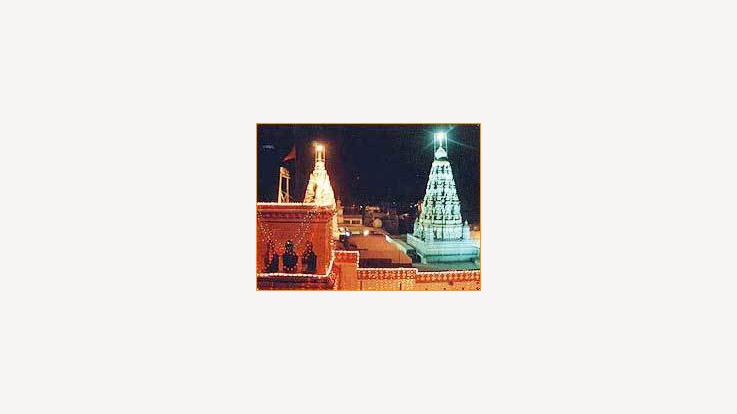 The exact date of construction of the Pandharpur Vitthal Temple is unavailable. Several inscriptions can be found in the Pandharpur Vitthal Temple which says that temple history dates back to the 12th and the 13th century. Krishnadevaraya, king of the Vijayanagara Empire, took away the idol of Vitthal during the invasion of Muslim rulers. The idol was later restored by Bhanudas Maharaj in the 14th century. 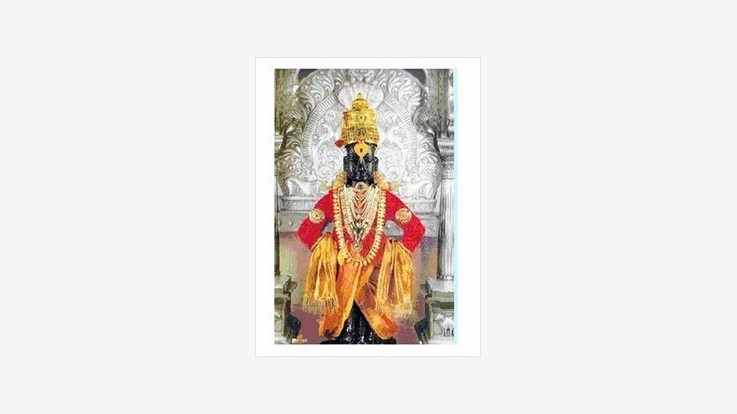 The legends associated with Lord Vitthala in Pandharpur have been mentioned in the Skanda Purana, Sthala Purana, Padma Purana and the Panduranga Mahatmya. All these are related to Pundalik. There are several versions of legends. Pundalik was an ardent devotee of Lord Vishnu. He dedicated his life to his parents. Impressed by his devotion, Lord Krishna visits him in his Digambar form. Pundalik requests Lord Krishna to stay beside the banks of the River Bhima. 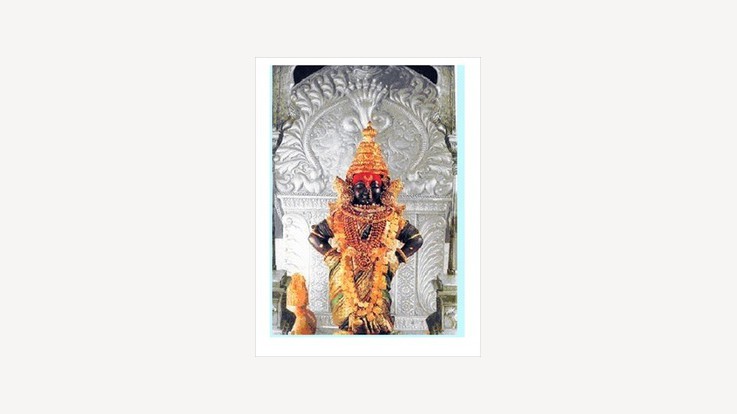 As per second legend, Pundalik was a greedy man who did not take care of his old parents. His parents set out on a pilgrimage to Varanasi. Pundalik also decided to go to Varanasi. He reached on the banks of River Bhima. He observed that three ugly women went to the house of a cobbler after taking a bath. On asking, they informed that they had to bear the sins of people. After visiting the cobbler’s house, they cleansed themselves since he treated everyone including his parents with love. Pundalik immediately asked for forgiveness from his parents and started treating them well.

An interesting legend associated with Vitthal Temple is related to the naming of the first step of the temple as “Namdev Chi Payari.” Once little Namdev went to the temple and performed Naivedyam. He waited to see the God eat the offering. He became disheartened when God does not appear. Hence, he started banging his head on the feet of the Lord. Seeing his innocence, Lord Vitthal appeared and consumed the offering. Since then, the temple’s first step is named as “Namdev Chi Payari.”

A major festival of Yatra is organised during Jun-July and November on the occasion of Aashadi Ekadashi and Kartiki Ekadashi. During the yatra, devotees travel from miles together, barefooted, fasting and chanting Lord’s holy name.

Apart from this, Festivals of Holi, Navratri and Diwali are celebrated with great pomp and show. 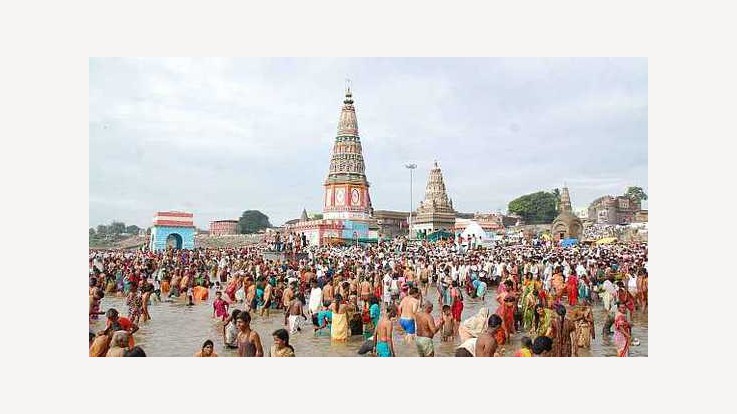 By Air: The closest airports are located at Solapur and Pune

By Train: The nearest railway stations are Kurduwdi (52 km) and Solapur (74 km).

By Road: Pandharpur is well connected by Road to all the major places. Pandharpur state transport bus terminal is one of the biggest in Maharashtra.