About the TempleWangath Temple complex is a group of ancient monuments nestled in Wangath village in the Ganderbal district of Jammu and Kashmir. The current structure was built in the 8th century AD by Lalitaditya Muktapida of the Karkota dynasty. The place is surrounded by a dense forest of Pine trees and the Harmukh Mountains. The temple has been declared as a protected monument by ASI. 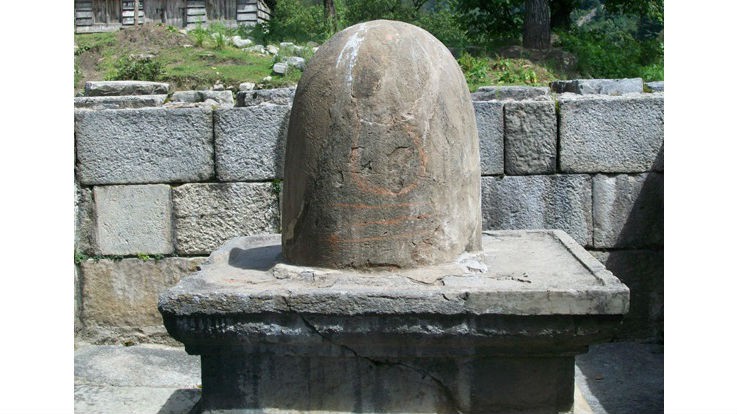 Temple History and Temple LegendAs per the Sanskrit historical chronicle of Kashmir, ‘Rajatarangini’, in the 3rd century BC, King Ashoka of Maurya dynasty had built the city of Srinagar. In 220 BC, his son King Jaluka had constructed Wangath temples in the Wangath valley near the holy spring of Naranag. He built a stone temple at this site in 137 BC. During 713-735 AD Lalitaditya Muktapida, the ruler of Karkota dynasty of Kashmir region donated a large amount to the shrine after his victorious expeditions. During 855-883 AD, King Avanti Varman had constructed a stone pedestal with a silver conduit for the bathing of the sacred idols. Many Mughal kings plundered the treasury of this shrine. In the ancient era, Wangath was known as Vasisht Ashram and the temple was originally known as Sodaratirth. 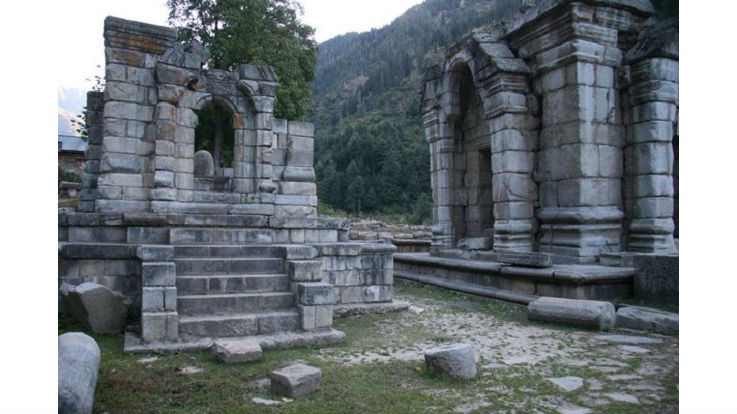 The western complex is consists of six temples which is known as Shiva Jyestharudra or Shiva Jyeshthesa. It has the main shrine of Lord Shiva surrounded by subsidiary shrines. The main structure is square shaped and has two entrances facing the Southwest and Northeast. The ceiling has a dome-shaped pyramidal roof.

Several structures of the third group stand between the Eastern and Western complexes which consist of the ruins of an edifice with 30 monolithic bases. This is known as Matha or pillared pavilion.

By Air – The nearby airport is Srinagar airport which is located at a distance of 50 km.

By Train – Srinagar is the closest railway station.

By Road – Taxis and buses are available to access the temple complex from any part of Jammu and Kashmir. Tourists also prefer to trek the distance.