Yamai Mata temple in Rashin is located in the Karjat Taluka of Ahmednagar district, Maharashtra. The temple is towards the east of Pune city. It is an ancient temple which is an abode of Goddess Yamai Mata and Tukai Deity who are believed to be an incarnation of Renuka Devi. She is the Kuldevi of many families in Maharashtra. The temple of Goddess Mahishasur Mardini Yamai Devi lies atop a hill, and it takes a rugged road with stepladders to get there. The black stone image of the goddess is 2 metres tall. Yamai Mata is highly revered by the people of Maharashtra.

Currently, no scripts or books are available about the place except the locally published book in Marathi which is known as "Shri Jagdamba Mata Rashin Charitra." The book has been formulated by the devotees of Goddess in Rashin. As mentioned in the book, there is a legend behind the existence of Yamai Mata Mandir in Rashin. As per Skanda Purana, the mother earth was once under the rule of demons. There was no place for justice or good things on the earth, and it was a tough time for humans. The group of the demon was led by Rakta Beej who was much feared in those times. He had a boon from Lord Shiva where each drop of blood shed from his body could create another Rakta Beej. Hence, it was impossible to kill demon Rakt Beej. He was using his powers ruthlessly. The entire universe prayed to Adi Mata Shakti to protect them from the devil. Goddess finally appeared in the form of Devi Yamai and destroyed the demon by drinking the blood of Rakta Beej. Goddess killed the demon and restored peace in the world. Since then, Yamai Mata has been worshipped in Karjat region of Ahmednagar and is known to protect her devotees from all misfortunes and evils. 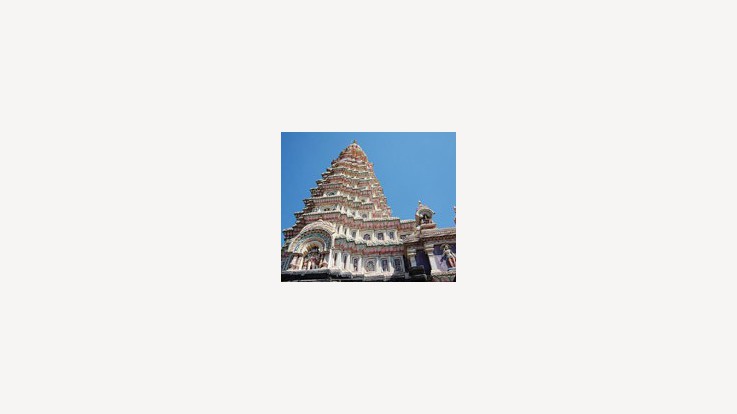 Yamai DeviTemple has stunning architecture. The temple has three towers. Yamai Devi temple is an elevated structure with steps leading inside the temple. The temple complex is spacious. The crimson coloured walls and the fine carvings on the pillars found in the temple speak about the expertise of the artisans. 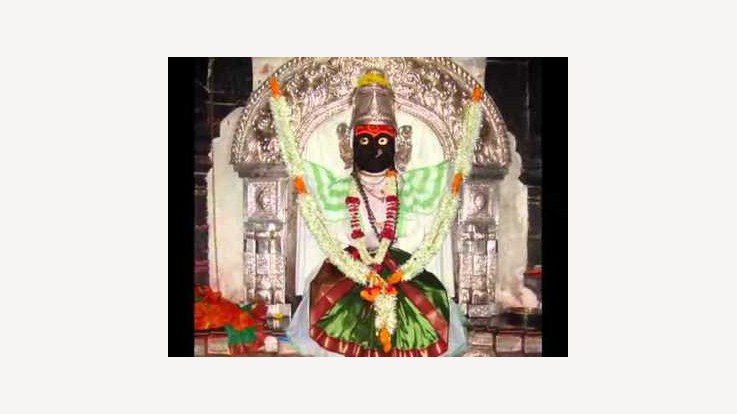 The festivals of Chaitra Navratri, Ashwin Navratri, Dussehra, Holi and Deepawali are celebrated with great devotion in Yamai Mata temple.

By Road: The nearest town to Rashin is Karmala which is 24 km way from Rashin. Private vehicles are available from Karmala to reach the temple.

By Train: Pune Railway Junction located at a distance of 124 km away from Rashin.

By Air: Pune Airport is the nearest to Rashin.