Shree Kshetra Korthan Khandoba Devasthan is situated on the hills of Pimpalgaon Rotha. The temple is nestled in Parner town of Ahmednagar district, Maharashtra. Since ancient times Lord Khandoba has been worshiped in Maharashtra, Karnataka, Madhya Pradesh, Gujarat, and Goa. He is an incarnation of Lord Shiva. The presiding deity, Lord Khandoba is seen as a self-manifested tandala or rocky stone. His consorts Mhalsa and Banai are present in the same tandala stone or rocky stone. In front of the idol, twelve self-formed Shiv-linga are seen. Khandoba Devsthan was built in 1491, and the entire edifice was redeveloped in 1997 by villagers. Bramhlin Param Pujya Shree Gagangiri Maharaj installed the Suvarna Kalash on Champashasti. 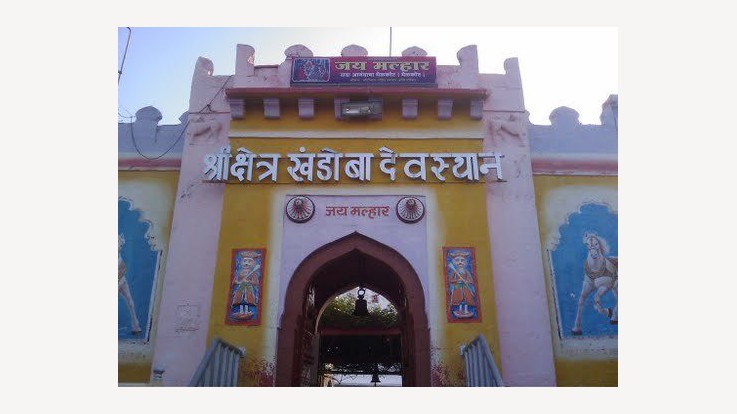 Champashasti is celebrated as a festival since 1997. Various Satsangs programs are arranged on that day. Every year, nearly ten lakhs people visit the temple. On the day of "Shukla Shashti" of Magshirsha month, Champashasti is celebrated as "Shree Khandoba incarnation day." Shree Khandoba wedded to Mhalsabai on the day of Paush Poornima. Hence, devotees celebrate Yatra Mahotsav. On this day devotees from Maharashtra, Madhya Pradesh, Gujrat, Karnataka, and Goa visit the temple to seek the blessings of Khandoba. The statue of Khandoba is self-emerged. Hence, it is called Korthan. Kor means "untouched." The celebrations of Yatra Mahotsav last for three days. The second day of yatra has a very famous bullock cart race which is locally known as Gaade. These bullocks are led by a horse and a man sitting on it. The third day of the yatra is known as Kathya. Kathya is the long wooden stick which measures nearly 35–50 ft, covered by various colored clothes. Brahmanwada Kathi' or "Manachi Kathi" is the first kadthi to arrive at the temple. The kathya from neighboring villages follows it. When these kathyas touches the temple Kalash, the yatra of the God Khandoba is declared concluded. 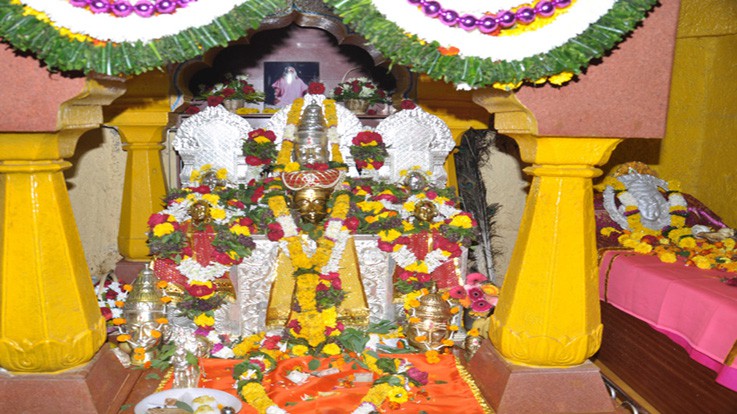 By Road: The temple is 50 km away from Ahmadnagar and 30 km away from Parner. MSRTC buses, rickshaws, and private vehicles are easily available to reach the temple.

By Train: Ahmadnagar is the nearest railway station