Pazhamudhircholai Murugan Temple is located in a small town near Madurai in Tamil Nadu. The temple is worship place of the Lord Muruga which is the popular name of Lord Karthikeya who is younger son of Lord Shiva and Parvathi. The temple is said to be one of the popular temple among the six abodes of Lord Muruga which is popularly called as Arupadaiveedu. It is a beautiful temple in Chennai that has a neat and good scenic surroundings for the visitors to enjoy and shoot some beautiful pictures. 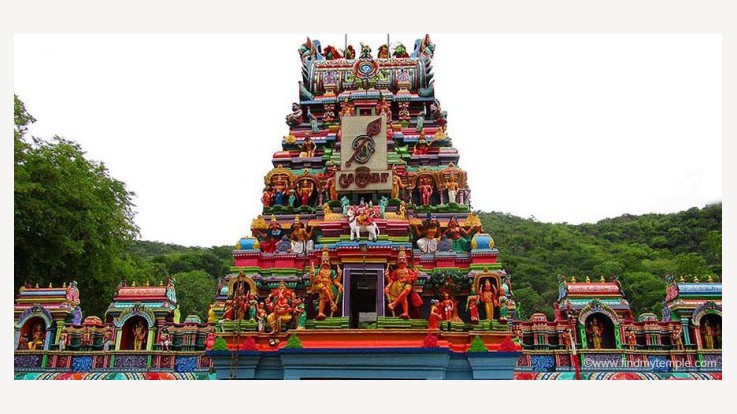 There are two famous legends about lord Murugan

In first legend Pazhamudircholai Lord Murugan characterized himself in a boy to test the great Tamil poet and saint Avvaiyar who was one of the very famous devotees of Lord Murugan,

Once Avvaiyar was taking rest under the shadow of a fruit tree. She was very hungry and thirsty. At that time, a small boy who was sitting on the tree asked her whether she wanted fruits from the tree. She responded in positive then boy asked roasted fruits or unroasted fruits. Surprised Avvaiyar thought that the small boy didn’t have knowledge about a fruit and she asked him to pick roasted fruits for her. The boy shook the tree and so fruits fell under the tree into mud. The mud under the tree had stuck on the fruit and Avvaiyar had to blow on fruits to remove the mud like one would had to blow to cool down the roasted one.

Avvaiyar was astonished and realized that the boy is not a normal child and she asked the small boy, “Who are you actually?” then the Lord Muruga appeared. Now Avvaiyar realized that it was a play of God and she understood that there were more and more things that she had to learn. She bowed to Lord Muruga and requested him to bestow her with bountiful knowledge. 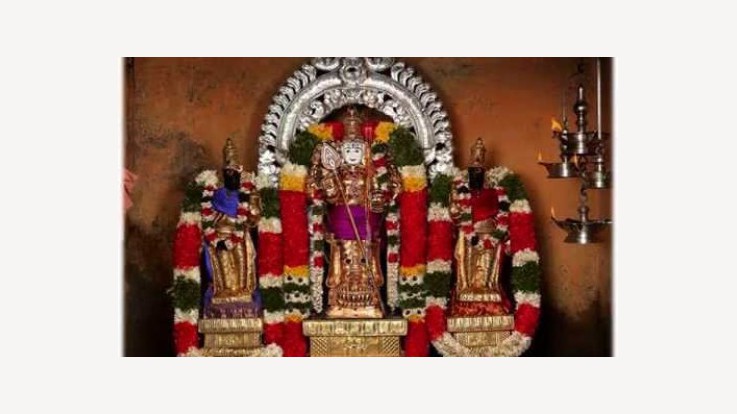 In the second legend there is beautiful story that is associated with the temple, Lord Muruga was put on a test by the noble poet Avvaiyar and a devotee of Lord Muruga, Muruga Bhakthai. They both came to Lord Muruga in the form of a small boy to test his knowledge. The incident is said to be had taken place under the tree near this temple. The tree is considered to be sacred and is worshipped till today. The Lord Muruga is said to show his incarnation to the deities in two forms, one as Valli and other as Davayanai which represents the power of desire and the power of work. The Lord comes with the power of knowledge in his hand during his visit. It is strongly believed that the Lord answers to all the prayers and resolves all the problems of the worshippers. Thus people conduct pooja for wedding, child birth and academic boon as the Lord Murga is said to bless all. It is also said that if the Lord is really pleased with the devotees then he makes a fruit fall from the tree, this is called the “Karma phala”.

Panguni Uthiram-It is celebrated in the month of March

Kandha Sashti-Kanta Shasti Vratam is observed once a year in the month of ‘Aippasi' (October–November) starting from the ‘piratamai' the 1st phase of the brightening moon.

Aadi Krithigai-This is celebrated in the month of May/June.

By Bus/Road:-Azhagar kovil is 23 km from Madurai Central Bus Stand. Sholaimalai Murugan temple is 3 km from this place. Temple administration operates bus service to and fro from the temple.

By Train:-Madurai Railway Station is the nearest station.

By Air:-Madurai Airport is the nearest airport.