Shri Dev Rameshwar Temple is located at Rameshwar Wadi village in Devgad taluka of Sindhudurg District, Maharashtra. The temple is consecrated to Lord Shiva. It is a historic temple which was built in the 16th century. The approach to the temple is around 250 yards long which has been cut through rocks, and it is fifty ft deep. The temple deity is four-armed idol seated on a bull. It consists of solid silver which weighs nearly hundred kg. 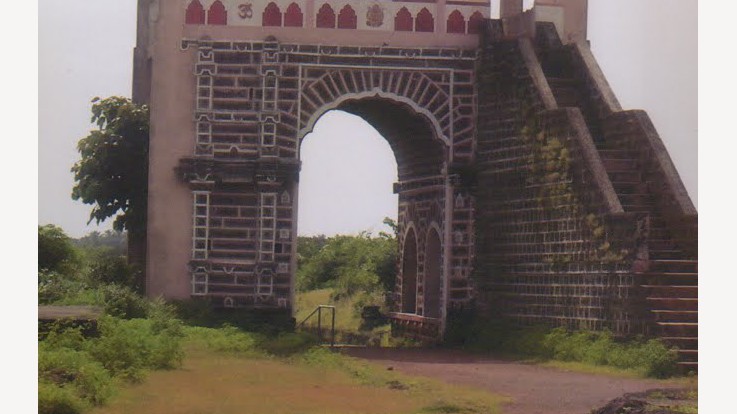 The architectural design of the temple edifice shows that it has been expanded at least three times from its establishment till today. Sarkhel Kanhoji Angre built a quadrangular sanctum or Gabhra of finely hewn stones in the early 18th century. The temple sanctum contains a shiv ling or pindi at its center. Sardar Sambhaji Angre and Sankhoji Angre put up a Mandap with four beautifully carved giant wooden pillars in front of the sanctum in the mid 18th century. He also constructed a Pradakshina Marg around the sanctum. The entire area was surrounded by walls to form a small temple with a sanctum, the mandap, and pradakshina marg. The temple building is spread over an area of 4,025 sq ft. Stone tiles are placed in the area outside the main temple building.

In 1780, Gangadhar Bhanu, Subhedar of Vijaydurg region built a huge Sabha Mandap with 20 carved wooden pillars. Sardar Anandrao Dhulap put up two additional gates on the northern and eastern side of the temple. The eastern gate was built by cutting a small hill adjoining the temple. Sardar Dhulap also constructed the main entrance of the temple. A huge bell hangs on the eastern gate which has the year 1791 engraved on it. This bell was brought from the Portuguese Ship which was captured by the Maratha Navy. The main wooden mast of this ship has been installed in front of the main entrance of the temple. 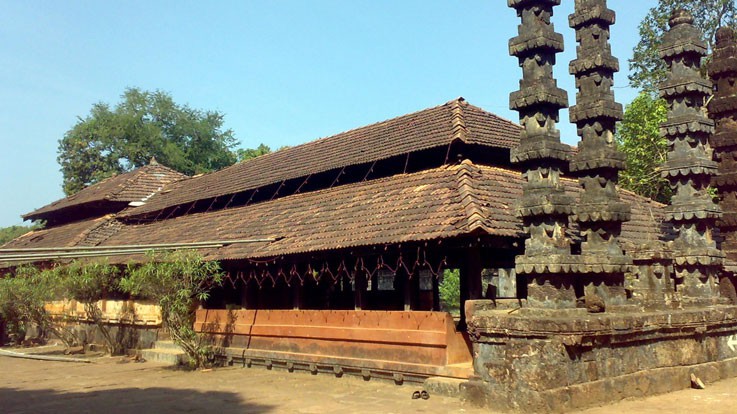 Every year, a fair is held for six days in the month of Magha which is attended by devotees from nearby villages and towns. The fair starts five days before the day of worship. On Mahashivratri day, devotees observe fast and stay awake all night. They offer fruits, flowers and Bael leaves on Shiva Linga. 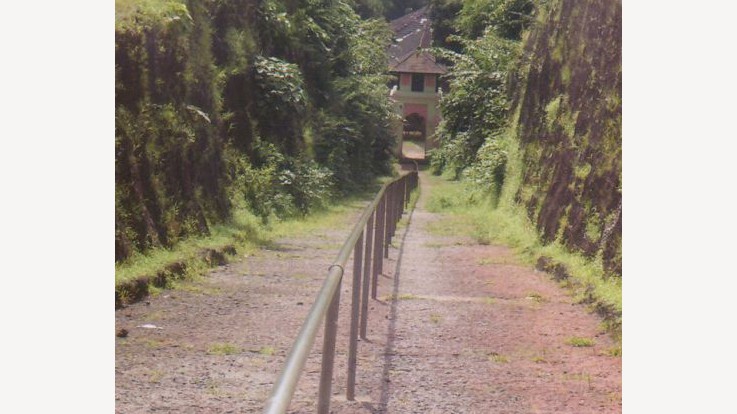 By Road: The temple is located near MSH 115. Devotees have to walk for about 15-20 minutes to reach the temple from the state highway. The only access to the temple is a small pathway through the forest land. The temple is 34 km away from Kankavli city.

By Air: The nearby airport is located at Dabolim Goa.

By Train: Kankavali (36 km) is the closest railway head.