The 8th day of Navaratri is celebrated in the name of Goddess Mahagauri as she is considered to be the 8th Avatar of Maha Durga. The legend says that the Goddess Maha Gauri has eradicated the world from the evil forces. She has three eyes and three hands and she mounts on a white Bull. She has a Trishul and mudra on her right hand for allaying fear and left hand is for granting boons. She also holds a Damru in her right hand that shows that she is a form of goddess Parvathi. 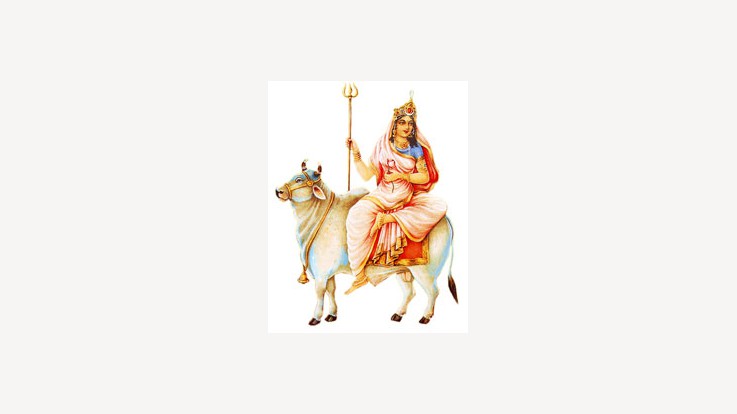 Appearance and Power of Maa MahaGauri:

As per the Hindu Mythologies, the Goddess Shailputri at the age of sixteen was known for her beauty and complexion, because of her extreme fair complexion she came to known as Mahagauri. It is also said that the planet Rahu is governed by the Goddess Mahagauri.

Goddess Mahagauri travels in a white Bull and for that, she is also called as “Vrisharudha”. She has extremely fair complexion and thus, she is compared to a conch, the moon and a white flower of Kunda. She is usually depicted as riding a bull in a green or a white saree. Goddess Mahagauri is also respectfully called as Shwethambardhara as she is said to purify the sins and soul of all her worshippers and bring them into the positivity. She is also said to enhance knowledge in the minds of her devotee. 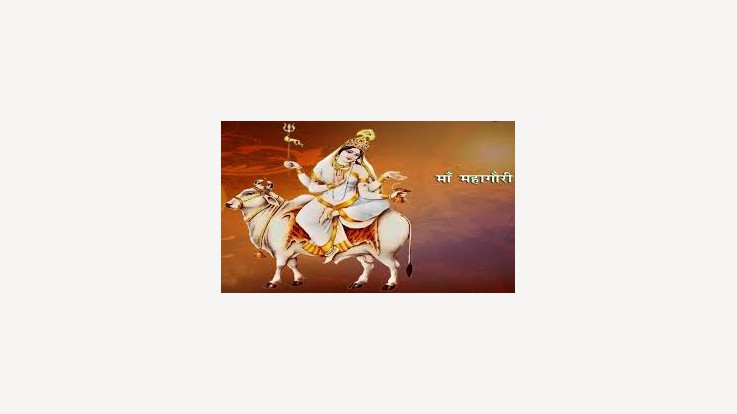 Legend behind Goddess MahaGauri: The mythological story also states that when goddess Parvathi was in a penance of enduring hardship in order to marry Lord Shiva. She survives in the most difficult phases and her complexion turns dark. When Lord Shiva met her, he cleaned her body from the water of pure Ganga and she turned into the beautiful maiden with fair complexion and thus she attains her name as Maha Gauri.

Worship Goddess MahaGauri:  The devotees worship Mahagauri to be free from all the negativities and sorrow because she leads to the path of inner devotion and power towards positivity.

Mahagauri mantra for purity and prosperity:

Meaning: Hey mother! Mahagauri who is well known as Goddess Sita and Ambe, you have my frequent respect and I salute you for your divine powers. Keep me blessed.