Jagaddhatri Puja is also referred as another Durga Puja. It begins on Ashtami tithi and ends on Dashami tithi of Shukla Paksha in Kartik month. Goddess Jagaddhatri is an incarnation of Goddess Durga who is worshipped in West Bengal and the surrounding areas. Jagaddhatri means the one who rules the world. It is believed that Goddess Jagaddhatri is holding this world in her hands. Jagaddhatri is the Goddess of the tantras. She is depicted as a three-eyed Goddess and four armed Goddess who rides a Lion. She holds a conch, a bow, arrow and a chakra. She is decked up with bright jewels and red saree. She stands on a dead demon called Karindrasura who is depicted as an elephant. Jagaddhatri Puja celebrates the victory of good over evil. Devotees worship goddess for well-being, prosperity, and happiness. 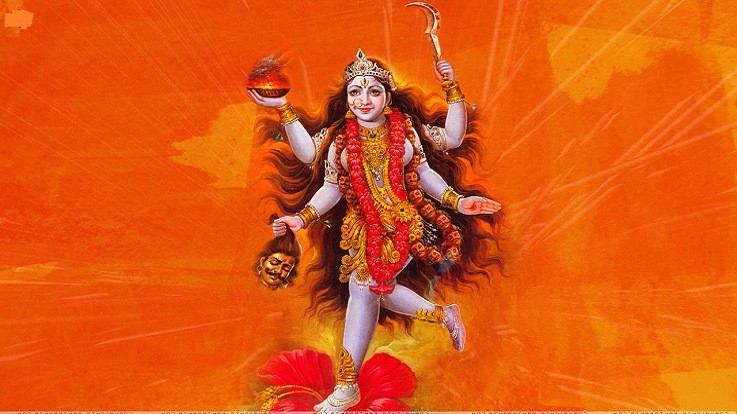 As per the legends, when Goddess Durga killed demon Mahishasura, the Gods started believing that because of their powers, Goddess Durga was able to defeat the demon. To vanquish their arrogance, Lord Brahma appeared as a Yaksha. He placed a blade of grass in front of the Gods and asked them to destroy it. None of the God was able to move the grass with their great powers. Ultimately, they realised that their powers are derived from the supreme source of power, Shakti. She is the supreme Goddess. Thus, Jagaddhatri came to be worshipped. 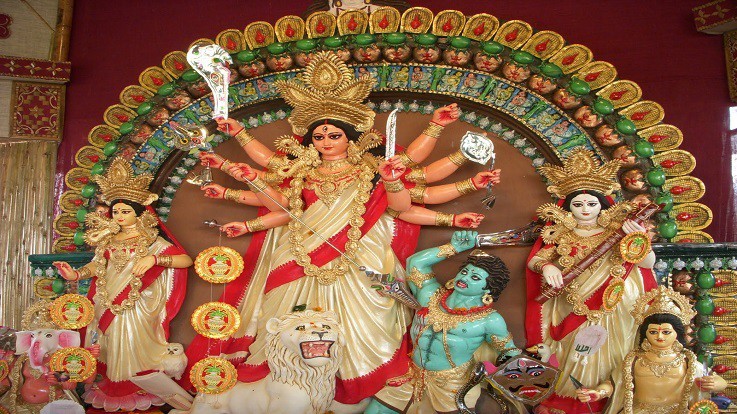 A view of the celebration from West Bengal

'Jagatddhatri' Puja is a festival with lengthy. Like Durga Puja, this Deity is worshipped from Shashthi to Dashmi day.

Shashthi - The main Puja begins from Shashthi with “Bodhon” ritual with the unveiling of Devi's face. An idol of Goddess Jagatdhatri is installed on a raised altar. The priest performs the ritual of “Pran –Pratishtha” in the clay idol.

Saptami – The Puja of Goddess Jagaddhatri begins from Saptami day which involves Mahasnan.

Ashtami - Goddess is worshipped in the form of wealth, Good Fortune, and Prosperity. Devotees chant the mantras and offer flowers to Goddess. They pray and seek the blessings. Devotees prepare Ashtami Bhog, food offered to Devi which is later distributed among the devotees.

Navami is considered highly auspicious. It is believed that Goddess was conceived and appeared on the earth on this day. Rituals of animal sacrifices are held. Nowadays, animals have been substituted with 'Chalkumro' or pumpkin, cucumber and banana.

Dashami - The tenth day is known Vijayadashmi. The idol of Goddess Jagaddhatri is taken to the lake or river for immersion. With the immersion, the ten-day festivities come to an end. The immersion ceremony is known as "Bishorjon." Music- dances before the image of Devi, incense wafting in the air, all form an integral part of the Puja.