Attukal Pongala festival is held at the Attukal Bhagavathy Temple. The goddess worshipped at Attukal temple is Kannagi who is an incarnation of Goddess Parvati, the consort of Lord Shiva. Attukal Pongala is a popular women's festival which is celebrated in ancient Bhagavathy temple at Attukal in the Thiruvananthapuram district. It is a ten-day-long event which begins from the Bharani day (Karthika star) of the Malayalam month of Makaram-Kumbham (February-March) and concludes on the tenth day with the sacrificial offering known as Kuruthitharpanam at night. The ninth day is the important day of the festival when Attukal Pongala Mahotsavam takes place. Thousands of women of all castes and creed from Kerala and Tamil Nadu make offerings for the Goddess by cooking Pongala near the temple. 'Pongala' is to boil over. It is a customary offering to please the deity. It consists of porridge of rice, sweet brown molasses, coconut, nuts, and raisins. 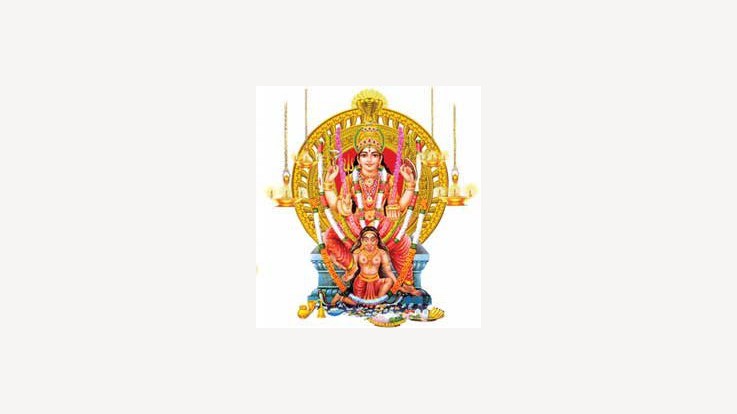 As per the Tamil poem Silappathikaram - the Epic of the Anklet, the story has it that Kannagi’s husband Kovalan was given death penalty by the ruler of Madurai for stealing the anklet of the queen. Kannagi proves the innocence of her husband. Later, she leaves the city. On her way to Kodungalloor shrine, she stops at Attukal. Goddess Attukalamma is an incarnation of 'Kannaki,’ the heroine of Tamil Epic 'Silappathikaram' which was written by Tamil poet Illango in 2nd century A.D 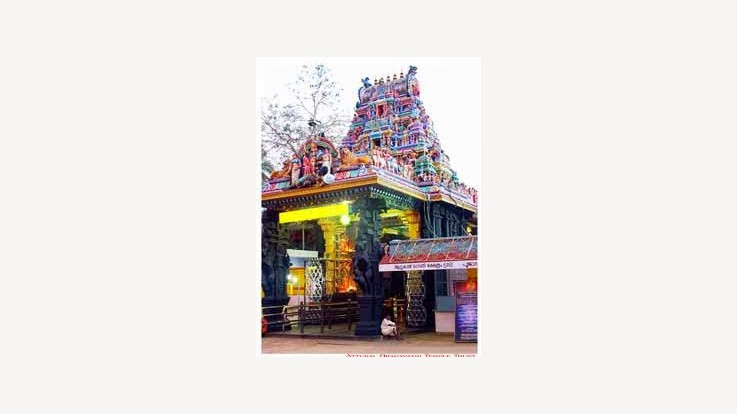 It is believed that Goddess appeared as a young girl to an old man at the Killi River. He helped the girl in crossing the river and decided to take her home. After reaching home, the young girl disappeared. On that night, Goddess appeared in the dream of the old man. She said that she had drawn three lines in a sacred grove and she would like to reside at that place. Next morning, the old man went to the place and discovered three marks at the suggested site. He built a small temple and as time passed the Goddess brought prosperity to the region. Later, the locals renovated the shrine to the present status. 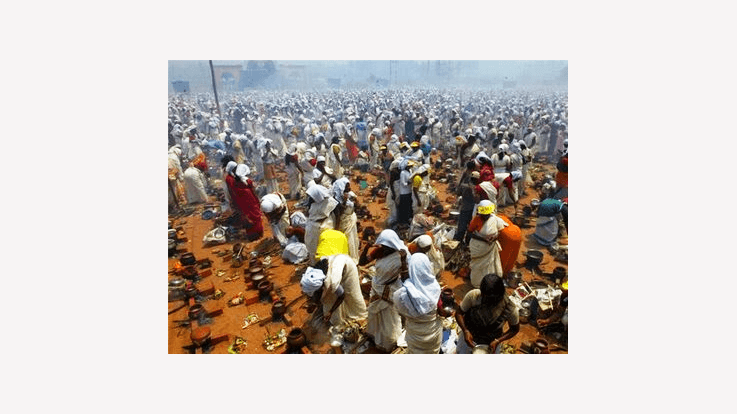 Festivities begin with Thottampattu (a song about Bhagavathi). The religious songs continue for nine days of the festival. On the ninth day of Attukal Pongala thousands of women gather in the temple and prepare Ponkala or Pongala. The ritual of cooking starts from early in the morning. The chief priest arrives with Goddess's sword and blesses the women by sprinkling holy water and showering flowers. The Pongala is taken back to the house by the women. 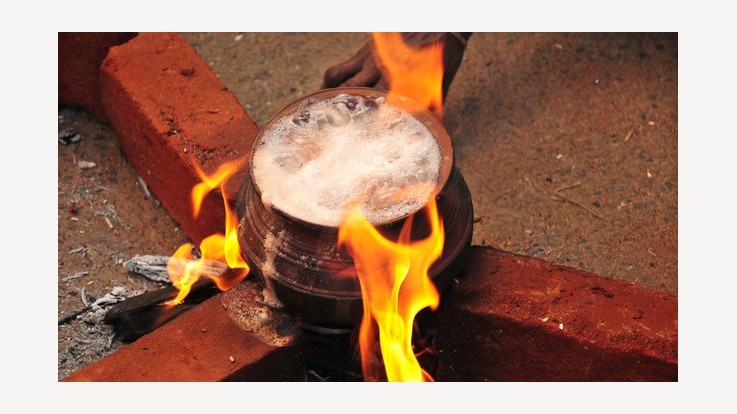 Pongal in the making process

Later, the idol of the goddess is carried to Manacaud Sastha Temple in a colourful procession comprising of Thalapoli, Kuthiyottom, Annam, Vahanam and elephants with musical ensembles by artists. Devotees greet the procession with Nirapara (a pot filled with paddy and decorated with flowers). The procession reaches back to the temple next morning. This marks the end of the festival.