Bilva Nimantran is a foremost ritual of Durga puja. The festival of Durga Puja starts in the Shukla Paksha of Aswin month. Thousands of devotees offer prayers to their departed ancestors at the river banks. The ritual is called Tarpan. The main puja lasts for three days - Mahasaptami, Maha-Ashtami, Mahanavami. The festival involves chanting Mantras, reciting Shlokas, singing Arati and offerings.

Durga Puja is also known as “Durgotsava” and is celebrated to worship Goddess Durga. It is a five-day festival which is celebrated during the period of Sharad Navratri in the month of Ashwin.

The Durga Puja ceremony is observed as Shashti, Maha Saptami, Maha Ashtami, Maha Navami, and Vijayadashami. Durga Puja starts from the fifth day of Navratri (Sharad Navratri) which is known as Bilva Nimantran and culminates on the Dashmi Tithi or Vijayadashami. 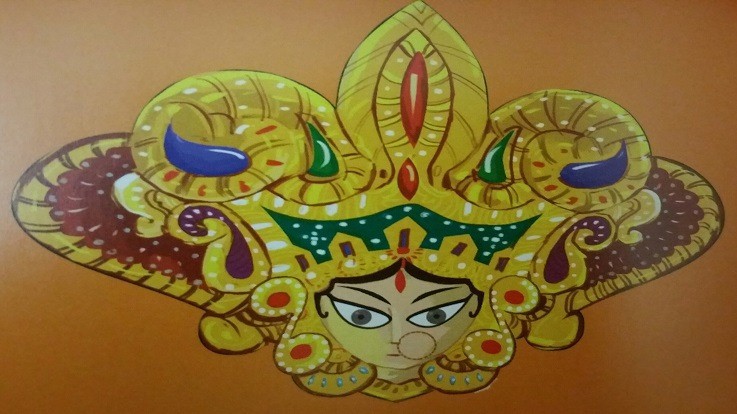 According to a Hindu legend, a Buffalo Demon Mahishasura, after years of praying to Lord Brahma, was granted a boon which made him invincible. Any man or God could not kill him. After gaining power, Mahishasura started destroying the world. He began to kill people and became a threat for Gods. To annihilate Mahishasura, Goddess Durga emerged from the collective energies of Gods as a divine feminine power. The victory of Goddess Durga over the demon Mahishasura is celebrated during Durga Puja. 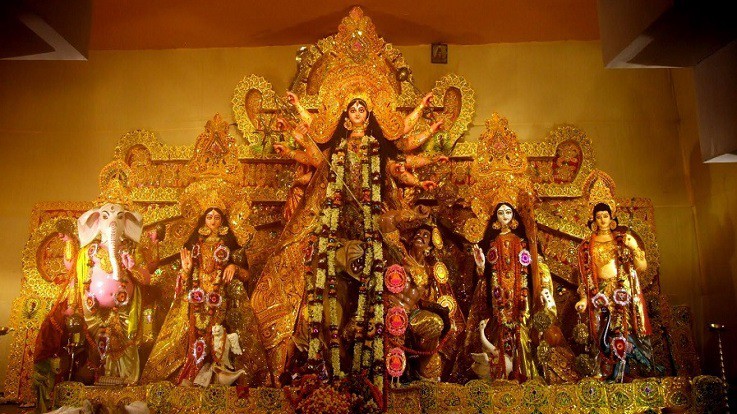