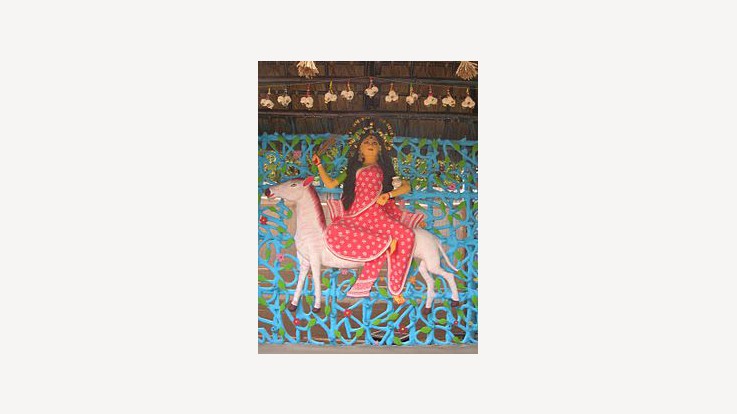 Sheetala Mata is known to cure ailments such as chicken-pox and small pox and measles. The Goddess seated on a donkey is seen holding neem leaves, broom, soup and a pot. Her magnificence has been mentioned in several religious scriptures. In the Skanda Purana, the benefit of worshipping Goddess Sheetala has been explained in details including Sheetala Mata Stotra or Sheetalashtak which was written by Lord Shiva. The day is dedicated to worshipping Goddess Sheetala. By worshipping the Goddess, devotees can prevent the outbreak of epidemic diseases, especially among children. 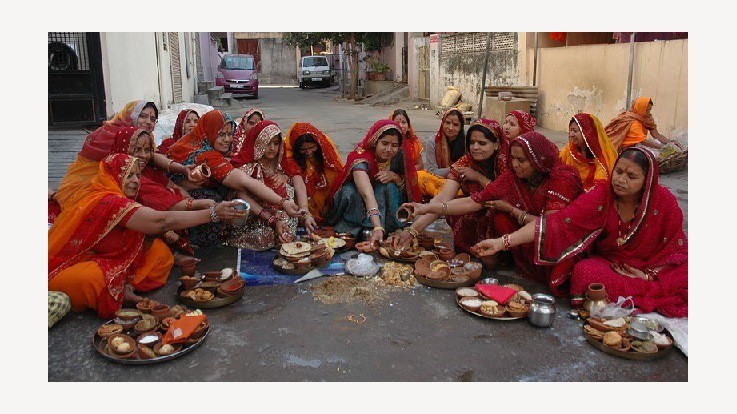 A king named Indralumna was ruling Hasthinapur. His daughter Shubhakari was married to prince Gunvan. Once, the king invited them to observe Sheetal Ashtami. The couple left for a lake and performed the vrat with devotion. Pleased with their dedication, Goddess Sheetala appeared before them and granted a boon to Shuhbakari. On their way back, Shubhakari saw a family of priest grieving over the death of the priest due to snakebite. Shubhakari used the boon to revive the priest from death. Locals realised the power of the Sheetal Ashtami vrat, and they too observe the vrat with great faith. 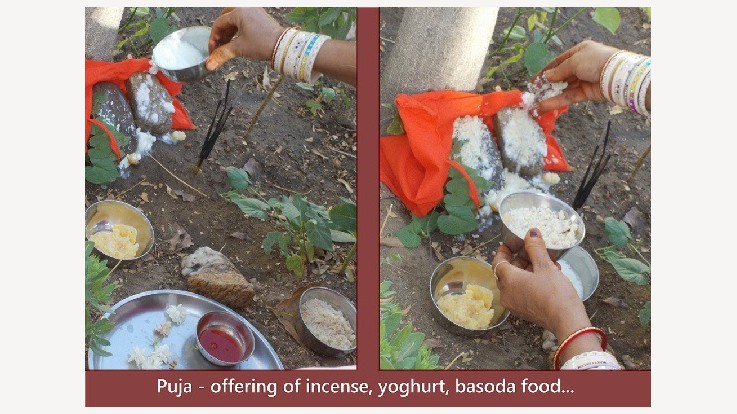 Offering of curd and food

On the day of Sheetala Ashtami, Devotees take a bath before sunrise on a lake or river and install an image of Goddess Sheetala. They decorate the idol with Sandalwood paste, Turmeric, Vermilion and also offer fruits as well as sixteen types of offerings. At the end of the puja, rice mixed with ghee is offered as Prasad which is cooked the previous day. After the puja, the rice is eaten by all the family members. On Sheetala Ashtami, the families do not lit the fire for cooking. They prepare food a day in advance and consume the food on Ashtami day. Devotees visit Sheetala Devi Temple and worship the Goddess with Turmeric and ‘Bajra.’ After performing the puja, they read or listen to the ‘Basoda Vrat Katha.’ ‘Rabri,’ ‘curd’ and other essential offerings are made to Goddess. Remaining food is eaten as Prasad and is known as ‘Basoda’ in the local language. The food is also distributed among the devotees. On this day reading ‘Sheetalashtak’ is also considered favorable.