Shantanu was a Kuru king who ruled Hastinapura. He was a descendant of the King Bharata, of the lunar dynasty and great-grandfather of the Kauravas and Pandavas. He was the youngest son of Pratipa, King of Hastinapur and was born in the latter's old age. Devapi, the eldest son of Pratipa, was suffering from leprosy. Hence, he decided to become a hermit. The second son Bahlika abandoned his paternal kingdom and started living with his maternal uncle in Balkh. He inherited the throne from him. Thus, Shantanu became the king of Hastinapura by default. 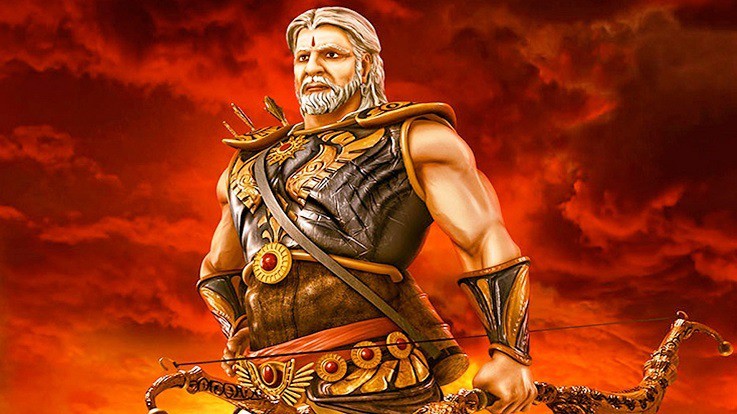 One day King Shantanu was hunting near the bank of Ganga. He saw the beautiful Goddess Ganga. Shantanu fell in love with her. He approached her proposed her to marry him and to be the Queen of Hastinapur. Ganga asked him to come on next day. On the next day, King Shantanu again proposed Ganga. She agreed on a condition that King will never Question her about her actions. Shantanu promised her that he will never question her and will never ask her to give any explanation about any of her action. Ganga also warned King that if he questions her, then she will leave him. King Shantanu Married Ganga and the whole kingdom welcomed their new Queen. A few months later, Ganga gave birth to her first son. On the next morning, King Shantanu saw her going towards the river, with their son. King followed her, and he was shocked to see that Ganga drowned their son. King was bounded by his words that he will never Question her. But the same thing happened when Ganga gave birth to her Second, third, fourth, fifth, sixth and Seventh Son. King was stuck with grief. The entire kingdom was talking about the stubbornness of Ganga. 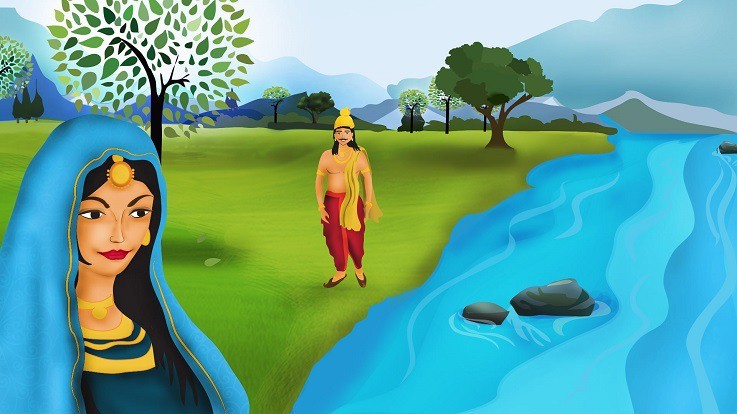 When Ganga gave birth to their eighth son, king Shantanu decided to follow her to stop her from drowning the child. King did the same and asked her for the reason to drown their children. Ganga reminded King of his promises. Being a Father, he can no more see his sons drowning in front of his eyes. Ganga revealed a story from her past. She was the daughter of Lord Brahma, and she is protecting their children from a curse. Ganga and Shantanu both were suffering from the curse. Ganga told Shantanu that he was king Mahabhishan in his last birth who was a friend of Indra. One day Mahabheshan came to Swarg. Ganga was also present there with his father, Brahma. Mahabhishan was looking at Ganga. A soft breeze blown off the cloth from Ganga’s shoulder everyone in the court put their eyes on the floor except Mahabhishan. Lord Brahma enraged at this, and he cursed them to take birth on the earth. Their sons were also cursed by sage Vashisth. Ganga had promised them to give birth, and she will drown them to release them from the curse. As King Shantanu questioned Ganga, she was freed from the curse. She took the eighth son with her and promised to return him to the king at the right time. The eighth son was named Devavrat. 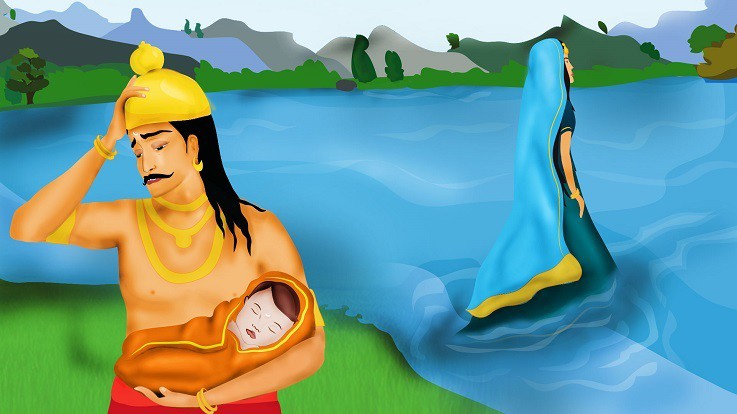 Shantanu saves his son from drowning

Sixteen years were passed away, and King Shantanu was waiting for his son. One day Ganga came with their son Devavrat as she promised. The king hugged his son Devavrat. Ganga told the king that Devavrat had learned Vedas from sage Vashisth, war rules from Parshuram and politics from sage Bhraspati because she knew that Hastinapur needs a deserving Prince and Devavrat is capable of it. Ganga convinced Devavrat to go with his father as she was bound to her duty.