A four-day long Baneshwar fair is a famous tribal event which is held in Dungarpur district of Rajasthan during the month of February at Baneshwar, a small delta formed by the river Soma and Mahi. 'Baneshwar' meaning the ‘master of the delta’ which is derived from the Shiva Linga of Mahadev temple in Dungarpur. It is a religious fair with simple and traditional rituals. The tribal of Bhils come from the neighbouring states of Madhya Pradesh and Gujarat and offer prayers to Lord Shiva.The Baneshwar fair is held from Magh Shukla Ekadashi to Magh Shukla Purnima. This festival is an integrated culture of the region which reflects their customs and traditions. The event is organized partly by the tribal community in the state. The fair revolves around many rituals and bears a religious significance. 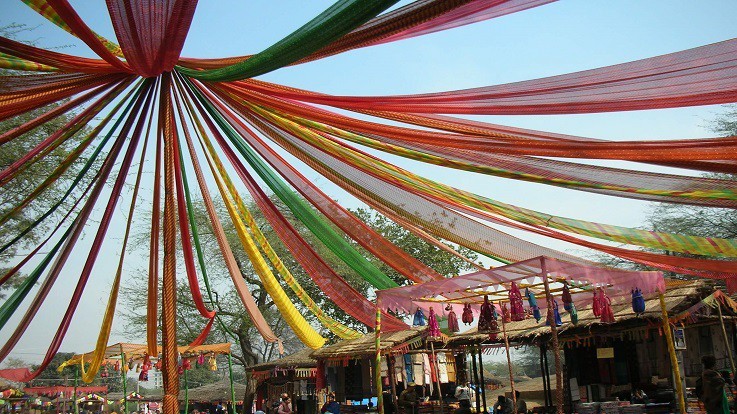 A View of the Baneshwar Fair

Baneshwar fair in its present form is one of two fairs: one which is held in honour of Baneshwar Mahadev (Lord Shiva) and another fair, which started after the construction of the Lord Vishnu Temple by Jankunwari, daughter-in-law of Mavji, a sage considered to be an incarnation of Lord Vishnu. Aje and Vaje, the two disciples of Mavji, constructed the Lakshmi- Narayan Temple near the confluence of rivers Som and Mahi. The 'Pran-Pratishtha' of the idols was performed on Magh Shukla Ekadashi. Since then, the fair is being organized on this day. On Magh Shukla Ekadashi, the priest arrives at the site in a huge procession. A silver image of sage Mavji is also brought on horseback. Devotees take a dip in the river and consign the ashes of their dead ancestors at the confluence of the rivers. Several stalls and shops sell handicraft items made by the tribal group. Attractions of Baneshwar Fair include an animal show, magic show, puppet show, dance, and acrobatics. Many domestic and international tourists are seen visiting at Dungarpur to witness Baneshwar fair. 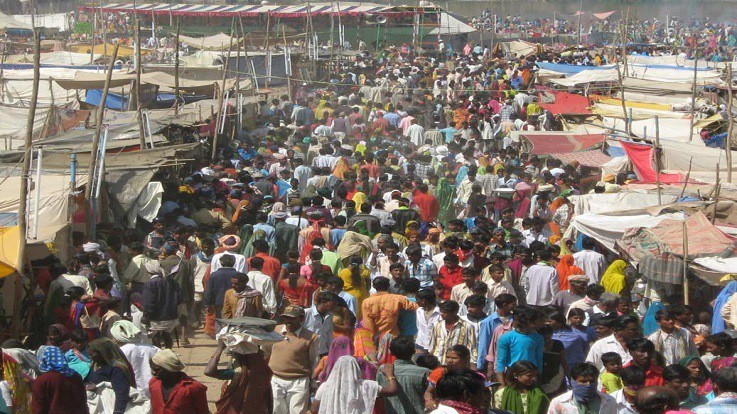 Crowd at the famous Baneshwar Fair

The temple of Baneshwar Mahadev remains open for the entire day during the fair. In the morning, saffron tilak is applied to the Shivlinga after it is bathed. In the evening, 'Ash' is applied to the Linga and an 'aarti' with a fine-wick lamp is performed. Devotees offer wheat flour, pulses, rice, chilies, jaggery, ghee, salt, and coconut. Devotees pray in the temples of Lakshmi -Narayan and Lord Brahma. Ras-Lila is performed at night in the Lakshmi Narayan Temple. The devotees sing devotional songs and perform the folk dance. They enjoy the rides of swings. At night, you can watch Raslila in the Lakshmi Narayan Temple.

By Train: The nearest railway station is Udaipur.

By Air: Dabok airport (24 km) is the nearest airport.