Swarna Gauri Vrata is a festival when Goddess Parvati is worshiped. This festival is celebrated predominantly in South India on the day of Bhadrapada Shukla Tritiya i.e. on the third day of Bhadrapada Month. Swarna Gauri Vrata is observed as Hartalika Teej in Bihar, Rajasthan, Uttar Pradesh, Jharkhand, and Maharashtra. It is believed that Goddess Gauri comes to her parents’ house just like any other married daughter would come to her parents’ house and next day, her son Lord Ganesha, comes to take Her back to Kailasa. 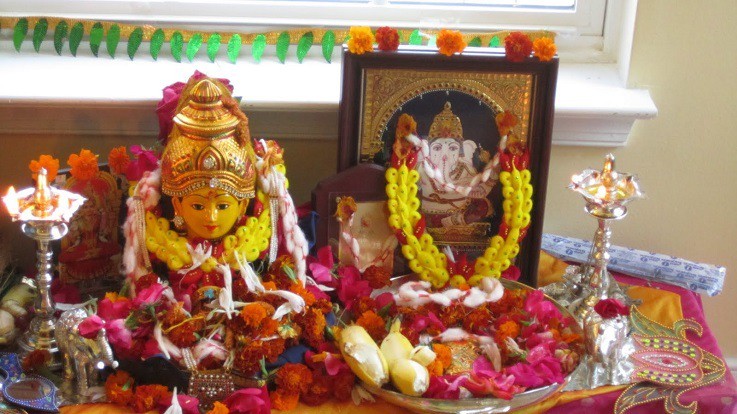 Goddess Parvati is worshiped as Gauri, an incarnation of Adi Shakti Mahamaya. Married women observe the Vrata praying for the longevity of their husbands, wealth, and prosperity. Young girls celebrate this festival to get good husbands. Goddess Gauri is worshiped for courage and power. Goddess Parvati descends on earth on this day to answer the prayers of married and unmarried women. 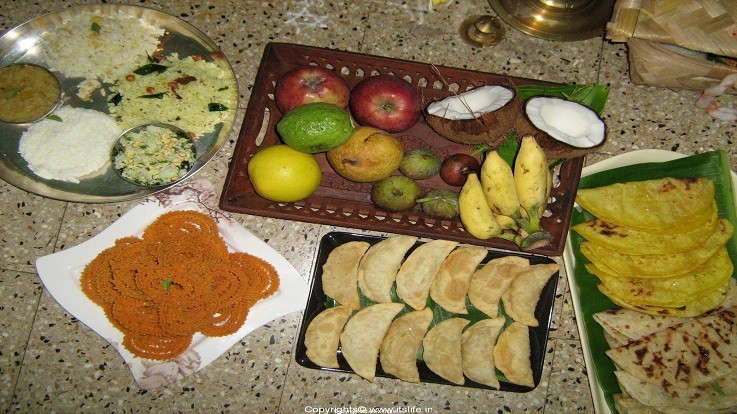 Parvati undertook a penance for 16 years to win over the love of Lord Shiva. She survived only on grass and fruits. Pleased with her penance, Lord Shiva married Goddess Parvati. It is one of the reasons for married women performing the Puja for 16 years. 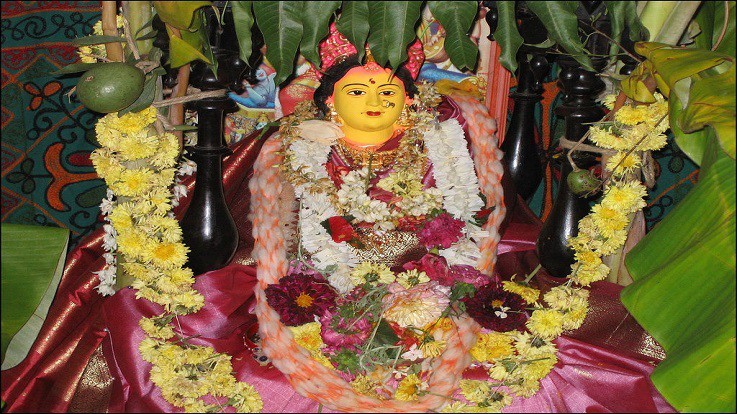 As per another legend, King Chandraprabha was ruling Vimalapur, a town on the banks of the Saraswathi River. He had two wives. Once, the King entered a dense forest for hunting. Suddenly, he saw several women offering prayers near the pond. He asked one of the women about the Puja and its significance. The women replied that they were observing Swarna Gauri Vrata so that all their wishes would be bestowed. She explained him the rituals associated with the Puja. The king was happy to hear the story and tied the sacred thread on his right wrist and came back to his palace.

The King explained about the Vrata to both his wives. The first wife got angry at his narration, snatched the thread from his right wrist and threw it on a dried plant. After few days, fresh leaves began to sprout from the dried plant. The king’s second wife took the thread from the plant and tied it on her wrist. She performed the Puja. She was blessed with prosperity and love of the King. The first wife, due to her ignorance about the Vrata had to leave the palace. She roamed in forests and suffered a lot. She wept inconsolably. Goddess Parvati appeared before her and consoled her. The queen realized her mistake and observed Swarna Gauri Vrata with devotion. Goddess Gauri bestowed happiness and love of her husband.

A clay idol of Goddess Gauri is placed on a silver/copper plate filled with rice. A small pyramid is made out of Turmeric paste. Women offer flowers, leaves, kumkum, turmeric powder and 16 line Gejjevastra to Goddess. Women worship a thread colored with turmeric powder and 16 knots. It is tied on their right hand. Delicious food items such as Chitranna (colored rice), Payasa (pudding), Kayi Holige (sweet bread), Tove, Rasam, Kayi Kadabu, Palya (Vegetable dish), Kosambari (salad) and Ambode or bhaji are prepared and relished together by everyone at home.

After the puja rituals, women exchange decorated bamboo plates (mora) filled with nine types of grain, along with Jaggery, bangles, turmeric, kumkum, Betel leaves, fruits and nuts, and Dakshina. It is known as Morada-Bagina. Women perform the puja at their maternal homes. On the next day, Gauri is given a warm send off by offering Udi (offering the sacred items such as Turmeric, Flowers, Vermilion, Rice, Betel nuts and dry Coconut). The clay idol is immersed in the water.