Kalparambha ritual is conducted on Shashti tithi. The festival of Durga Puja starts in the Shukla Paksha of Ashwin month. Devotees offer prayers to their ancestors at the river banks, a ritual called Tarpan. The unveiling of the Goddess idol starts on Mahashasthi. The main puja lasts for three days - Mahasaptami, Maha-Ashtami, Mahanavami. The festival involves chanting Mantras, reciting Shlokas, singing Arati and offerings. The festival of Durga Puja, also known as “Durgotsava” is dedicated to Goddess Durga. The five-days festival is celebrated during the period of Sharad Navratri in the month of Ashwin. Panchami, Shashti, Maha Saptami, Maha Ashtami, Maha Navami, and Vijayadashami are the most important days of Durga Puja. The festivities begins from the fifth day of Navratri (Sharad Navratri) which is known as Bilva Nimantran and culminates on the Dashmi Tithi or Vijayadashami. 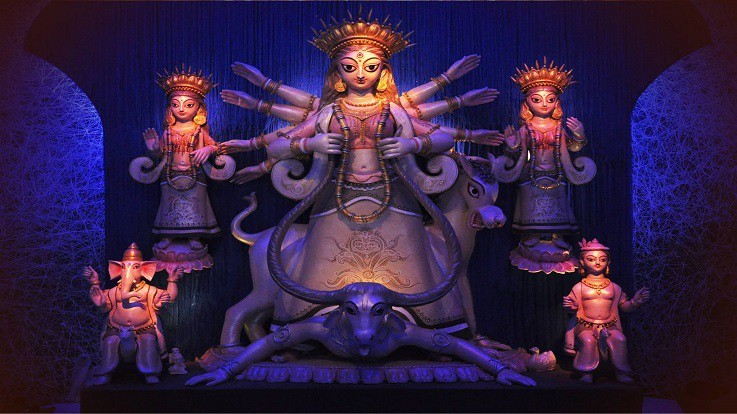 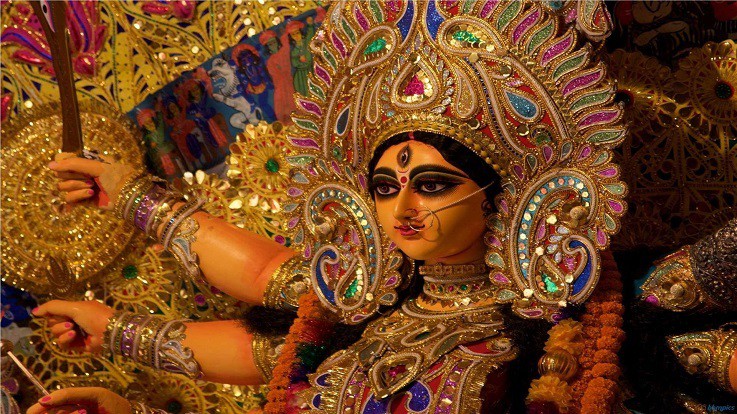 Kalparambha’ is an early morning ritual which is performed during Pratahkal. The ritual involves placing a ‘pot’ or Kalash filled with water and mango leaves next to the idol of Goddess Durga. The devotees make a resolution or Sankalp to observe and perform puja ceremony in a ritualistic manner during the next three days of Maha Saptami, Maha Ashtami, and MahaNavami. Kalaparambha ritual is performed before the beginning of the Durga Puja. Kalaparambho is followed by Bodhon, Amontron and Adibas.