Goddess Shailaputri who is also a form of Goddess Parvathi is worshipped on the 1st day of Navaratri .Goddess Shailaputri was born as the daughter of Himavath, the Lord Himalayas - the king of mountains .The word “Shila” is known as the translation of "mountain" in Hindi. Hence, she got the name Shailputri (the daughter of mountains) and even referred as Goddess Parvati, a wife of Lord Shiva and mother of Lord Ganesha and Kartikeya. 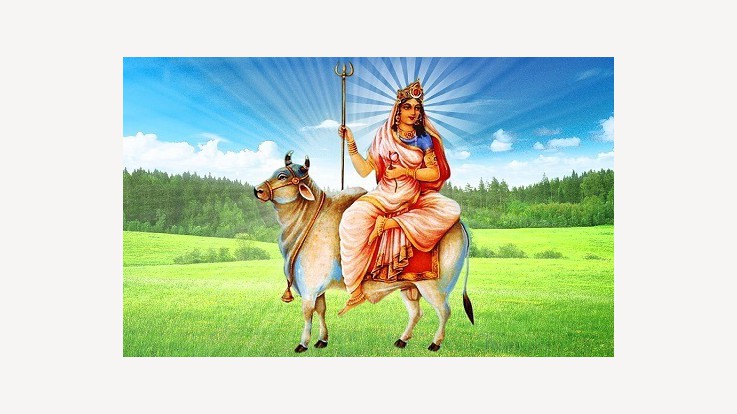 Appearance and Power of Maa Shailaputri:

Goddess Shailaputri is known for her divine quality,has a half moon adorning her forehead, she holds a Trishul on her right hand and lotus flower in her left hand and she rides Nandi a bull. She is also popularly known as “Visharudha” because she mounts a bull. 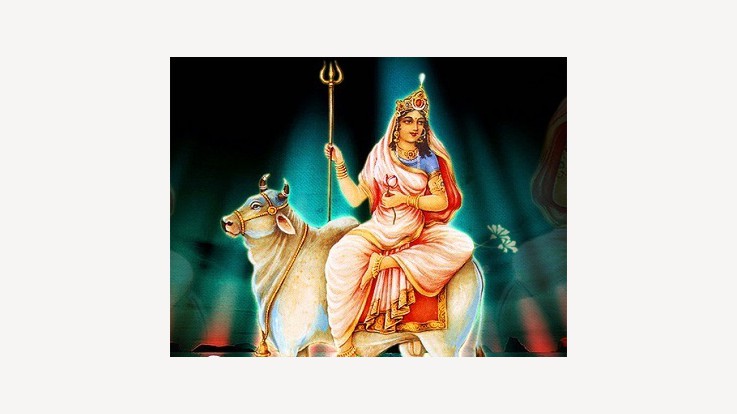 The legend states that after Parvathi sacrificed her life as Sati, she was reborn as the daughter of Himavath in the form of Shailaputri. She is the first incarnation from the Navadurgas and worshipped on the first day of Navarathri as Durga Shailaputri. She is also known as Sati Bhavani, Parvati or Hemavati. She is respectfully married to Lord Shiva as it is said that she broke the egoism of Lord Indra. Thus, the tridents Lord Brahma, Vishnu and Shiva are all capable of getting the Shakti from Goddess Shailaputri.

The form of Goddess Shailaputri is the most subtle form of Goddess Parvathi and she is prayed and worshipped to be the wife of Lord Shiva because she has taken her birth to marry Lord Shiva after performing Sati in her previous birth. Goddess Shailaputri or Parvathi is worshipped as a bringer of good luck, peace and prosperity in the home and family. Her mantras are also chanted by the unmarried woman to get a husband as faithful as Lord Shiva. 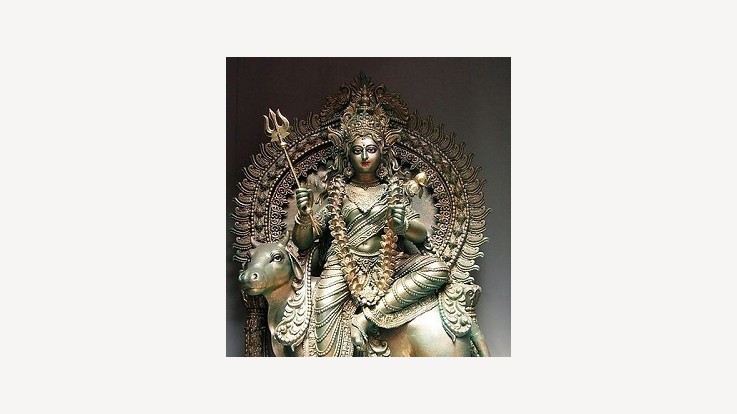 Meaning : ("I pay my respect to the divine Goddess mother Shailaputri, who grants upon the choicest boons to the devotees. She is adorned with the crescent moon on her forehead and she is mounted on the bullock or Nandi. She holds a Trishul in her hand and she is adorned as Yashashwini.”)