Prologue:Govardhan Puja or Annakut puja (meaning a heap of grain), is celebrated across India on account of Lord Krishna defeating Lord Indra by lifting the Govardhan hill. The puja is performed on the fourth day of the Hindu festival Diwali by worshiping the heap of grain that symbolizes the Govardhan mountain. Govardhan puja is celebrated to cherish the victory of Lord Krishna over the arrogant Lord Indra. Lord Krishna taught the people of Vrindavan to worship nature. Annakut pooja is performed with immense gratitude, passion and eagerness. It is one of the most important rituals followed across various states of India such as Punjab, Haryana, Uttar Pradesh, Mathura, Vrindavan and Bihar. 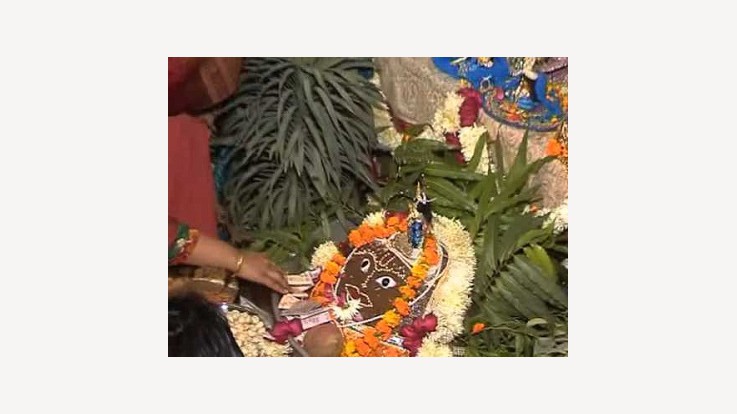 Legends Behind the Festival:Govardhan is a small hillock situated at 'Braj', near Mathura. According to the legends in 'Vishnu Puraan', people of Gokul used to worship and prepare a sacrifice to please Lord Indra as they believed that it was he who sent rains for their welfare. It has been a ritual for many  years. People believed that if they do not perform this puja, Indira would get angry and there will be no rain which will lead to scarcity of grains and fodder. Lord Krishna asked everyone not to follow the rituals blindly. Lord Krishna explained them that it was Govardhan mountain and not Lord Indra who helps bringing rain and hence they should worship the Govardhan. People got convinced and performed the puja for Govardhan. This made Lord Indra furious. He vented his anger upon the villagers of Vrindavan. He began heavy rains and villagers had to face heavy floods as a result of his anger. Lord Krishna came forward to ensure the safety of the villagers and cattle. After performing puja and offering prayers to Govardhan, Lord Krishna lifted the mountain on the little finger of his right hand so that everybody could take shelter under the hill. He lifted the hill for seven days and seven nights. After this incidence Lord Krishna was also known as Giridhari. Indra accepted him as a supreme power. Since then, Govardhan puja came into existence. 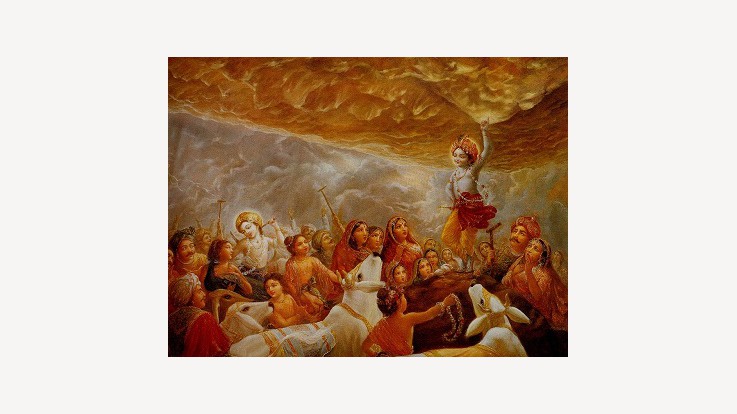 Another legend associated with Govardhan Puja is that of King Bali who was defeated by Lord Vishnu in his 'Vamana' avatar. It is believed that King Bali comes out from Pataal Lok every year on the day of  Govardhan Puja to visit his Kingdom on the earth. This day is also known as 'Padva' or 'Bali Pratipada' in some parts of the country. 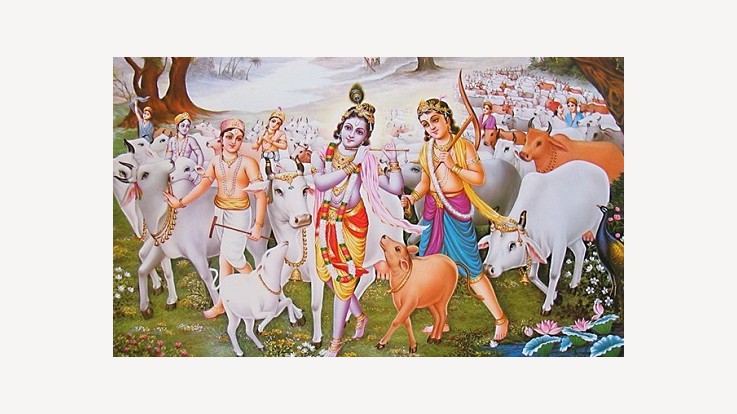 Significance Of Govardhan Puja:By offering the Annakoota people show their gratitude towards the Lord. This meal is also known as the Chappan bhog. The puja is also significant as it spreads the message of conserving the natural resources. Worshipping the mother nature has always been an integral practice in Hinduism. The main purpose behind the mountain worship has always been conservation and protection of the vulnerable and precious natural resources.