Overview:Durga Puja is the ceremonial worship of Goddess Durga which is one of the most important festivals. Apart from being a religious festival, it is also an occasion for coming together and rejuvenation, with a celebration of traditional culture and norms. While the rituals involve ten days of fast, feast and worship, the last four days - Saptami, Ashtami, Navami and Dashami - are celebrated with joy and grandeur, especially in Bengal, where the ten-armed Goddess Durga riding the lion is worshipped with great devotion. 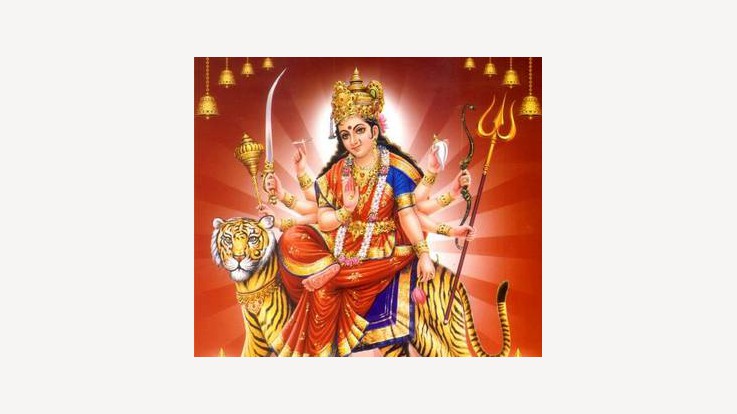 Durga Puja Ritual:Durga Puja is celebrated in the Hindu month of Ashwin. The festival is celebrated to commemorate Lord Ram's invocation of the goddess before beginning the war with the demon king Ravana. Lord Ram, first worshipped the 'Mahishasura Mardini' by offering 108 blue Lotuses and lighting 108 lamps.

Durga Puja begins with Dhyanam which is the first and foremost step. Dhyanam is the Prayer or the Meditation process in which devotees should chant Durga Beej Mantra.

The Second step of Durga Pooja is to worship the Goddess and invite her to come into the Idol. This is Known as Avahana or Invocation. At the time of Invocation, devotees should recite Durga Avhana Mantra.

The Third Step is to offer Seat to God. Goddess is offered a new, clean, decorated Red cloth to be seated.

The fourth step is to wash the feet of Goddess Durga gently by pouring Gangajal.

Arghya is the fifth step when the Goddess Durga is situated and her feet are washed then offer water to wash her Hands.

After this offer drinking Water to Goddess Durga which is known as Aachamana.

7. Snana (Bathing with Water or pancha-mruthas)

Wash Goddess Durga’s Idol with Panchamruth which is a mixture of Milk, Yoghurt, Ghee, Honey, Sugar.

Apply Chandan Paste to the forehead of Goddess Durga.

Offer flowers to Goddess Durga by reciting her 108 names and offer one flower after reciting each name.

Enlight Oil Lamp in front of Goddess Durga which symbolizes bringing of Light into Life. 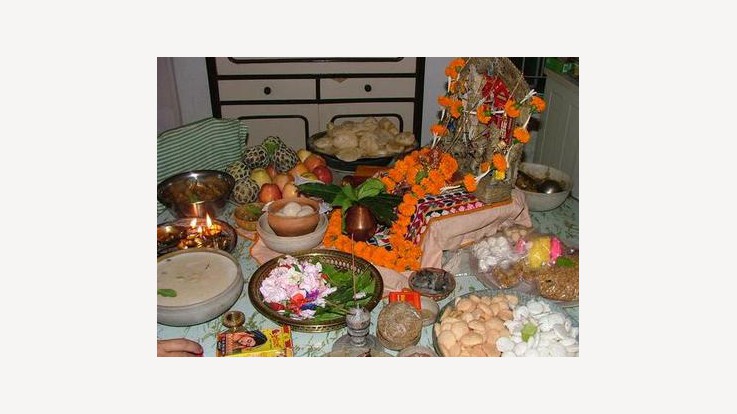