Tat - That (the Almighty)

Varenyam - The most adorable, highest

Origin of the Gayatri MantraBasically, the Vedas are considered to be the source of knowledge. The word "Veda" itself implies "Knowledge". "Gayatri Mantra", also known as the "Guru Mantra" or the "Savitri Mantra" is one of the ancient mantras. Gayatri mantra is generally thought of as being amongst the most powerful mantras. Gayatri mantra is often referred to as "the Mother of the Vedas". In the Bhagavad Gita, Lord Krishna had said to Arjuna - "Among all the mantras, I am the Gayatri". 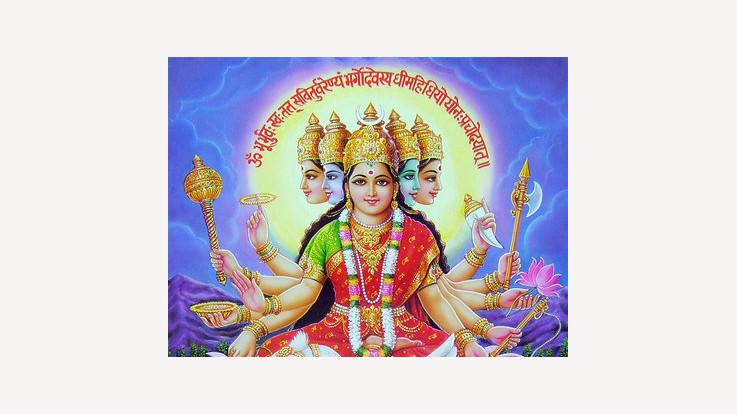 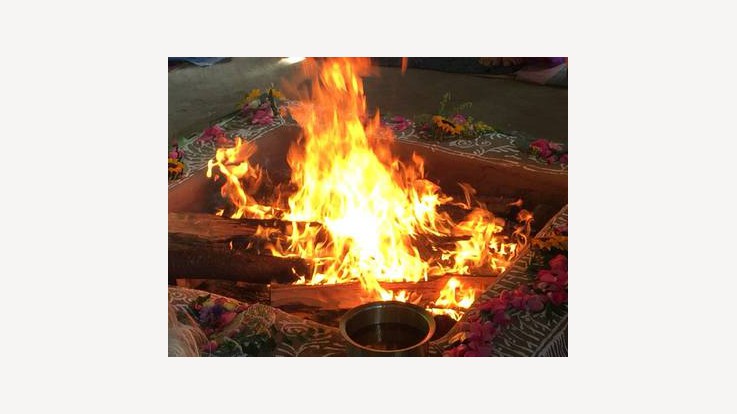 The significance of Gayatri Mantra Jaap: The Gayatri Mantra has a unique place as it has both the power of mantra and of prayer. The Gayatri mantra has spiritual as well as material benefits. Great siddhis can be achieved by Gayatri sadhana. Gayatri is a mantra of righteous wisdom. Chanting Gayatri mantra brings the same fruit as the recitation of the four Vedas. Gayatri mantra destroys sins, bestows health, beauty, strength, vigour, vitality and aura on the face. It has an inherent power, known as "Mantra shakti", which has a positive influence due to its mere utterance. Gayatri mantra has strength, through its mere utterance alone, as well as also an instrumental power or "Prarthana shakti, which is derived from the understanding of its meaning and philosophical significance. Hence, the repeated and correct chanting of Gayatri Mantra, with a proper understanding of its meaning, is believed to be of the greatest good to the devotees. The prayer form of the Gayatri takes various forms. The Gayatri Mantra is also known as the Savitri Mantra, which is invoked as a salutation to the Sun. The form that can be used to pray to Lord Shiva is called Rudra Gayatri. Similarly, one may sing Ganesha Gayatri for Lord Ganesha, Hanuman Gayatri for Lord Hanuman, and Saraswati Gayatri for Goddess Saraswati.