Overview:Shitala Mata is a tribal deity who is a divine form of Goddess Durga. Legend has it that Goddess Shitala wears red attire and rides around on a donkey. She has four arms which hold a silver broom, winnow fan, a bowl and an urn with Gangajal. Goddess Shitala protects mankind from the deadly diseases and plagues, which can otherwise have negative effects. According to Hindu mythology, Goddess Katyayani, an incarnation of Shakti had manifested as Shitala Mata in order to kill the deadly demon Jwarasur, who threatened the world with deadly fever and plague. There are several references to her greatness in the Puranas. 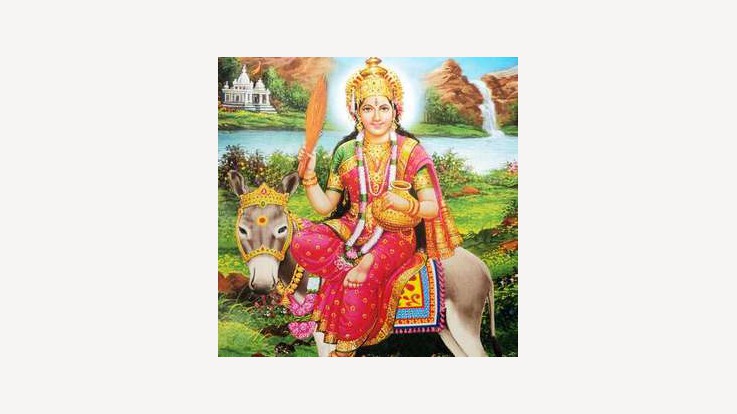 Maa Shitala Puja Ritual:Sheetala Saptami falls on the seventh day of the Hindu month Chaitra . On this day Shitala mata’s puja is conducted after taking a bath with cold water. The idol of Goddess Shitala is worshipped with Shodashopachar puja. Goddess is offered cooked food and ghee. Women read or hear Sheetala Devi Vrat Katha and perform Aarti. Devotees also offer raw flour and molasses as prasadam to the devi. On this day devotees prefer consuming cold meal which is cooked on the previous day i.e. sixth day. The previous day is dedicated to cooking and is known as Randhan Chhath. 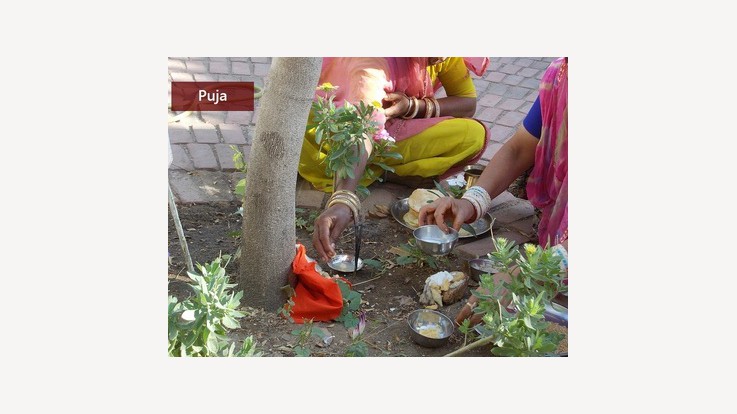 Legend of Goddess Shitala:According to Puranas, Lord Brahma created Goddess Shitala. She was promised that she will be worshipped as a Goddess on earth but she has to carry the seeds of lentils along with her. She then asked for a companion. Lord Shiva blessed her and created Jwara Asura from his sweat. Goddess Shitala and Jwarasura stayed at Devaloka. They used a donkey to transport the lentils to wherever they went. But one day, the lentil seeds turned into smallpox germs and started spreading the deadly disease in Devlok. Finally, fed up with this disease, gods asked her to go and settle on earth where she will be worshipped by humans. Shitala and Jwarasura came down to earth. They started hunting for a place to stay. King Birat, an ardent devotee of Lord Shiva, agreed to worship her and gave them a place in his kingdom. An angry Shitala demanded supremacy over all other deities. When King Birat refused, she started spreading different kinds of fevers in his kingdom. Finally, the King had to agree to her demands. Soon the disease and all its ill effects were cured.