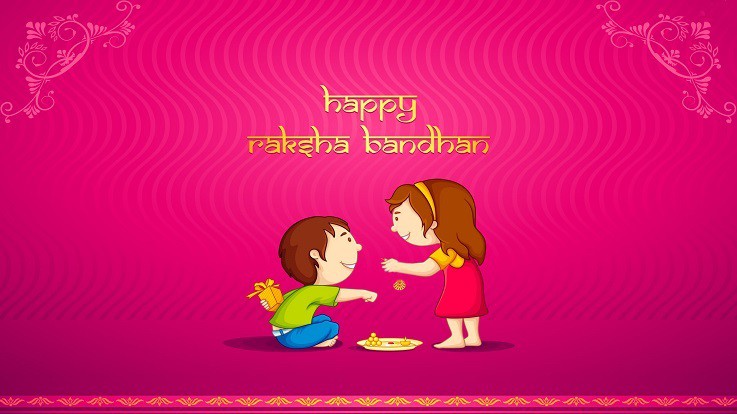 Raksha Bandhan in Sanskrit means "the tie or knot of protection. Raksha means protection, Bandhan means to tie. The ancient Hindu festival celebrates the love and duty between brothers and their sisters. The sister ties Rakhi and prays to express her love and her wish for the well being of her brother. The brother promises to protect and take care of sister. The festival is an occasion to celebrate brother-sister like family ties between cousins or sometimes between biologically unrelated men and women. 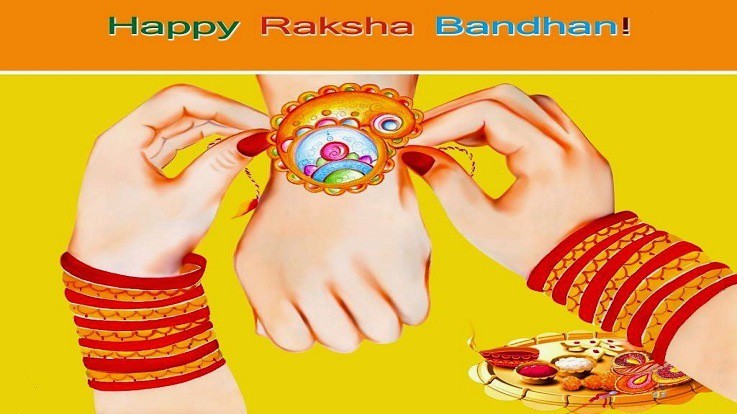 According to Bhavishya Purana, in a war, Lord Indra was disgraced by King Bali. Indra’s wife Sachi sought help from Lord Vishnu, who gave her a holy cotton thread. She tied the holy thread around Indra's wrist. Indra defeated the Bali and recovered Amaravati. The story suggests that in ancient India, the Raksha Bandhan thread was considered as prayers and it was tied to guard men going to war.

According to Bhagavata Purana and Vishnu Purana, when Lord Vishnu won the three worlds from the demon King Bali, he asked Vishnu to stay with him in his palace. Vishnu's wife, Goddess Lakshmi did not like the palace and preferred that she along with Lord Vishnu must return to Vaikuntha. She tied a rakhi and made Bali her brother. Bali asked her what gift she desired. Lakshmi demanded that Lord Vishnu should be allowed to reside in Vaikuntha. Bali consented, as well accepted her as his sister.

According to another legend, the God of Death, Yama had not visited his sister Yamuna for 12 years. She was sad. Goddess Ganga reminded Yama of his sister, upon which Yama visited her. The Yamuna was overjoyed to see her brother and prepared delicious food for Yama. He was delighted and asked the Yamuna what she wanted for a gift. She wished that he should see her again soon. Yama was moved by his sister's love. He made river Yamuna immortal.

On the morning of Raksha Bandhan, a lamp is lighted which signifies fire deity. The sister ties the rakhi on her brother's right wrist. Sister prays for the well-being, prosperity, and happiness of her brother.

In West Bengal and Odisha, this day is known as Jhulan Purnima. Prayers are performed for Lord Krishna and Radha. Sisters tie Rakhi to brothers and wish immortality.

In Maharashtra, Raksha Bandhan is celebrated along with Narali Poornima (coconut day festival). Kolis or the fishermen offer prayers to Lord Varuna, the God of Sea, to invoke his blessings. Coconuts are offered to Lord Varuna. The sister tie rakhi on their brother's wrist.

In Jammu, it is a common practice to fly kites on Raksha Bandhan. The sky is filled with kites of all shapes and sizes.

In Haryana, apart from Raksha Bandhan, people observe the festival of Salono. It is celebrated by priests solemnly tying amulets against evil on people's wrists.