Goddess Sita is the central female character of Ramayana. She is the consort of Lord Vishnu(Goddess Lakshmi) and took a mortal form on Earth in the Treta Yuga to fulfil her duty as a wife. She is the daughter of King Janak of Janakpuri and is the consort of Lord Ram. She is considered to be an incarnation of Goddess Lakshmi, the Hindu Goddess of Wealth and Happiness. She is the symbol of courage and sacrifice and is held in high esteem for her feminine virtues.

Goddess Sita led the life of a chaste woman and has set an example of a strong, arduous and virtuous woman. Being the daughter of Mother Earth she is considered to be the personification of fertility, abundance, prosperity, happiness and peace.

She is referred by many names. Firstly she is called as Sita for being found in furrow. She is also referred to as Janaki, the daughter of King Janak and also Maithili, the princess of Mithila. Another least common name of hers is Vaidehi, because King Janaka was also known as Videha due to his ability to transcend bodily consciousness.

Story of Her birth

The legend behind the birth of Goddess Sita is as supernatural and divine as her life itself. Legend says her birth was primarily for freeing the earth from the demon king Ravana.

She is the daughter of Bhumi, the Earth Goddess and is the adopted daughter of King Janaka and Queen Sunayana of Mithila. She is named “Sita” meaning “furrow” because of the fact that she was found by the Mithila King and His Queen in a furrow in a ploughed field. It was when the King was ploughing the land as a part of a Yajna, he found an infant girl in a casket. While there has been no strong evidence in support of her birthplace, but it is supposed to be somewhere in Eastern Madhesh plain of Southern Nepal and Sitamarhi near Nepalese border.

The birth of Goddess Sita

Many religious texts have cited different stories in support of her birth, however she being the daughter of Bhumi and adopted daughter of King Janaka is the most prevailing and supported one.

As soon as she reached her adulthood, King Janaka organised a grand Swayamvar for his daughter. The swayamvar was organised in Janakpuridham. All the kings of the time were invited for the occasion. However there was a strict condition for all the prospective grooms; she would marry the person who would be able to string the Pinaka, the bow of Lord Shiva. The difficult part was that, let alone stringing, it was not possible for an ordinary mortal to lift the bow even. 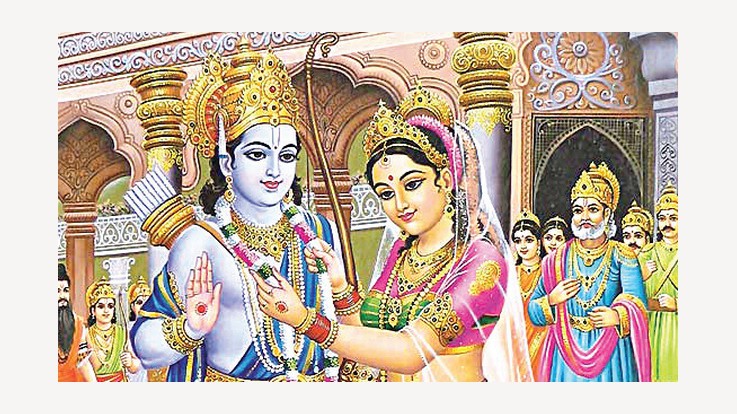 During this time, Sage Vishwamitra, the most venerated sage of ancient times, brought Lord Rama and Lakshmana to participate in the swayamavar. As it is known to everyone Lord Rama stringed the bow and broke it. Thus, he won the hands of Sita! 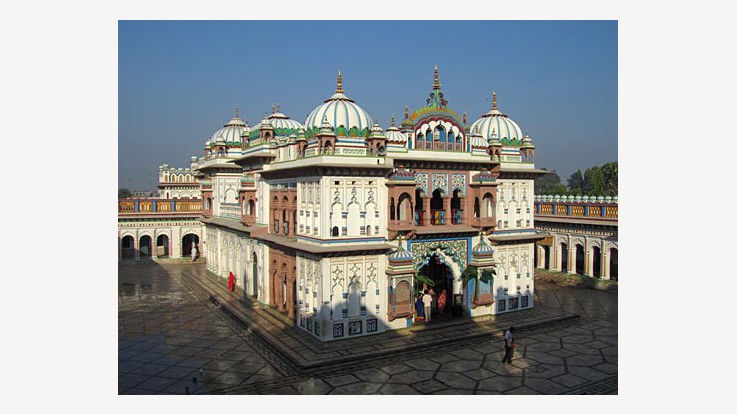 The marriage was solemnised on Vivaha Panchami, under the priestly guidance of Satananda. In the grand ceremony, all the four sons of King Dasaratha got married; Ram married Sita, Bharat married Mandavi, Lakshman married Urmila and Shatrughna married Shrutakirti. The ceremony was held at Mithila, present day Nepal.