Nainital is one of the most famous hill stations in Indian state of Uttarakhand. Elevated at a gorgeous height of 2084 m above sea level, Nainital offers the majestic view of the Himalayas and the lakes. The picturesque beauty is “breath-taking-ly” beautiful. 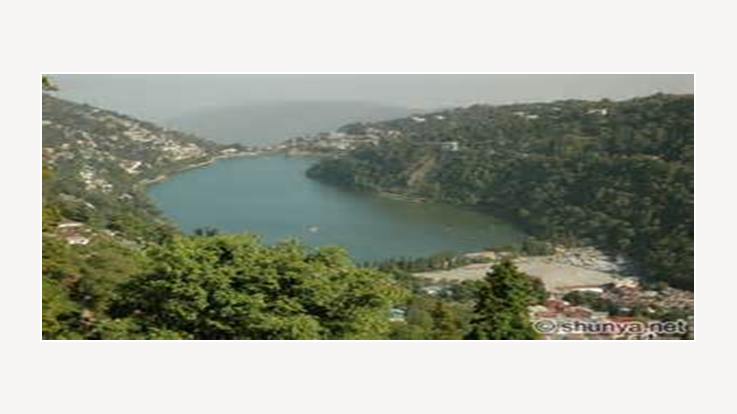 Nainital is set in a valley containing a pear-shaped lake bounded on all sides by mountains. The highest peaks surrounding Nainital are Naina (8,579 ft) on the north, Deopatha on the west, and Ayarpatha on the south.Marvelous views are offered by the sprawling plains in the south or the conglomeration of hills, peaks and mountains lying along north, bounded by the great snowy range which forms the central axis of the Himalayas.

Religious History- The legend says that Nainital has been mentioned in some ancient myths of India. Manas Khand of Skand Puranas, Nainital Lake is called Tri-Rishi-Sarovar, hinting at the story of three sages Atri, Pulastya and Pulaha. It is also believed that the water in the Naini Lake is the holy water from holy Mansarovar lake of Kailash parbat. Thus the merits of ablutions in Naini lake is similar to taking a dip in Mansarovar itself.Nainital is also one of the 64 Shakti Peeths, at Nainital, the eye (or Nain) of the Goddess fell. The Naina Devi Mandir in Nainital is thus a highly revered temple.

Fascinations-From the intoxicating weather to the bounties of nature, to the religious beliefs, reasons are many! Nainital has many places that will cast a spell on you and leave you dumbstruck.

How to reach Nanital-

By Air-Being a hill station, Nainital does not have direct air connectivity. The nearest airport is located at Pantnagar, which lies at a distance of 65 kilometres from Nainital. Most of the air traffic to Pantnagar airport includes private chartered flights. There are no commercial flights operational to and from here.

By Bus- Nainital enjoys excellent bus connectivity to important destinations in North India. Several tour operators operate daily bus service from New Delhi to Nainital, which includes options like air-conditioned, non-air-conditioned, sleeper and Volvo buses. Boarding an overnight bus is the most convenient way to head to Nainital, although some buses operate during the daytime as well.

By Train-The nearest railway station is located at a distance of 34 kilometres at Kathgodham, at the foothills of the Kumaon hills. Kathgodam railway station enjoys good connectivity to important places such as Delhi, Lucknow and Howrah, with daily trains running to New Delhi.