The city of Jaisalmer in the state of Rajasthan is also known as “Golden City”. It enjoys the status of being a World Heritage Site. Jaisalmer, once called Jaisalmer state, lies in the very heart of Thar Desert (The great Indian Desert). The town stands tall on a ridge of yellowish sandstone, crowned by a fort, which contains a palace and is also glorified by several ornate temples of Jainism line of faith. The city dazzles the on-lookers with its golden charm and deciphers with abundant grace, its regal past.

History- The city was founded by Maharawal Jaisal Singh, after whom the city celebrates its name as Jaisalmer, meaning “the hill fort of Jaisal”. Standing fixed in the midst of the yellow sand, is erect a beautiful royal fort carved out of yellow sandstone, giving the entire site a look of sparkling yellow sheet of gold.

The majority of the inhabitants of this city are Bhatti Rajputs. The original rulers of this state were the bhati clan of Yadu Rajputs of chandravanshi. Yadu dynasty claims to be the descent of Lord Krishna, revered as Almighty, a deferred ruler of Dwarka. In 1293, the city was plundered and was left deserted by the merciless assault of Ala-ud-Din-Khilji. Though, it reclaimed its glory very soon. Jaisalmer, was a princely state before independence and also, one of the last states to sign the treaty of British.

Contemporary Jaisalmer- The city of Jaisalmer is an oft-visited tourist spot. It now finds its place on the map, at the India-Pakistan border in western Rajasthan.  Jaisalmer, today, is one of the most preferred event organizing destinations in Rajasthan. From Roadies to Balika Vadhu and Maharana Pratap, and several others were shot in various locations and famous structured hotels of Jaisalmer.

Fascinations- The musicians and dancers are a major cultural export from Jaisalmer to the rest of the world. The “messenger bags”, made from wild camels’ native to this area, are very famous from this city. The golden city is continuously visited by great deal of visitors, who are left spell-bound by its ethereal beauty and dazzling charm.

There are five palaces or Raj Mahals in the fort, all of them are an exhibition of expert carving and intricate designs that are very exquisite. The five Rajmahals are-  Rang Mahal, Sarvottam Vilas, Akhai Vilas, Gaj Mahal and Moti Mahal. The city holds impressions of both Mughal and Rajput art and culture. The magnificent construction of the bygone era is indeed a site to marvel upon. 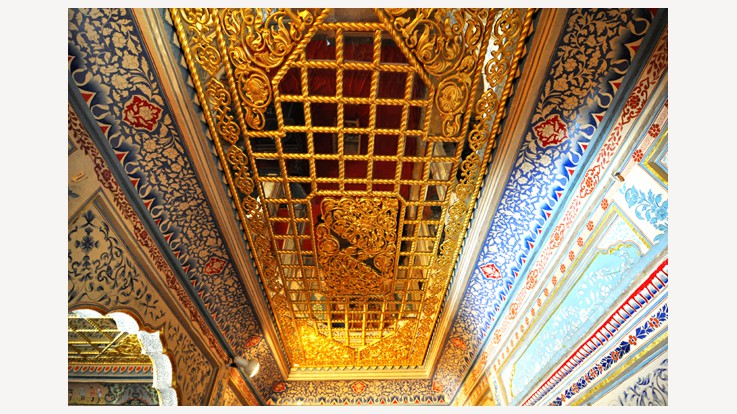 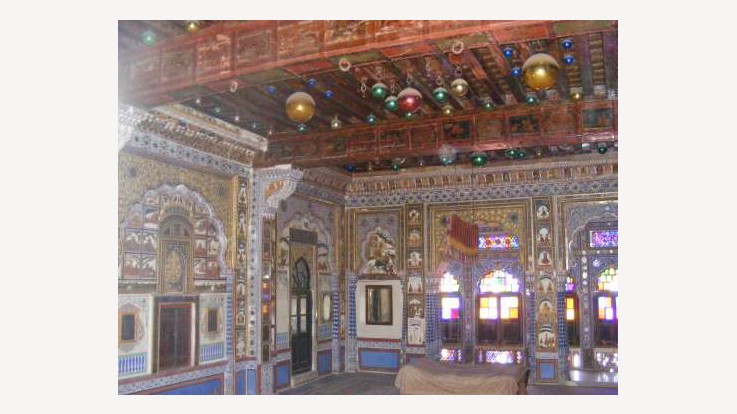 Other architectural and natural landmarks in and around Jaisalmer that are very beautiful, elegant and worth paying a visit are Diwan Nathamal ki Haweli, Badal Vilas, Lodarva, Bada Bagh, Baisakhi, Kuldhara, Akal Fossil Park, Sam Sand dunes and The Desert National Park. A visit to the city of Jaisalmer impregnates the hearts with a soul-soothing charm and serendipity.