Gulmarg, meaning “Meadow of Flowers”, is a town, a hill station, skiing destination in the Baramula district in the Indian state of Jammu and Kashmir. Well within the protective embrace of the mighty Himalayas, this town is a land covered in the quilt of snow, at a distance of 52 km from Srinagar. The nature is at its marveling glory in the hill station of Gulmarg. An experience to treasure for life! 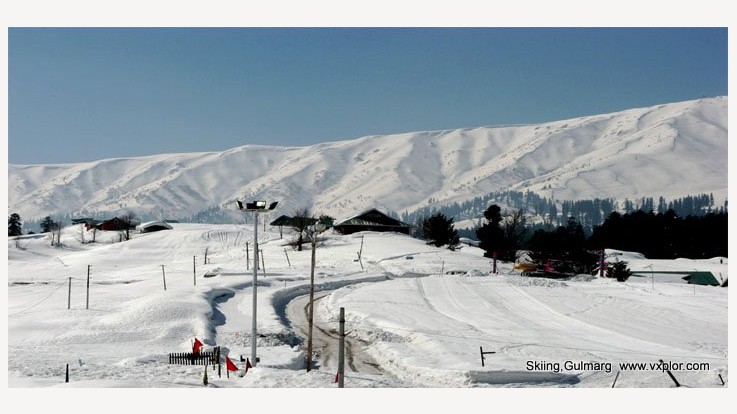 Origin and Mythology- The mythological belief of this place, is affiliated straight to Lord Shiva and Devi Parvati. It was originally called GauriMarg, as mentioned in Shivpurana. A temple dedicated to the Mahadev(Lord Shiva) is still there if the heart-centre of this arboreal land.

Nestled within the imposing Himalayan peaks, now called Gulmarg, is one of the most visited destinations in Jammu and Kashmir.

Adventure and Attractions in Gulmarg-

The slopes of Afarwat Hills of the Pir Panjal range of the Himalaya chain boast one of the longest and highest ski slopes in Asia. The resort peaks and long stretch of ski lifts can be accessed by a telecabine.  Due to its geographical position, at a considerable altitude, the hill station of Gulmarg receives heaviest snowfalls in the Himalayas and is thus branded as the best ski resort in the Himalayas. 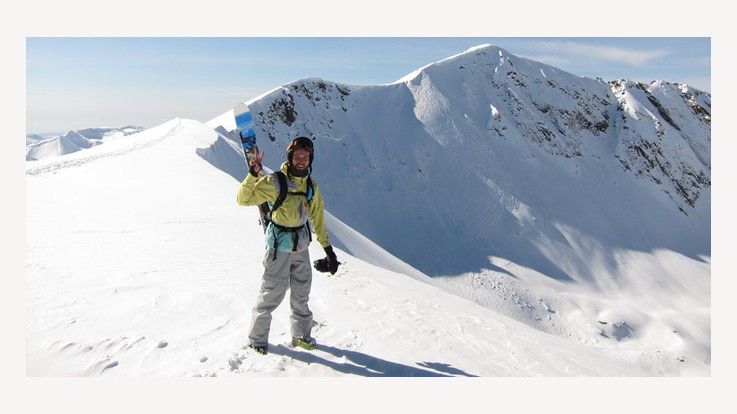 The people who want to experience the thrill of adventure are hypnotically drawn to this scintillating destination.  CNN has labeled Gulmarg to be the “Heartland of Winter Sports in India”.

Not just winters, Gulmarg celebrates its summers with equally enthusiastic visitors. Outdoor sports such as Golf, Trekking, mountain biking, horse riding, water skiing and fishing are enjoyed by people. The Golf club in Gulmarg is the highest golf club in the world. 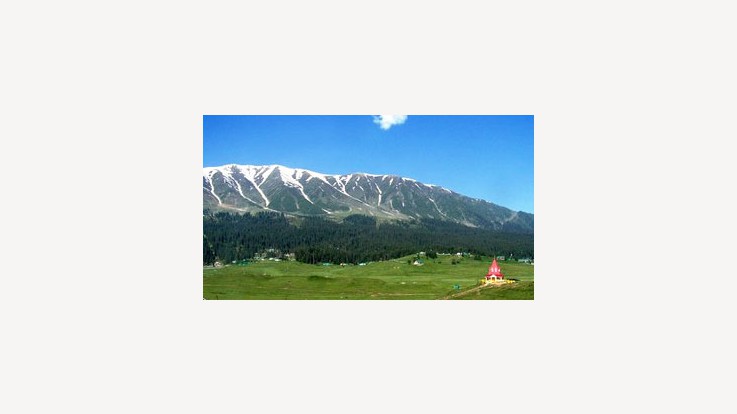 From poised elites to boisterous youth; from religious devotees to dreamy couples, Gulmarg is a place for one and all.It is an experience that will remain etched in your heart forever.

The beautiful snow covered lands have attracted movie-makers since time immemorial. From Jab tak hai Jaan to Highway to Yeh Jawani Hai Deewani and in the past going back to Bobby, many directors have considered this land as a beautiful shooting destination. 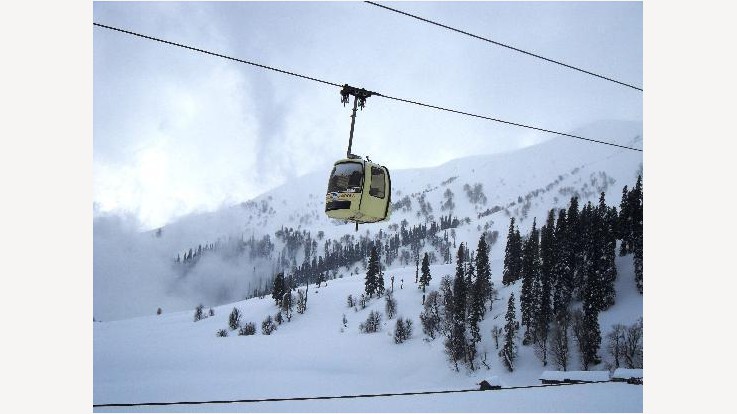 The two stage ropeway ferries about 600 people per hour to and from Kongdoori Mountain, a shoulder of nearby Afrawat Peak (13780 ft). Though the weather plays a tricky game, but in favorable weather conditions, Gondola runs from 10 AM to 5 PM. The charges are also very affordable and nothing as compared to the experience it offers.

Meadows of Gulmarg- The arboreal land of Gulmarg is a “land of roses”. The mesmerizing beauty of fresh blossoming flowers is inexplicable. The feeling is beyond words and the experience is heady. 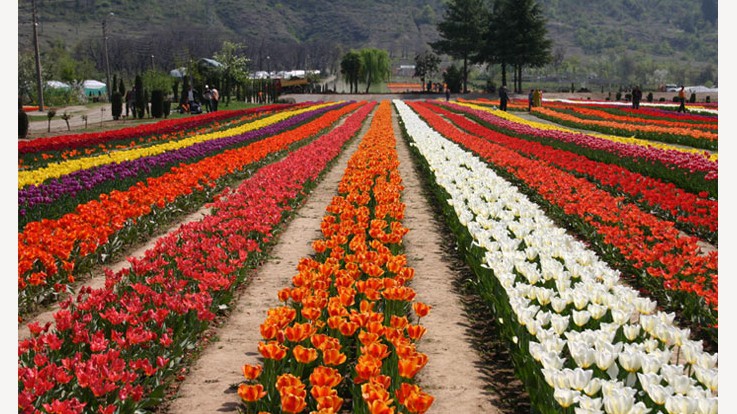 If you are in Gulmarg, then you have to witness the ethereal beauty of the rose gardens, which gives the place its most suited name, Gulmarg!  Be it the fanaticism for sports or love for nature. Be it fascination for snow or attraction towards the arboreal lands, the meadows of Gulmarg are an enthralling and mesmerizing experience to have and to treasure.