Pink is the colour of hospitality, and hospitality is indeed, in the very fabric of the city of Jaipur, the largest city in the state of Rajasthan and also its capital. It was founded by Maharaja Sawai Jai Singh, in 1727, after whom, the city holds its name. It is included in the Golden Triangle along with Delhi and Agra. The city of Jaipur mesmerises and enthrals the visitor with its beautiful forts and warming hospitality. 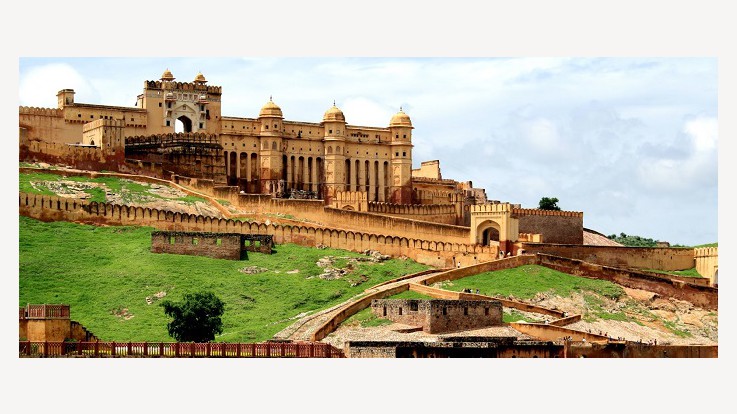 History:Jaipur is India’s first planned city planned according to Vastu Shastra(Vedic instructions on directions and construction) by a Bengali architect Vidyadhar Bhattacharya, in 1727. The city is very unique in its planning. It is intriguing to realize that every street is directed East-to-West or North-to-South. The eastern gate of the city is called Suraj (Sun) Pol and the western gate is called Chand(Moon) Pol.  The city is marvelous in its appearance. Despite of being a pre-modern city, its vibrancy induces a sense of awe and admiration.

Apart from the beautiful forts, Jaipur is also famous for its art and crafts and culture. Jaipur is a peculiar blend of rudimentary culture of the bygone eras and the pounding pulse of western and technological advancements. The city is both antique and brand-new. Though, this comparison sounds paradoxical, the exact realization is abundantly evident in every nook and corner and in the very ethos of this Pink city of India.  The ancient rulers propagated and fortified the exchange of different ideas. Artisans were invited from different corners of the nation and abroad.

Maharaja sawai Jai Singh has adorned the city with many beautiful forts. Every place is awe-inspiring and needless to say, hypnotizing.

It is a real delight to visit this city. To many a visitors, the feeling is ecstatic and the overall experience inexplicable. Words fail to explain the serenity, beauty, grandeur and lavishness of these forts and the elegance of the intricate designs of artwork available in this lovely Pink city of Jaipur.