Manali, the awe-inspiring hill station, nestled between the mountains of Himachal Pradesh, a north-Indian state. The thick cover of snow that covers the mountains in soft white quilt offers an enchanting picturesque view. Amidst the snow capped mountains, rippling water of the river valley, one feels like coming home to nature and its comforting and rejuvenating embrace. The aura is impeccable. To witness the azure sky caressing the silvery peaks is a feeling so divine!

History- Manali is named after the Hindu law giver “Manu”. Manali is a combination of “Manu-Alay” meaning “Home of Manu”.  Legend has it that safe Manu had landed on this land to recreate human life after a great flood had devastated it. The Old Manali has an ancient temple dedicated to the holy sage. This hill station is thus also sometimes called “Valley of Gods”. 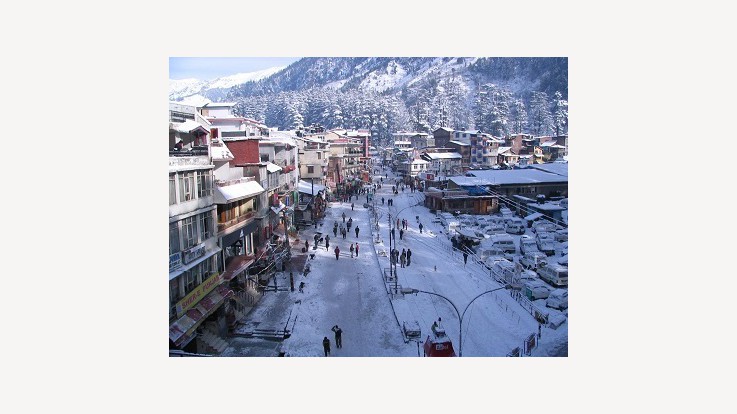 Fascinations-Adventure sports: The snow covered mountains having a fine slope are the perfect destination for all sorts of adventure sports. Skiing, hiking, trekking etc are all enjoyed in this area.

Snow- The soft wool-like fresh snow that falls in the winters are  a great attraction for people. A divine aura is created, mesmerizing environment hypnotizes the visitors. People of all ages celebrate the snow by making a snowman and throwing snowballs at each other. The laughter echoes and fills the air.

Dussehra-Celebration:  The celebration of Dussehra every year exhibits the rich cultural heritage of this land. The event is grandiose and overwhelming. People come here specially to witness this festive season.

Temples:  Being called the “Valley of Gods”, Shimla is home to the God, as evident from its more than divine atmosphere. But apart from the legendary beliefs, many temples are erect on this land. There are small, big, antique and exquisite temples that are profoundly revered.