Concept of Ardhangini in Hinduism:

According to the ancient scriptures, there exist different forms of marriages. In a traditional Hindu marriage, there lie various concepts that outline its significance. One such concept is a wife is considered as Ardhangini in the Hindu marriage. The eternal being is composed of two halves i.e. the man and the woman. In Hinduism, both the halves are equal and one-half is incomplete without the other. The ancient Hindu tradition says that a man’s life can never be complete without a wife i.e. his Ardhangini or his better half.  The husband and wife fulfill the fourfold aim of the dharma of life. They are considered to be equal partners and they participate equally in the fourfold aim that is Ethical perfection, Karma, Artha, and Moksha. A noteworthy fact is no one is superior to the other as each one has particular duties to perform, chores to complete however their social responsibility and obligation is different from one another.

If we scan through the pages of sacred Veda, we will find that Vedas has never considered a man to own a woman and treat him like his property however from the pages of History it is certain that in some periods of time woman has been considered as man’s property. History even says that the role of a woman is inferior to that of her husband while her husband plays a superior role in the family. Husband has been considered as the Karta of the house.

In a typical Hindu marriage, there is a tradition of the bridegroom holding the hand of the bride. According to this ritual, the husband promises an equal lifelong companionship.  There are many rituals associated with a Hindu marriage like to tread or press the stone, circumambulation of fire and oblation of parched grain. It is evident from these rituals that are performed in a Hindu marriage, a girl is considered equal to a boy as the performance of these rituals shows dignity and pay respect to a girl.

The Hindu marriage never considers a girl a property or a commodity rather the tradition and the rites prove that a girl is considered a human being of high respect. 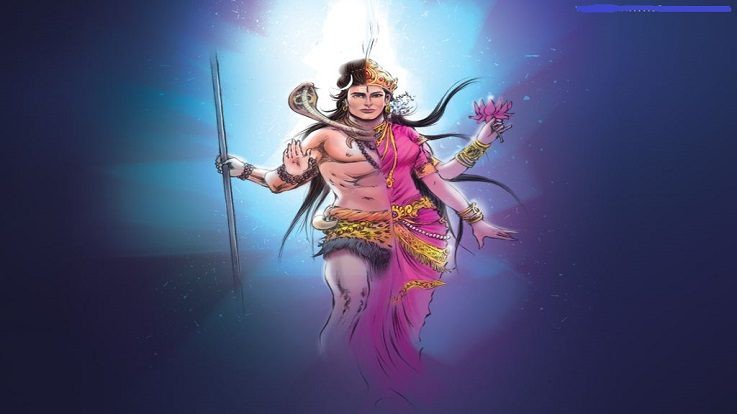 Dampati is the word which is often used to talk about a husband and a wife. Dampati stands for the owners who owns and resides in a house jointly. They work and share work together in terms of biological and psychological dharma.  A common saying is a husband provides the seed and the wife gives the field for the fulfillment of the cosmic process of evolution. Again, both shares joint responsibilities in rearing up the children and the sacrifice and contribution of a wife is always crucial in this rearing up the process.

A Hindu woman has equal rights as a life partner as they are allowed to participate in all religious ceremonies. There are instances of famous sacrifices like Sita harvest sacrifice and the sacrifice of Rudrabali for prosperity. All these sacrifices are all made by women.  Hinduism says that the presence of wife is mandatory during the performance of any ritual or sacrifice. During the ashvamedha sacrifice, Sita’s absence was fulfilled by making a gold statue of Sita.

Our history tells us that women hold a very significant position since ancient times. She was often called “Sakthi” which was equivalent to being powerful and strong.  Even the male power came from Sakthi. In Hindu religion, devotees believe in the dual workshop like they worshiped Siva with Shakti and Rama with Sita together. As husband and wife are equal in all respects and they are considered as equal halves of one substance, hence the concept of Ardhangini exists.