India is a land of a number of legends and stories. Each story teaches us a different lesson and guides us towards a different way of living. One such legend is of Dhruva, who was a devotee of Lord Vishnu. Dhruva was the son of King Uttanpada. His stories have been recorded in Vishnu Purana and Bhagavata Purana.

Suruchi was a selfish woman and hated her stepson. She wanted her son Uttam to become the next king. King Uttanpada loved the younger queen more because of her beauty and influence. Under her influence, the King ordered Suruchi and Dhruva to leave the palace. The mother- son duo started living in the forest. Dhruva was a strong follower of God.

One day, Dhruva went to the palace to meet his father. He saw Uttam sitting in his fathers lap. Seeing this Dhruva requested his father to let him sit on his lap. As soon as he requested this, his stepmom Suruchi came forward and asked the King not to consider his request. Deeply hurt and angry, Dhruva left the palace. When he came back, he asked his mother why he not had any place in the palace and in his father’s life. To his questions, Suniti had no answers. Dhruva said “You said god is good to people who pray and believe in him. Now I will go and find God”. 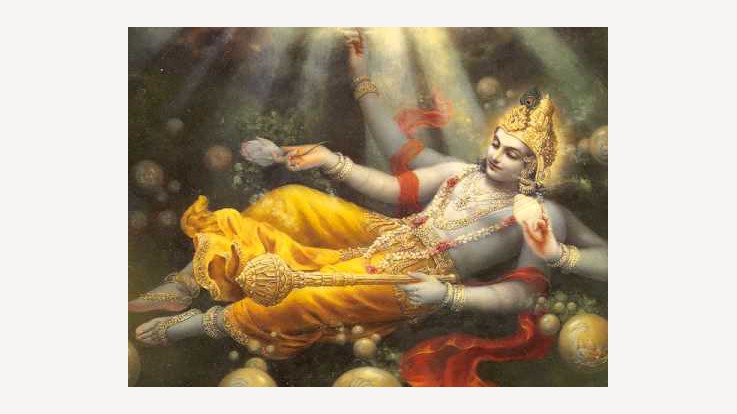 Dhruva decided to go to the forest and pray to god. One fine day, he met Narad Muni, who was worried with the fact that a small boy like him would face a number of challenges in the forest. But determined to find Lord Vishnu, Dhruva denied leaving the forest. Pleased by his determination, Narad Muni taught him two important things one being how to survive in the forest and other being the mantra “Om Namo Bhagvate Vasudevaya”. 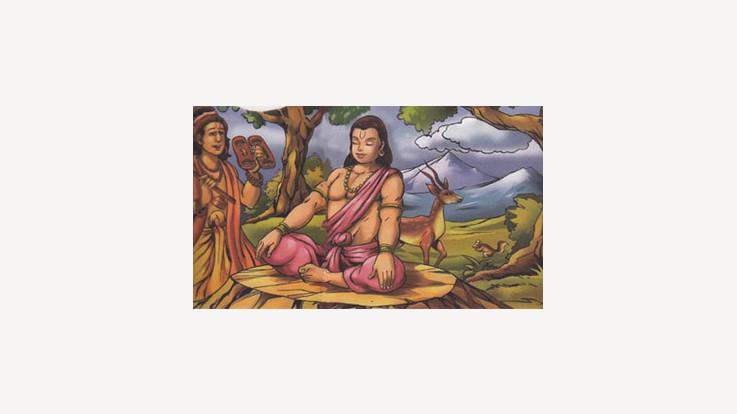 Dhruv and his encounters with life

Pleased his devotion Lord Vishnu appeared in front of Dhruva. He blessed Dhruva with a place in his father’s lap. He was also blessed with a permanent place in the sky after his death. 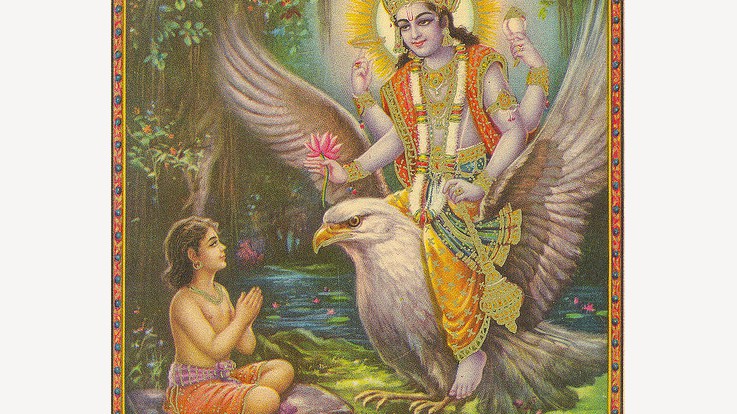 King Uttanpada came to know about Dhruva’s living in the forest alone. He felt sorry for his actions. Narad Muni told him what challenges Dhruva faced to worship Lord Vishnu. The King asked his men to call for Dhruva from the forest. The day Dhruva was returning to the palace, King Uttanpada welcomed his son in the palace by taking him in his arms. He announced that a boy who could face a number of challenges in such a young age could be an ideal choice for becoming a king. King Uttanpada repenting his previous mistakes went to live in the forest.

Dhruva became the king and ruled for many years. He went ahead spreading the thought of peace, equality and justice in his kingdom. After his death, he attained the position of a permanent star in the sky named the Dhruv Tara. Unlike the other stars, the Dhruv Tara occupies a permanent position in the sky all around the year. 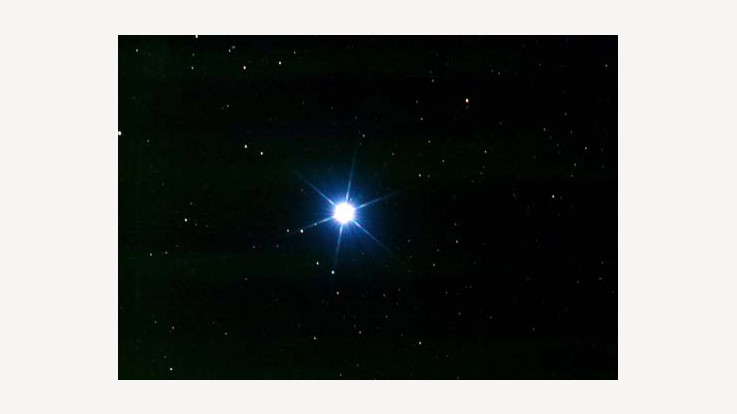 Tags: Mythology Stories
Related for you