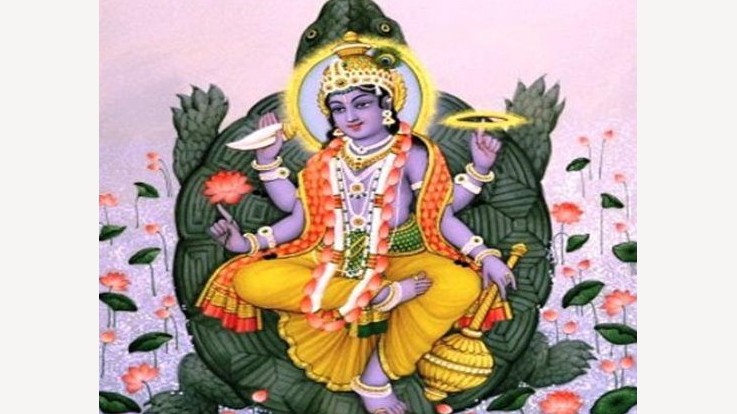 Legend behind the Kurma Avtaar:

The Avtaar was taken up by Lord Vishnu to help Devas to churn out the amrit from Samudra Manthan or churning out of the ocean. The interesting story involves both demons and gods who were in an age long battle to churn out the nectar from the ocean. The gods suddenly lost all their powers due to the curse of a short-tempered sage called Durvasa. The sage once presented Lord Indra with a garland of flowers. But carelessly, Lord Indra threw it away to his elephant, making Durvasa angry.

The Devtaas approached Vishnu for help. They asked Lord Vishnu to help them churn out the milk from the ocean by adding some medicines. But instead Lord Vishnu suggested to make Mt Mandara the churning stick. 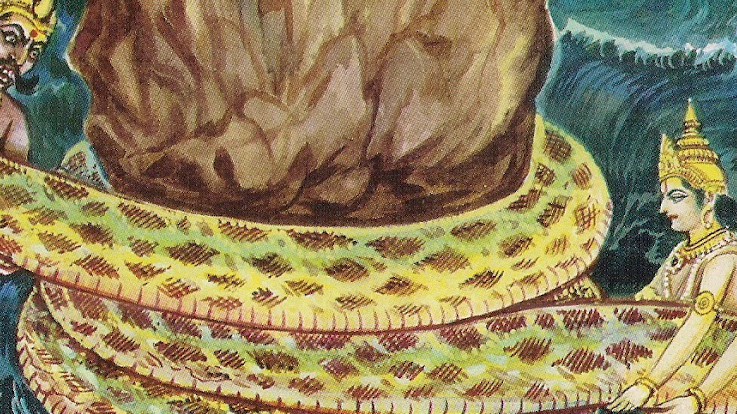 He suggested the Devas to ask Asuras for help in lifting the mountain, in exchange to offer a portion of the nectar of immortality that would ensue from the churning. Both the parties agreed to the pact and started to churn the ocean using the serpent Vasuki as the rope.

At the start, playing a Machiavellian trick, Indra, King of the Gods asked the asuras for the head end of Vasuki. But smartly, the Asuras understood false play.  The Asuras decided to take out the head in the end as the poison from Vasuki was slowly poisoning and weakening them. But as the churning proceeded, the mountain started to sink, Lord Vishnu incarnated as tortoise to keep the mountain float. As soon as the nectar came out, Asuras grabbed the nectar. In order to protect the interests of the Asuras, Lord Vishnu took the form of an Apsara (a beautiful maiden) and enticed them to let her distribute the nectar according to her wish. The Apsara first distributed the nectar to the Devtaas, as soon as they finished the Apsara disappeared. 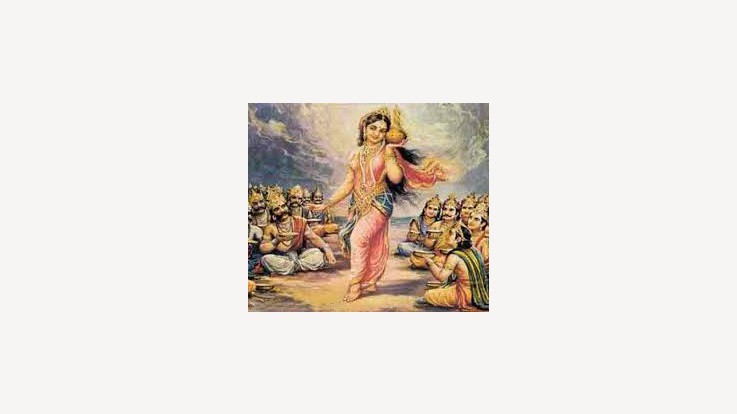 Lord Vishnu in the Apsara's Avatar

Where is the story mentioned?

The story has been mentioned in the Bhagavad Purana, Agni Purana and Ramayana.To celebrate the victory of Devas over the Asura's , Kurma Jayanti is celebrated. The day is celebrated in the month of Vaisakha on the full moon day.